Would Love and Thunder unleash the War of the Realms? 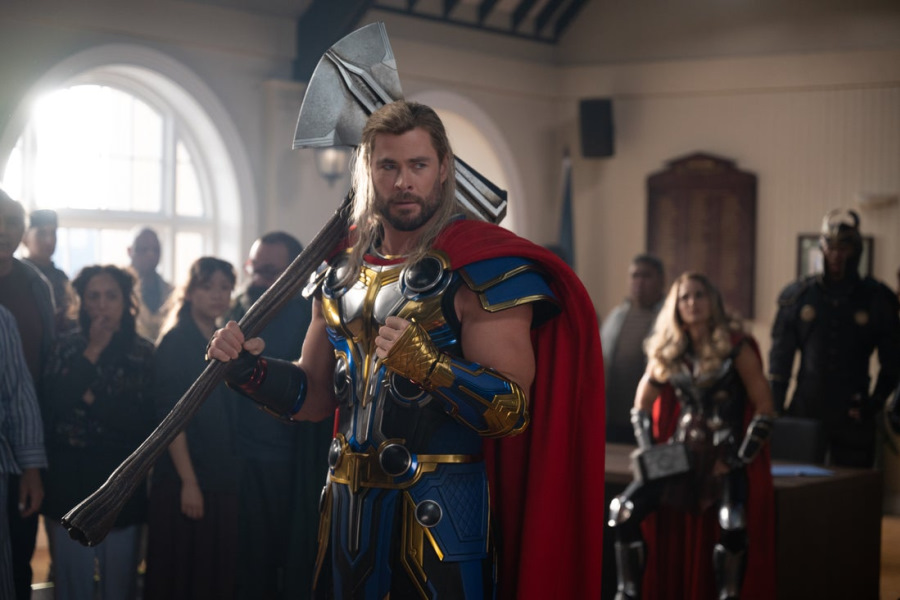 The Marvel Cinematic Universe has one of its most concurrent themes in war, and after the end of Thor: Love and Thunder, the gods would be forging The War of the Kingdoms

Thor: Love and Thunder not only introduced us to Gorr and Jane Foster as Mighty Thor, its ending may have set the stage for an adaptation of a God of Thunder arc that came in recent years, War of the Realms. ).

Don’t Miss: The Comics You Should Read Before Watching Thor: Love and Thunder

The post-credits scene of Thor: Love and Thunder left us with Zeus recovering from his injuries, but with a very evident fury.

The God of Olympus speaks of the way in which the deities have lost believers, who have marveled at the actions of superheroes throughout the Universe.

Given this, Zeus promises to arouse the fury of the ancient gods and thereby exercise cruel revenge against humanity, and his son Hercules would commission him to face Thor.

Is The War of the Realms coming?

In April 2019, Jason Aaron and his creative team looked for a way to say goodbye to a long career at the helm of Thor stories, and what better way than with a crossover that had not been seen in the House of Ideas since Civil War.

The War of the Realms vignettes bring us back to Malekith, who thanks to a group of followers, escaped from the prison where he was, after his last defeat at the hands of Thor.

As King of the Dark Elves, Malekith manages to subdue eight of the nine kingdoms, so he begins a crusade to conquer Midgard, the land. With a huge head start, Thor is trapped by the frost giants.

Faced with the threat of Malekith, heroes like Black Panther, Spider-Man, Wolverine and Captain America, among others, will face the threats before it’s too late.

In the MCU Zeus and Hercules can become the great instigators of this conflict, guided by the hatred they feel towards Thor, who begins a new stage as a mentor to a little girl who could be the key to future exploits.

It may interest you: Reasons why Marvel’s War of the Realms should be in your collection

All kingdoms have fallen to Malekith and his army except one, Midgard, the home of the humans that Thor loves so much, place of heroes and gods as well.

Unfortunately the allies of the dark elf have begun their invasion and now the Earth is in flames. New York falls into a deep state of chaos with the arrival of the conquering army. Thor finds himself trapped in the land of the Frost Giants and the Earthling forces are overwhelmed. Faced with this situation, our heroes contemplate the defeat of Midgard.

SMASH and Marvel Comics Mexico bring you Thor: War of the Realms. An unmissable item from the authorship of Jason Aaron and Russell Dauterman.

casual war miniseries from the creator of ‘Peaky Blinders’ on HBO

One of the harshest portraits of the war is found in this German Netflix film that has become one of the unexpected sensations of the year.

Michelle Salas reacts to her mother’s courtship with Humberto Zurita: “I have known them all my life”