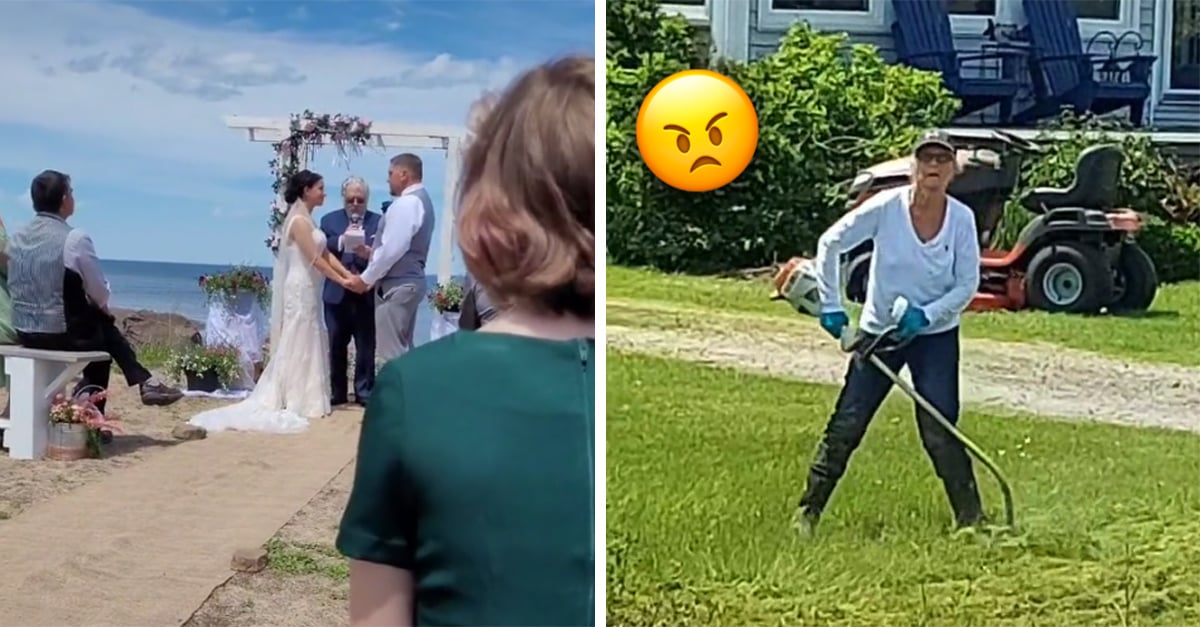 Having scandalous neighbors is a nightmare, because there is never a lack of someone who plays his music at full volume, late at night and, furthermore, on Monday or the typical man who likes to park in your garage and there you are knocking on the door of your house to move your car.

There are many types of neighbors, but, without a doubt, no one has been as evil as the lady in the United States who ruined the wedding of some young people at the moment they were saying their vows.

The most important day of their lives arrived and the happy couple in love was preparing to enjoy the ceremony in the company of their family and friends. But they did not count on the fact that at that precise moment, her neighbor, “Karen”, was going to take the lawn mower and shape her garden.

Through a video shared by the TikTok user @vampyric, we were able to see and hear how at the beginning of the ceremony, Karen decided to go out to mow the lawn, causing an uncomfortable noise with the mower’s engine.

So far, no one has explained what was the reason for “Karen” to leave her house at that precise moment and act in such a way. However, one guest claimed that the noise was so loud that people couldn’t hear the couple’s vows.

Could it be that she was angry because they didn’t invite her? We will never complain about our neighbors again!

They will be the 20 participants of Exatlón Estados Unidos: World Edition

Quentin Tarantino hasn’t decided on his next movie yet, but he will educate us with his new book on cinema