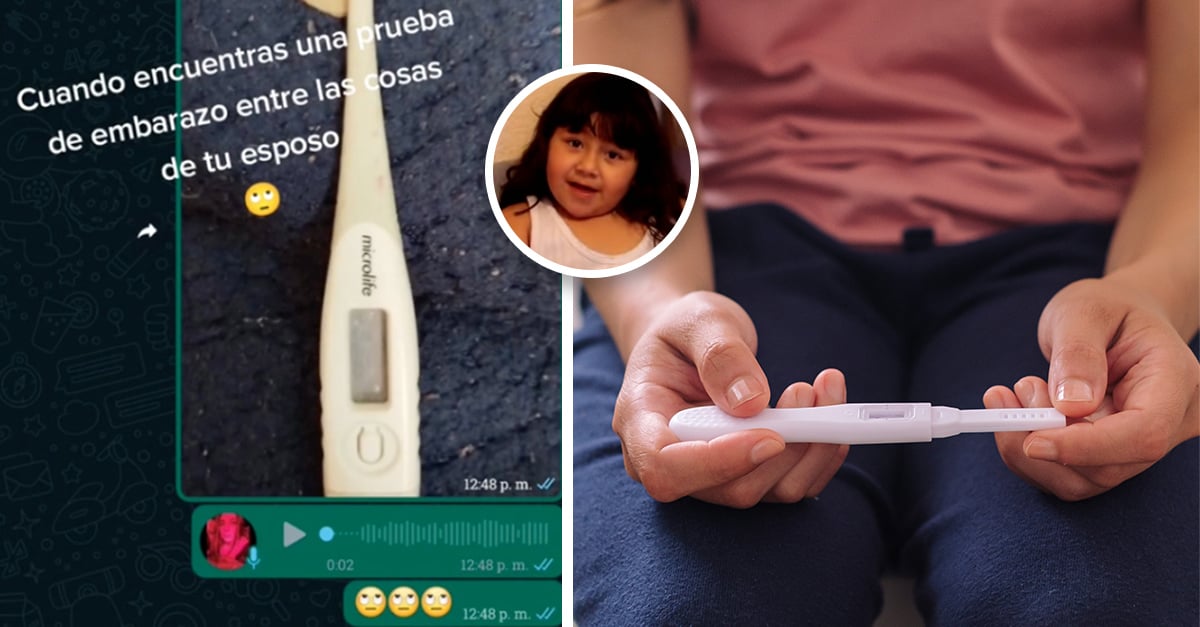 TikTok has done it again. As you know, this platform became the favorite of many to share their anecdotes, so once again it gave us the opportunity to witness the curious and funny story of a couple that made more than one laugh.

Recently, the video of the user @morenodii went viral after showing how she was a victim of her own ignorance, since she was already suing her husband for a mix-up after finding a “pregnancy test” among his things that turned out to be just a thermometer.

They say well that you have to investigate before speaking, but when things happen that cause us a strong reaction, emotions win out over reasoning and cloud our ability to analyze or reflect. This is why as soon as the woman found the object, she decided to take a photo of it and send it to her husband asking whose pregnancy test it was.

Faced with this, the man replies that it is not what he thinks, since it is a thermometer, for which the woman did not manage more than to let out a laugh when she realized her mistake, and then, between laughs, said that for for a moment his most toxic side had come to light.

As for the husband, he took the situation with humor and told his wife that he would show it on Facebook to expose how toxic it is. Meanwhile, this confusion caused laughter among the users of the platform, who were also confused by the thermometer and did not hesitate to leave their comments.

‘I knew it was a thermometer because he said so, otherwise I’d still believe it’s proof’; ‘My toxic side also sees a test’; ‘I’m not laughing because it clearly could be me’; ‘When you don’t know why to fight anymore and you look for anything’.

With this, two things are clear. The first, that anyone would have been confused, and the second, that you have to investigate first before “playing the bear” by allowing our toxic side to dominate us.

Mechanical game falls from a height of 24 meters in India

Gerard Piqué is out of his mind: he breaks a reporter’s cell phone after being questioned about Shakira: VIDEO