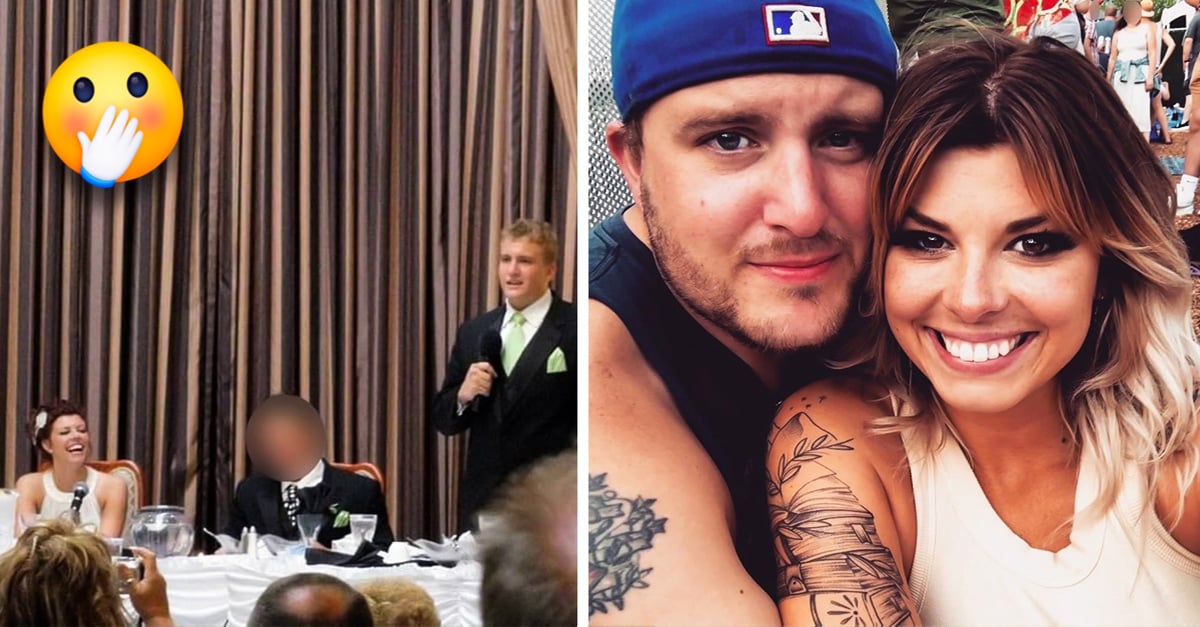 Love is a rather peculiar feeling, because we never know how, where or when it will arise or how long it will last. Even so, when it arrives, our life changes completely and we are willing to do everything to keep it or pursue it.

One story that proves it is that of a divorced woman who found solace where she least expected it: in the arms of her best man, who was a very good friend of her ex-husband.

He was always in love with her

Desiree White met Bryant White when they were both in high school. Although it was an immediate crush for Bryant, Desiree was dating another guy at the time, and Bryant respected her relationship and never tried anything with her. Unlike! Upon meeting her boyfriend, Bryant struck up a great friendship with him.

I remember that from the first moment I saw Desiree, I fell in love with her. I knew she had to be mine. I thought she was the most beautiful person I had ever seen in my entire life. I had never met someone like her. When I found out that she already had a boyfriend, I thought I had to figure out a way to win her over, but then I met her ex and we became friends.

He did not give up

Years passed and Desiree got married and Bryant was best man at her wedding. Just like in a romantic movie, he confessed during his speech that he had always been in love with Desiree. At that time, no one knew what to do and the bride just decided to ignore what had happened. But a year later, she divorced her and this time, Bryant wasn’t about to let her go.

When Desiree needed someone to support her through one of the most difficult times of her life, Bryant was there for her. He invited her to eat and to go out to distract himself from her and for her not to sink into her sadness. One day he decided to confess her feelings again and this time it was reciprocated.

Everything happened in its time

A year later, they were already planning their wedding and expecting their first child, Sawyer, who is now nine years old. Now that they have been together for almost a decade, they have four children in total and are as happy as the first day.

Things between them went exactly as they should, since Desiree always says that she could not have been Bryant’s girlfriend when they were younger, since he had to mature a lot and at that time he was not the right person for her.

I tried to get Bryant dates so many times. I even went on double dates with him and I always tell people that I could never have hung out with the person he was before. He had to grow up and at that time I didn’t see him in a romantic way.

Despite this, Bryant was always head over heels in love with her and on their wedding day, Desiree looked so beautiful that she just couldn’t hold her feelings in any longer. From the moment he saw her that day, she knew Desiree that there was something different about him.

The day of the wedding I went to the room when they had already finished getting ready. Bryant walked into the house and froze and just looked at me. I greeted him and he told me that he looked beautiful. I had never seen him look at me like that before, but I thought he was being nice because it was my wedding day.

Some people have asked them if there were feelings of discomfort because they had been friends for so many years, but Desiree assures that this is not the case, on the contrary, they have a very happy and solid relationship, built on friendship and mutual support. .

It was never awkward. Everything was amazing. She had never felt something like this for someone else.