Woman in love marries her ex 10 years after breaking up 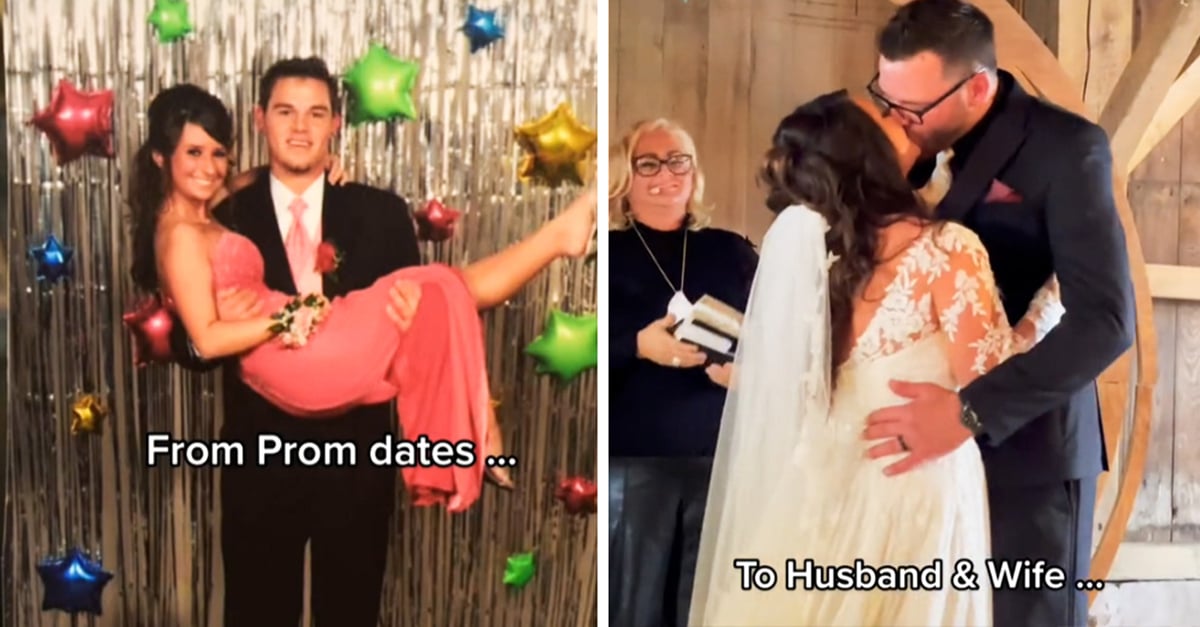 More than a decade ago, Miranda and Andy Howell were dating, but when they met again, love resurfaced between them with great force, making them live one of those love stories that only happen in movies.

When they were students, Miranda and Andy lived a fleeting romance of three weeks, but despite how short it was, it left a deep mark on both of them, because when they got back together they could not be separated.

They say that first love is never forgotten, because it is lived with a mixture of innocence and intensity that always leaves us yearning for its memory. Most of the time romance ends not because of lack of love, but because of the immaturity of the first years or the different directions that life tends to take.

This was the story of Miranda and Andy, who met when they were in their last year of high school, but love could not thrive between them because at that time Andy faced the death of his grandparents. Furthermore, he did not feel prepared to continue the relationship. Miranda then moved to southern Ohio in the United States, although they did not completely lose contact.

They always remembered each other very fondly and occasionally got together when she returned to her city. However, in ten years they never resumed their relationship and she Miranda continued with her life until she became a single mother.

After the failed relationship with the father of her son, the woman took a year for herself, managing to love and rediscover herself. After this time, Miranda decided to give herself a new chance with Andy. It was thus that love resurfaced with all its strength after having been dormant for a whole decade.

On her TikTok account, Miranda shares the videos she makes as a content creator, so it was on this platform that she told us her exciting love story, because after a relationship for a while, her soul mate asked her to marry him. She now lives happily with her husband, who has an excellent relationship with her son and they are looking to expand her loving family with the arrival of a baby.

True love does not die with the passage of time or distance. pic.twitter.com/bCD2sJdkZ1

From graduation dates to being husband and wife. This year he has been the most challenging, but also the most rewarding. I would never change how far we’ve come. You’re my best friend. My soul mate. My twin flame. One year less of the rest of our lives to live.

From the ICU, Jeremy Renner celebrates his birthday

Daredevil and Matt Murdock receive their individual posters in She-Hulk