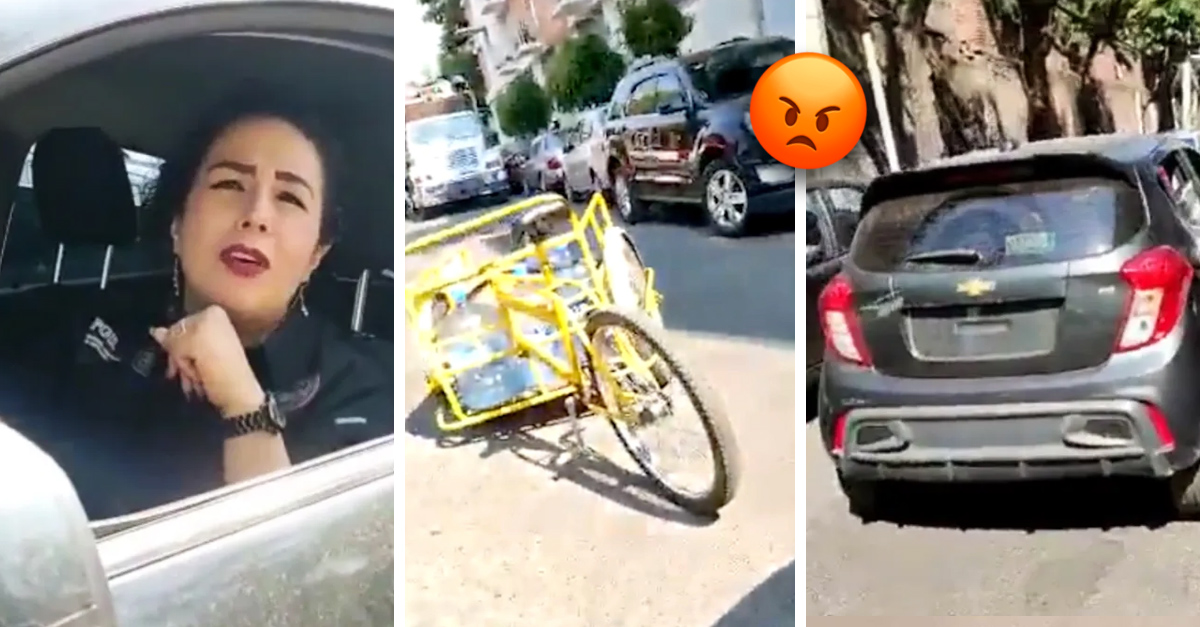 In Mexico it is very common for some public servants to abuse their power, either to save themselves from a bad situation or simply to intimidate the people with whom they have committed arbitrariness. Fortunately, with the help of cell phones, today it is easier to make a complaint, since it is only enough to record the event, upload it to the networks and wait for it to go viral in a matter of minutes.

Just like that, “Lady FGR” emerged, a woman wearing a shirt with the acronym of the Office of the Attorney General of the Republic (FGR), who after hitting a delivery boy on a tricycle, threatened to call his colleagues, assuring that whoever was carrying her losing was the young man and, in the end, he ended up going on the run.

The story of this public servant was made known through a video posted on the TikTok account carry3220, which was recorded by the delivery man she bumped into. In the clip you can see the woman inside her car, without accepting her guilt, on the contrary, she threatens the young man saying that she will call a unit. In addition, she assured that if her team arrived, the boy would do badly, so she did not want to have problems with him.

The young man insists that the woman take responsibility for the damage to her tricycle and tried in the best way that everything will be fixed and that she will accept her fault, but it was not like that, since the public servant not only said that her car is quite expensive, but without any fault, he started his car and left the place.

Are you going to pay me for the damage to my car? Do you know how much my fascia costs? Please be careful.

After the woman fled, the young man recorded the car, reporting that the vehicle did not have license plates. At the scene, the delivery man asked a woman who was present if she had security cameras in her apartments and when she answered that she did, the young man asked if she would let him check them to report the cause of the crash. her.

The recording soon went viral on social networks, so users called her #LadyFGR. At the moment it has two million reproductions and more than nine thousand comments, where users offered their support and advised the boy with suggestions in the face of the situation.

Before the young man’s complaint, through the official account of the FGR in Mexico, they published a tweet where they assure that an investigation folder has already been opened against the public servant who committed the arbitrariness.

Regarding the citizen complaint spread on social networks on May 3, which involves a public servant of the @PGR_AICan investigation file was initiated for probable irregular conduct. pic.twitter.com/zpxuR9rXls

For now, the place where the events took place is not known, it only remains to hope that this woman receives what she deserves and is responsible for the damage to the young man’s tricycle, which is obviously her main source of work.

Ms Marvel had to remove references to Iron Man