Will Johnny Depp return to Pirates of the Caribbean after agreement? 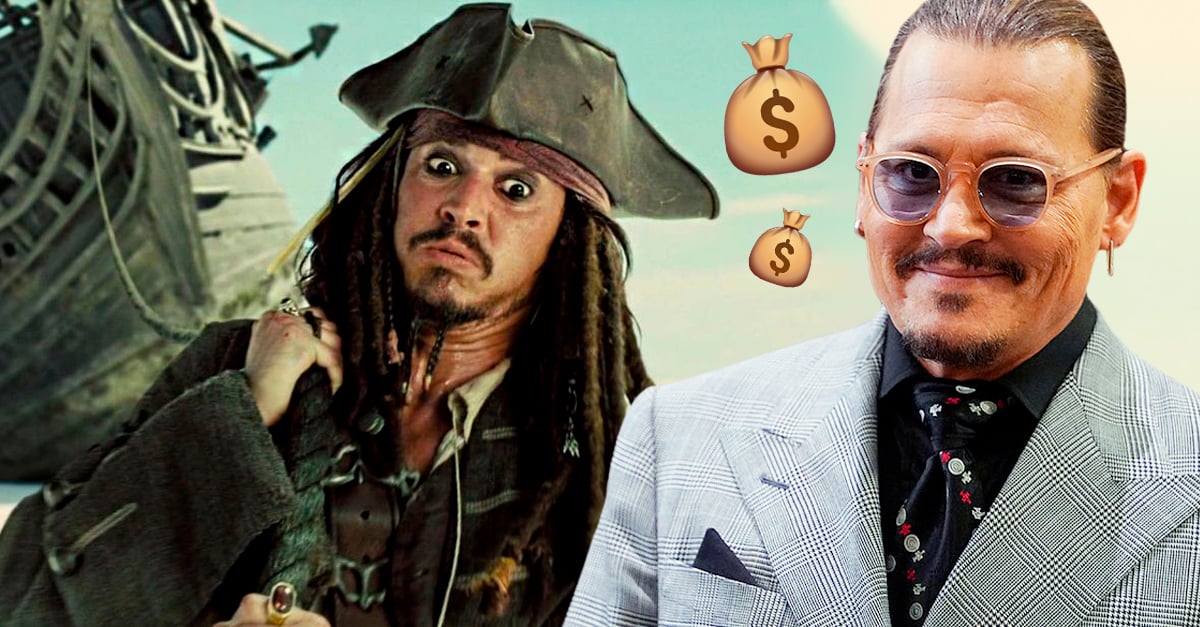 Disney is reportedly in talks with Johnny Depp about a “$301 million deal” for the 59-year-old actor to return to the franchise. Pirates of the Caribbean after winning the libel suit against his ex-wife Amber Heard.

Recall that the award-winning actor was removed from the franchise following allegations of abuse by Heard in 2018. However, after a Virginia court ruled that she defamed Depp on June 1 and ordered her to pay a settlement of 15 million dollars, it seems that Disney is clamoring to have Depp back in his iconic role as Jack Sparrow.

According to the Australian site Poptopic, a source close to the Mickey Mouse home revealed that executives from the company recently approached the star of Scissorhands to resume its participation in the lucrative franchise of Pirates of the Caribbean. In addition, he said that he is working on a prequel series for Disney Plus, which will portray the origins of Captain Jack Sparrow:

They contacted the actor ahead of his libel trial against Amber Heard and asked if he would be interested in returning for a pirate movie or two. […] The deal is for Johnny Depp to return as Jack Sparrow in ‘Pirates of the Caribbean 6’ and a Disney Plus spin-off series about the Black Pearl’s captain’s early life. What I can tell you is that the studio already wrote a draft for a movie, so they’re very hopeful that Johnny will forgive them and come back as his iconic character.

Additionally, the source revealed that Disney is working on a “$301 million deal” to convince Depp to return soon, and is also reportedly adding a “sizable donation” to a charity of the actor’s choosing. as a gesture of goodwill.

It is worth mentioning that in April 2022, during the recent defamation trial, when the lawyer Benjamin Rottenborn asked the star of Alice in Wonderland on returning to the franchise Pirates of the Caribbean For future projects, the actor was blunt in saying that he would not work with Disney again:

breaking news
Johnny Depp says that not even for 300 million will he work with Disney again pic.twitter.com/Bu45s3Lt3C

– Benjamin Rottenborn: Mr. Depp, if Disney came to you with $300 million and a million alpacas, nothing in the world would lead you to go back and work with Disney on a ‘Pirates of the Caribbean’ project, correct?

At the time, Depp’s legal team claimed the star lost $22 million in earnings after his ex-wife published her opinion piece in the Washington Post, in 2018. Although the article did not mention the actor, it alluded to the alleged abuse that the interpreter of Aquaman she claimed to suffer at the hands of her ex-husband.

In this regard, Johnny Depp said that he felt as if he was “guilty until proven innocent” with Disney executives. However, after the recent rumors, will it be that Johnny Depp will accept the agreement to embark on a new adventure of Pirates of the Caribbean? Only time will tell.

Johnny Depp is dating a lawyer, but it’s not Camille Vasquez

Johnny Depp would have an affair with his lawyer

William Levy LIGHTS the nets from Spain with his impressive marked arms: PHOTO

Riddler vs Joker: Who is the best Batman villain in movies?