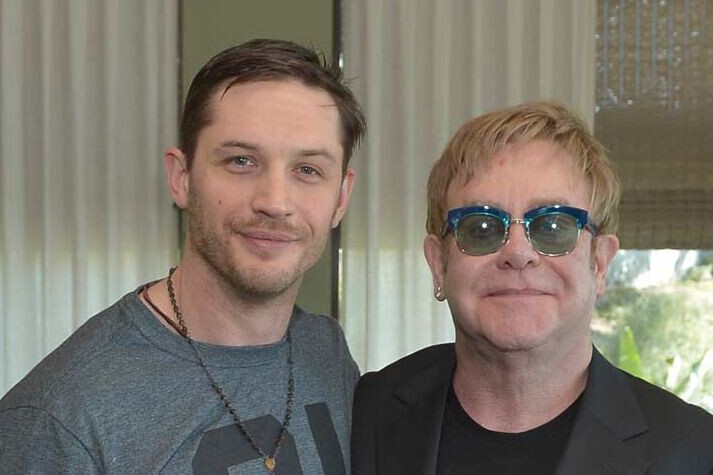 With ‘Elvis’ still on the billboard, it is confirmed that biopics about the lives of great musicians continue to have the support of the public. One of the most memorable is ‘Rocketman’, which revolved around the life of Elton John, played by Taron Egerton. Nevertheless, the role was about to fall into the hands of Tom Hardywhich ended up leaving the project.

The idea of bring the life of Elton John to the big screen carried on the table since 2001. The singer and David Furnish, her husband, began to move the project but they were not very successful among the producers, especially because of the R rating and because of the surreal tone that John wanted to give to some scenes.

In 2012 it seems that the project began to advance and John proposed to Justin Timberlake as the first option to be his alter ego in the film, which had already coincided with him in ‘This train don’t stop here anymore’. Finally, signed tom hardy (‘Mad Max: Fury Road’) in 2013 to take over the role.

Between 2016 and 2017, Elton John coincided with Matthew Vaughn in ‘Kingsman: The Golden Circle’ (where John plays himself), who was immediately interested in the project. Vaughn offered to produce the film but expressed certain doubts regarding the election of Hardy as head of delivery.

First of all, because the actor did not possess any musical ability. The original idea was for me to do playback, although even so the topic painted something tricky: “I’m not a singer. I have no idea, really” declared Hardy. “I’m trying for ‘Rocketman’ but it’s really hard to open my mouth like that.”

Turning the matter over, the name of Taron Egertonthe protagonist of ‘Kingsman’, who he did know how to sing and blew John away after hearing him perform ‘Don’t let the sun go down on me’. Egerton had not only previously performed ‘Your Song’ for the Royal Academy of Dramatic Arts, but was also one of the voices on ‘Sing!’, ensuring that she could hit the note without the need for lip-sync.

In turn, Vaughn commented that Tom Hardy was a little older for the tape. The actor was 41 years old at the time compared to Egerton’s 29. Considering that the film spanned John’s life from his youth, they felt it would be easier to make Egerton look older (in scenes where the character would be older) than to make Hardy younger.

Regardless of how ‘Rocketman’ would have been with Tom Hardy, the truth is that the final result was quite satisfactory, standing out above other similar biopics. If you haven’t been able to see it yet, you have it tonight on La 1.