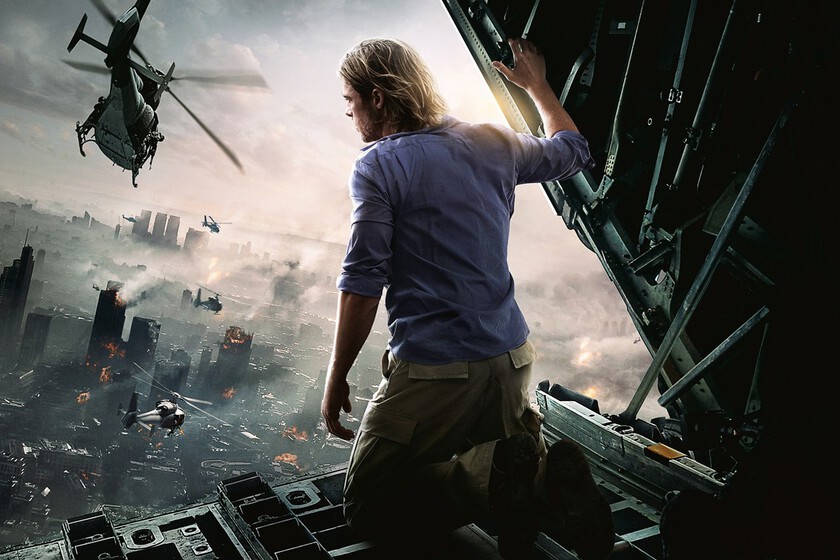 ‘World War Z’ is the highest grossing zombie movie of all time. It is true that there were some problems during the filming and the post-production phase, but that did not prevent the wild film starring Brad Pitt was made with worldwide revenues of $540 million. Far from the mythical barrier that marks the 50 most successful of all time, but no less impressive for that.

Its box office success led to paramount quickly launched a second installment of this extremely free adaptation of the book of Max Brooks. In fact, the initial plan was to make a trilogy, but the studio had stalled that idea because of all the pre-release issues. However, their undisputed commercial success made them change their minds again.

From Bayonne to Fincher

The first chosen to direct it was the Spanish J. A. Bayonnewhile Steven Knight, creator of ‘Peaky Blinders’, was hired to write the script. Everything was going smoothly and its arrival in theaters was even announced for June 9, 2017. However, everything went wrong in a matter of months with the departure of Bayona because it was still too busy with ‘A monster is coming to see me’.

Many were already beginning to doubt that ‘World War Z’ would ever be made, but in the summer of 2016 the surprise jumped with the announcement that the studio was negotiating with David Fincher to direct the film. The agreement between both parties ended up closing, but it took almost a year for it to become official.

The sequel was back on track and was to have been shot at the end of 2018, but everything got complicated again because of ‘Mindhunter’, since Fincher had a previous commitment to the series of Netflix and was very busy shaping its second season.

However, Fincher and Pitt they were very interested in working together again -they had already done it previously in ‘Seven’, ‘Fight Club’ and ‘The Curious Case of Benjamin Button’-, so it seemed that the recording was simply going to be postponed until mid-2019. But that never came to pass. happen, because the movie was canceled earlier that year.

There are different versions about why ‘World War Z 2’ came to nothing. The most widespread is Paramount thought it would be too expensive, and that Fincher promised to make it for less than the 190 million dollars that the first installment had cost. However, The Hollywood Reporter went so far as to state that the ban on zombie movies being released in China was the only reason for their cancellation. It is hard to believe, because the first part was not even released in that country.

Impressive encounter between two galaxies is captured by Hubble

They issue a new arrest warrant against Inés Gómez Mont

13 Pumpkin-colored outfits that will fill you with joy