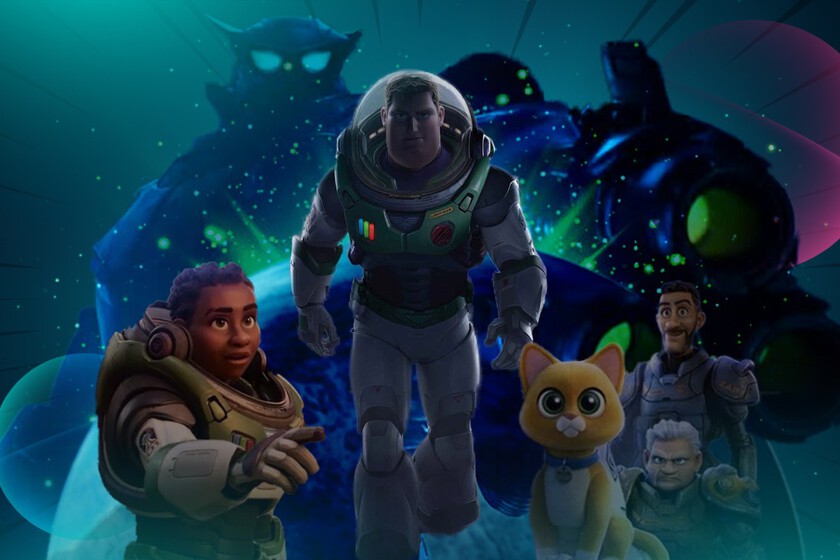 This past weekend ‘Lightyear’ was released, a spin-off of the ‘Toy Story’ franchise that was also the first Pixar film to be released in theaters since the start of the pandemic. Unfortunately, its box office result has been much lower than expected, which has created a multitude of doubts about the future of his works on the big screen.

The reasons for the puncture

To put it in figures, ‘Lightyear’ debuted with 50.5 million dollars during its first weekend in the United States. Some figures very far from what was expected (there was talk of about 80 million) that on top they didn’t even let it hit number 1 at the box officewhich ‘Jurassic World: Dominion’ held for the second week in a row.

What is the reason for this disappointment? There are multiple factors, from the controversy for including a lesbian kiss to a promotional campaign that has been criticized for not establishing ties with ‘Toy Story’ until too late, without forgetting the imminent premiere of ‘Minions: The origin of Gru’ or the change of voice for its protagonist. But let no one forget either that both ‘Soul’ and ‘Luca’ and ‘Red’ premiered directly on Disney + without the need to pay an additional amount.

That could have led the public, or at least a significant section of it, to create a new consumption routine for Pixar movies -that with ‘Raya and the last dragon’ you had to pay an extra or see it in theaters and ‘Encanto’ was first screened exclusively in cinemas-. From the studio they have never been very happy with these Disney decisions, but there are more and more symptoms that suggest that the next Pixar feature films could have the same meaning. Or at least as long as there is still so much interest in bolstering Disney+ above all else.

The problem also comes from the cost side, since ‘Lightyear’ has a budget of 200 million dollars. In theaters it is very difficult for it to recover that investment, since there are several countries that have prohibited its premiere and in others it is not that it is devastating. The 133 million for ‘Onward’ will surely exceed them, but that film was severely impacted by the pandemic, but it is not at all clear that it will reach the 333 that ‘Arlo’s journey’ did.

All this leaves Pixar in a delicate situation, since it is clear that Disney will want to make their films profitable and this new scenario could also lead to a budget cut. After all, making such expensive productions profitable only through streaming seems like a rather complicated mission.

For now, Pixar officially has three films in the works, one (‘Elemental’) for next year and another two without titles for 2024. Don’t be too surprised if Disney decides to release them directly on streaming. Very recently we have proof that his pulse does not tremble when it comes to skipping the exhibition in theaters if it does not compensate them.

Spider-Man Day Why is it celebrated on August 1?

Harley Quinn overflows the madness in the trailer for her season 3!

the first kiss, the last VIP bachelor and other reality news that will advance the debate

Flat earthers will cruise and prove that the earth is flat

‘Between valleys’ (2022), review: It surprises with an unusual daring in its criticism of the bourgeoisie and solidarity but it has a problem: it is not clear what kind of film it wants to be