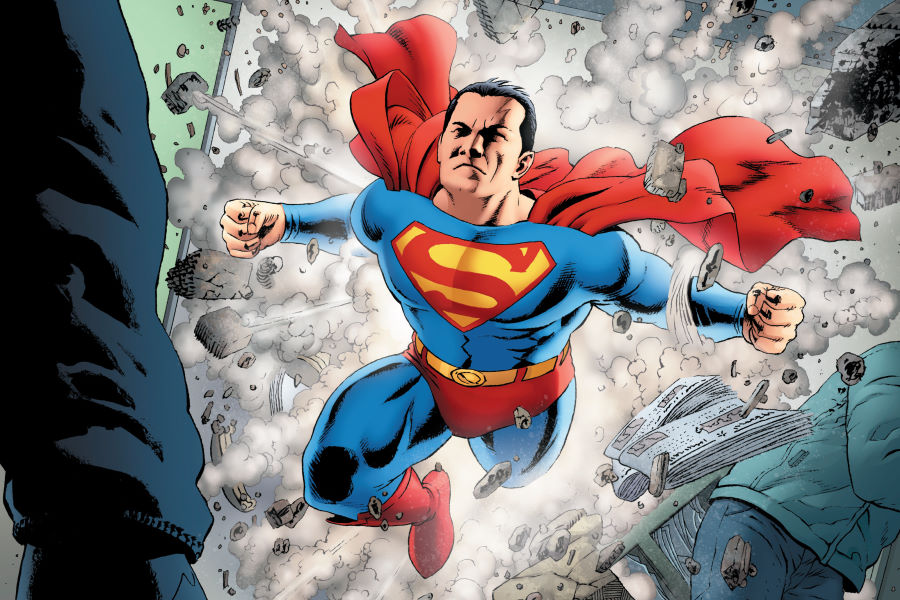 In the book Supergods: Heroes, Myths and Stories of the Comic, the writer Grant Morrison revealed the reason why Superman has worn the red pants over the tights of his suit.

Since his first appearance in the mythical Action Comics 1, one of the most iconic features of Superman’s costume, in addition to the cape and the unmistakable shield of the House of El, is the red pants.

Do not miss: Things you should know about Superman’s red pants

This trend of wearing pants over tights that was started by Superman has been adopted by other heroes and villains such as Batman, Robin, Black Adam, Deadman, Hawkman and many other characters in the DC Universe.

This red underwear was absent between 2011 and 2018, between the stage of The New 52 and Rebirth, where the DC Universe received a jolt with the presence of two Supermans.

One with the past memories of the Man of Steel and one without the memories of the Last Son of Krypton. Precisely this version dies before the start of the Rebirth stage.

The red pants reappeared until 2018, with the publication of Action Comics #1000, a special issue that commemorated the 80th anniversary of the Man of Steel.

The reason why Superman wears his red boxer shorts over his tights.

In the book Supergods: Heroes, Myths and Stories of the Comic, the writer Grant Morrison, who is one of the consecrated authors of DC Comics, explained the reason why Superman wears red pants on top of his tights.

In the 1930s, before several countries became involved in World War II, entertainment for society was concentrated in the theater, the cinema, the early years of television, and in entertainment venues such as the circus.

Precisely in the circus there are different acts, whether magic, trained animals, acrobats, ‘freaks’ and men with extreme strength.

While acrobats wear tights to perform their acts, strongmen wore tights with their underpants on top, so cartoonist Joe Shuster was inspired by these versions to give Superman the look we know today.

It may interest you: Top 5: Curt Swan’s contributions to the Superman story

Can not be! Adam Levine admits that he flirted with another

10 Incredible doramas premiering in May 2022

The most disgusting food in the world