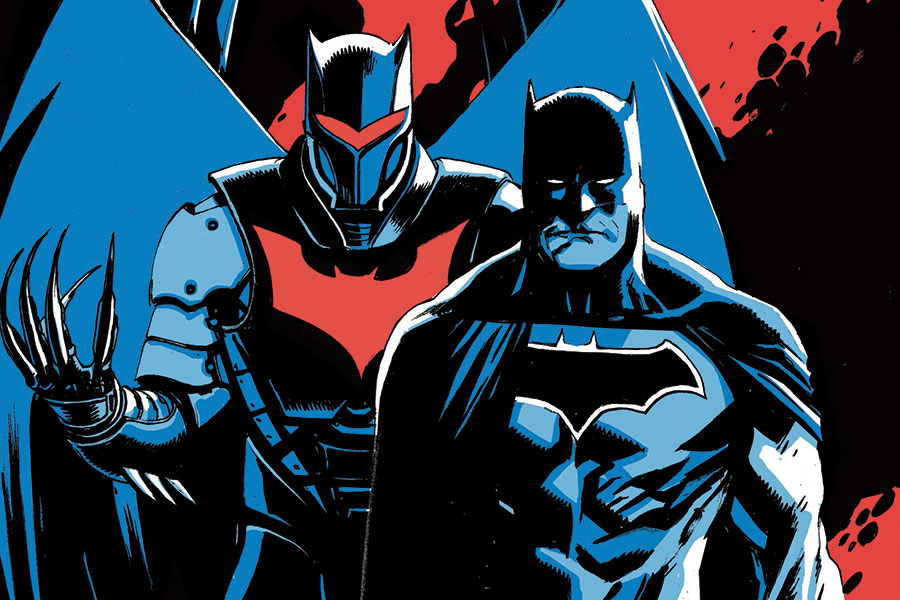 Meet one of the men who wore the mantle of Batman, but his time as the Dark Knight was synonymous with terror and death: Azrael

Throughout Batman’s eight decades of existence in the DC Universe, men other than Bruce Wayne have borne the mantle of the Bat. But if there is a character who instilled terror like Batman, that was Jean Paul Valley, better known as Azrael.

Do not miss: Azrael and the definitive list of DC Comics antiheroes

The life of Jean Paul Valley, a student at Gotham City University, took a 180 turn with the murder of her father. At that moment Valley finds out that he is “a man-made angel to act as the righteous weapon of the Order of Saint Dumas”, something he sought to change. But fate caught up with Azrael.

The Fall of the Bat

After being defeated by Bane, Jean Paul Valley is chosen by Bruce Wayne to be the new Batman, in a controversial decision. Azrael put aside the Dark Knight’s detective work, and made improvements to his suit to defeat the villain who defeated Batman.

But knocking out Bane, the man who broke Wayne’s back, wasn’t enough. Jean Paul had severe differences with Tim Drake as Robin and did not accept the help of any partner.

But that was only the beginning of Valley’s bloody stint as Batman, where his mind was again influenced by the Order of Saint Dumas to be Azrael, the perfect assassin. His ingenuity allowed him to make modifications to his armor, in order to be more lethal.

Abattoir’s death was the straw that broke the camel’s back for Valley, dominated by the brainwashing of the Order of Saint Dumas, to cross the line between vigilante and assassin, something that was followed by Tim Drake to report his steps to a rehabilitated Bruce Wayne, who returned as Batman, but not before defeating Valley.

After being stripped of the Bat mantle, Jean Paul Valley returned to her Azrael identity, only to be killed by Scratch and LeHah, her greatest nemeses.

Azrael’s body was never recovered, so he was believed dead. Until the Blackest Night event, where Valley appeared as a member of the Black Lantern Corps.

Although the Order of Saint Dumas gave the mantle of Azrael to Abraham Arlington and Michael Lane, Jean Paul Valley’s official reappearance was in the Batman and Robin Eternal series.

Azrael defeated Bane and became an ally of Red Hood and Tim Drake, in what was his official reappearance within the DC Universe, in the stage of the New 52.

In Rebirth, Jean Paul Valley is one of Batman and Batwing’s allies. Azrael confronts the artificial intelligence Ascalon, which was programmed by the Order of Saint Dumas to purify Gotham.

And for this occasion, Valley will once again use the armor that excited fans of the 90s during his time as Batman.

It may interest you: Top 10: The most shocking moments of Knightfall

Know the origin of Azrael in SMASH and DC Comics Mexico

Jean Paul Valley has learned that his family is part of an ancient secret society called the Order of Saint Dumas, and that he is the latest in a long dynasty of assassins!

Now, with his psychological condition activated, Valley has gone from being a computer scientist to an unstoppable weapon known as Azrael. But when he targets the heroic Batman, he begins to question his life and his duty.

SMASH and DC Comics Mexico have for you DC Modern Classics – Azrael Vol. 1: Fallen Angel. Dennis O’Neil and Alan Grant introduce one of the characters who will shake up the Dark Knight mythology in a way never before thought possible.

Find out who’s who in the video game Gotham Knights

Lefties and Umbro propose the coolest retro sweatshirt of the season