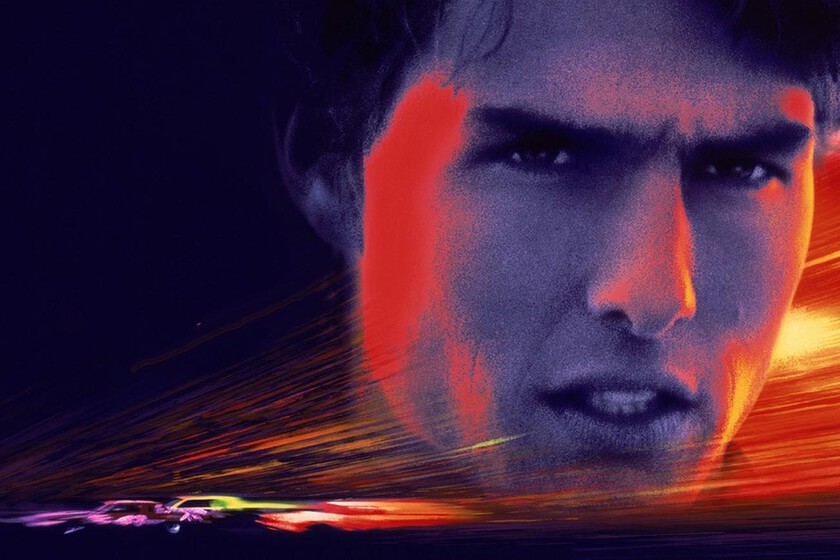 ‘Top Gun: Maverick’ continues to sweep the box office since this weekend, it set a new record by grossing 160 million domestically in its four-day opening weekend, marking a milestone for Paramount and Tom Cruise himself, who leads the sequel to the 1986 hit by reprising his most iconic role as Pete Mitchell, however, already in his day there was a sequel something more than “spiritual” to his epic of airplanes.

‘Days of thunder’ (Days of Thunder, 1990), which can be rented on Apple tv, reunited Cruise with director Tony Scott under the supervision of producers Simpson/Bruckheimer in another film about speed in which the actor plays Cole Trickle, a single-seater race car driver who hopes to win in the NASCAR series. One of the differences with ‘Top Gun’ is that it had the Oscar-winning screenwriter Robert Towne, known for ‘Chinatown’, and the score by Hans Zimmer. Although again its soundtrack was full of hits.

Parallels even in duration

In his CD disc they fit from John Waite, Tina Turner, Chicago, Cher or Elton John to an excellent Guns N’ Roses version of Bob Dylan’s ‘Knockin’ on Heaven’s Door’Although nothing was quite as iconic as the use of ‘Danger Zone’, Zimmer’s theme song has the same DNA as the mellow riffs of the previous one and also loops endlessly, as does the iconic Kenny Loggins tune. We don’t have Val Kilmer, but a hilarious Michael Rooker plays Iceman as the NASCAR champion who becomes Cole’s rival and friend.

Cruise reassembled a key team to tell essentially the same story, a fearless young man with buried parental issues who morphs into rage and speed aboard a machine. Like Maverick, he is a bit arrogant from the moment he first appears on screen.back on a bike like the coolest guy cool of the earth, and the film, in essence, is also telling us how he is domesticated and is ceasing to be a complete cretin.

The conflict between two pilots is intact and the veterans return to teach Cruise the secrets of life and responsibility while he gets the girl, wins the race and silences everyone who has ever questioned him. In truth, that could be the plot of any sports movie focused on a single character, but the truth is that there are some similarities with ‘Top Gun’ that make ‘Days of Thunder’ practically a sequelor at least it does what others of its time did with respect to the original, such as ‘Ghostbusters 2’.

Winning is not important, but in the end it is

If in ‘Top Gun’, Maverick’s father was a pilot who died in action, here he is a guy who uses him, different circumstances, but the same result, the two pilots live to escape the shadows of their parents, and while Mitchell finds in Viper (Tom Skerritt) a fatherly relationship that fills that gap, Cole finds it in his crew chief Harry Hogge (Robert Duvall). Of course Cole falls in love with a strong and professional woman, Dr. Claire Lewicki (Nicole Kidman).who allows none of his nonsense but falls for him despite them.

Pretty much a mirror image of Kelly McGillis’ relationship with instructor Charlie Blackwood, who also couldn’t tolerate Maverick’s bravado. The Rowdy / Iceman relationship has the same nuance, it is he who insists that his driving is fast but reckless and exposes the problem of the two Cruise characters, two great drivers who try to be the best, but are too impulsive and reckless.

If in ‘Top Gun’ that aggressive driving took his friend Goose as a victim, in ‘Days of Thunder’ the rivalry between Cole and Rowdy ends in a terrible crash that leaves both of them with serious brain injuries. Cole recovers, but Rowdy does not, although he does not die, he will never run again, which shakes Cole the same way Goose’s death shakes Maverick, which breaks his confidence in the same way, which is only solved here by Rowdy’s insistence that Cole drive his car in the Daytona 500.

The new villain is cocky Cary Elwes, who actually stands in for the military threat of the Mig, because the biggest difference is that technically ‘Top Gun’ is war movies and ‘Days of Thunder’ is sports. Other than that, it’s a vehicle (heh) for Cruise’s splendor and Scott’s splendor, which again makes the action the absolute protagonist, achieving a new technical challenge in the incredible NASCAR race scenes with ways of using the cameras. to capture motion increasingly difficult to see today.

‘Days of Thunder’ breathes in a world without CGI, and the risk of speed is noticeable in each plane, leaving a visual revolution after its passage that perhaps has only been surpassed in ‘Le Mans ’66’ (2019). However, the biggest gap with ‘Top Gun’ is numerical, since the 15 million dollar budget multiplied to 55 million, even though it has the same doses of fuel, melodrama, romance and hyper-stylized images at a frenetic pace.

The film introduced us to John C. Reilly in Cole’s pit crew at a rehearsal of his Magic Man Cal Naughton Jr. in 2006’s The Past of Laps and was Kidman’s introduction to Cruise’s life. The couple married that same year and had two children, before making two more films together. “Days of Thunder” began to solidify Simpson and Bruckheimer’s status as producers of a big show that would eventually be polished by their work with Michael Bay in the decade to come. But if the film should be remembered it is for being a true missing link between the first ‘Top Gun’ and the official sequel.