What is Triskaidekaphobia or the phobia of the number 13 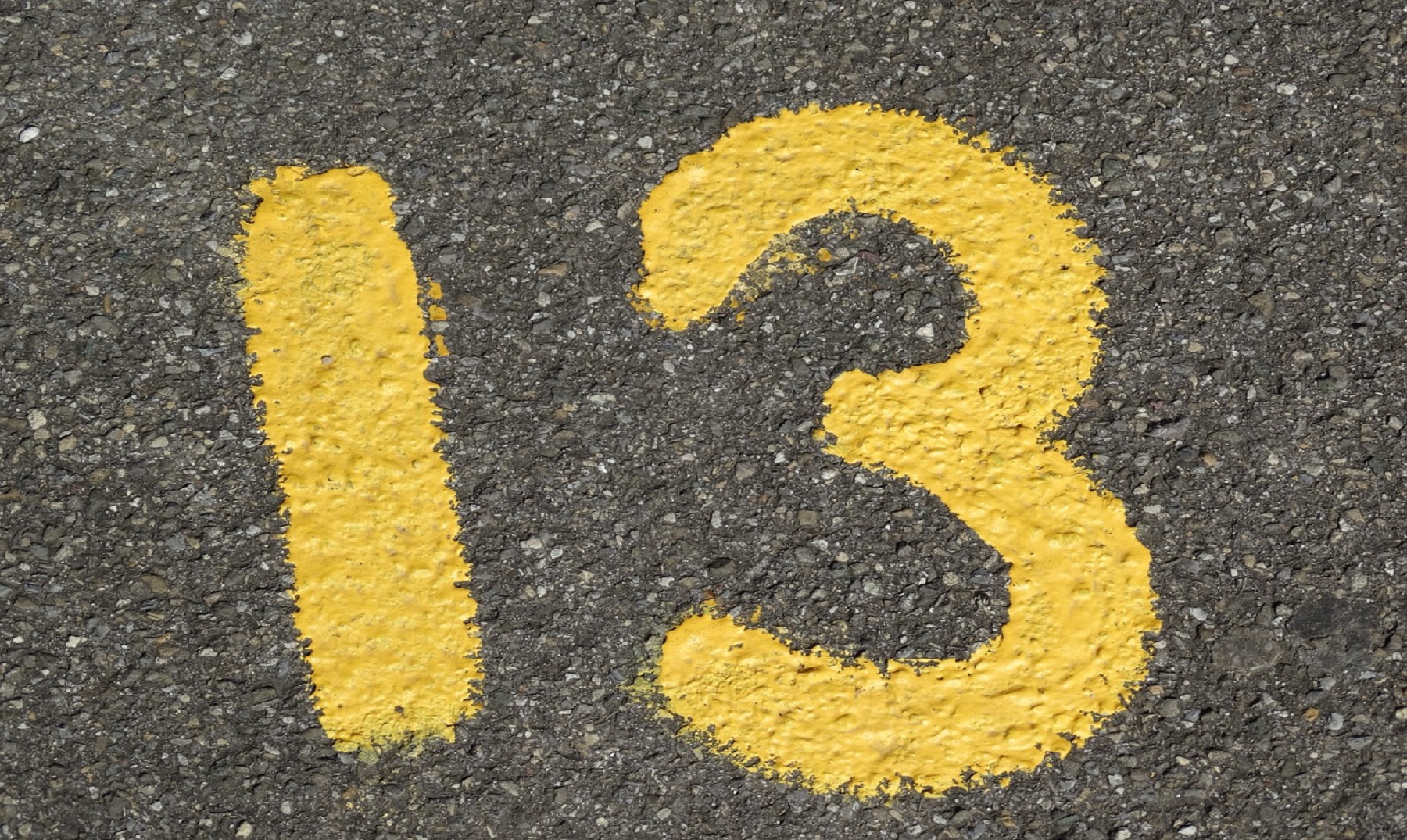 Do you know what a phobia is? With the fear of the number 13 we enter a very interesting field. We combine the esotericism of the fears that are born in the world of the intangible, with the phobias that are part of the psychological universe of each person. As with Scopophobia or the fear of being observed, which shares limits with the fear of the evil eye, superstitions related to numbers also have this type of duality. The phobia of the number 13 is very old, and in the universe of psychology it is known by the term of Triskaidekaphobia.

Discover what is Triskaidekaphobia

Don’t you like going out on Tuesday the 13th? Do you avoid planning important events every 13th of every month? If you count the steps, do you skip the number 13? Even if you get seat number thirteen on a flight, do you try to change it? If you have an automatic and pathological rejection of that number, you may have Triskaidekaphobia or fear of the number 13. This word comes from the Greek, and is made up of three terms: three, kai and dekawhich mean respectively, three Y ten, attached to another, the well-known phobia, which means fear

This irrational fear of the number thirteen seems to have its origin in a series of beliefs, stories and superstitions, some of which even coincide with religion. The superstition that is woven around the phobia of the number 13 is summarized under the idea that twelve is the divine structure, and that therefore, that extra number condenses the birth of evil. Let’s see below the main beliefs and theories that seek to justify the origin of the fear of the number 13.

The phobia of the number 13 and related superstitions

The Bible it’s not just him most played book and sold around the world, but it is also a moral guide that directs the lives of Christians. One of the main theories that justify the phobia of the number 13, is contained precisely in the pages of this text. According to what its lines propose, the number twelve represents an absolute, complete and divine organization. Well we can see it in the following extract, which we find in chapter 21 of the Apocalypse.

This is perhaps the clearest extract in the pages of the Bible, in which the fear of the number 13 begins to manifest itself, as a kind of birth of all evil, of breaking the divine structure of perfection.

Norse mythology also seems to be one of the sources that explain the birth of the phobia of the number 13. Among all the Nordic gods, noble characters such as the powerful Thor, the magnanimous Odin or the beautiful Freya stood out. But one in particular drew attention for being considered the God of fraud, lies and deceit. It is about the God Loki. In his story it is said that during a dinner in Valhalla, the heaven of the Nordics, the twelve deities were sitting at the table. At that moment the thirteenth God arrived, the one who was not invited.

With his cunning and particular skill for deception, it is said that Loki managed to trick Höðr, the blind brother of Balder, Odin’s second son, into throwing a dart at his brother. The result was Balder’s instant death. Since then, the image of Loki, the thirteenth number of Valhalla, was the very representation of evil, deceit and bad intentions.

And the phobia of the number 13, although born from the Bible, seems to have influences in the most distant and pagan methods of divination, such as the Tarot deck. Indeed, in the deck of cards we find one of the most powerful and feared Major Arcana. It is just about Arcanum number 13: Death. It is generally called the nameless letter, due to the fear it causes in those who want to consult their future. Although its mere mention causes anguish, the reality is that this letter, according to the others that accompany it, can represent the closure of cycles or stages, which do not necessarily imply negativity for the person consulting.

Also linked to the religious element, the fear of the number 13 also seems to find an explanation in the legendary painting of The Last Supper of Leonardo da Vinci. What is said in the Christian tradition in this regard is that In that last meeting of Jesus with his Apostles, a total of 13 diners were gathered around the table. The number then remained as a sign of bad omentaking into account the fate that awaited Jesus the next day.

And not only in Catholicism we find different explanations for the phobia of the number 13. Also in the Jewish tradition we find elements that contribute to fueling the fear of this number. The current of Jewish mysticism called Cabalaname 13 evil spirits. However, this current is not established under the common dualism of other religions, but the term that best defines evil is sitra achra, which means to the other side. In this religion, good and evil are seen from a different human point of view.

And if we go to events a little closer to our era, which feed the fear of the number 13 and give the tricaidekaphobes reasons to continue with their fears, we find the case of Apollo 13. This ship was launched into space on April 11, 1970, at 1:13 p.m. From where? From complex 39 of the Kennedy Space Center, which curiously is triple the number thirteen. As you know, this mission was aborted, due to a terrible explosion during the flight.

And you, Did you know about the existence of the phobia of the number 13? Do you know someone close to you who has experienced it? Well, without a doubt, it is one of the most interesting phobias, since it combines the psychological element with those curious superstitions that some of us have, and for which there are no explanations. If you are interested in continuing to delve into the curious world of the rarest phobias, do not miss this article in which we tell you about the most unusual celebrity phobias.

In addition to the fear of the number 13, there are other phobias that are equally surprising… And even more! Do you dare to discover them?

Karely Ruiz confesses what her rarest forbidden fantasy is; you won’t believe it!

‘Bastard!!’ premieres this month and Netflix reveals a new poster of the anime series to celebrate

‘Shingeki no Kyojin’ shows a frantic image of part 3 of its final season, although the ending of the anime could come later than expected