What is the main theme of Phase 4 of the MCU? 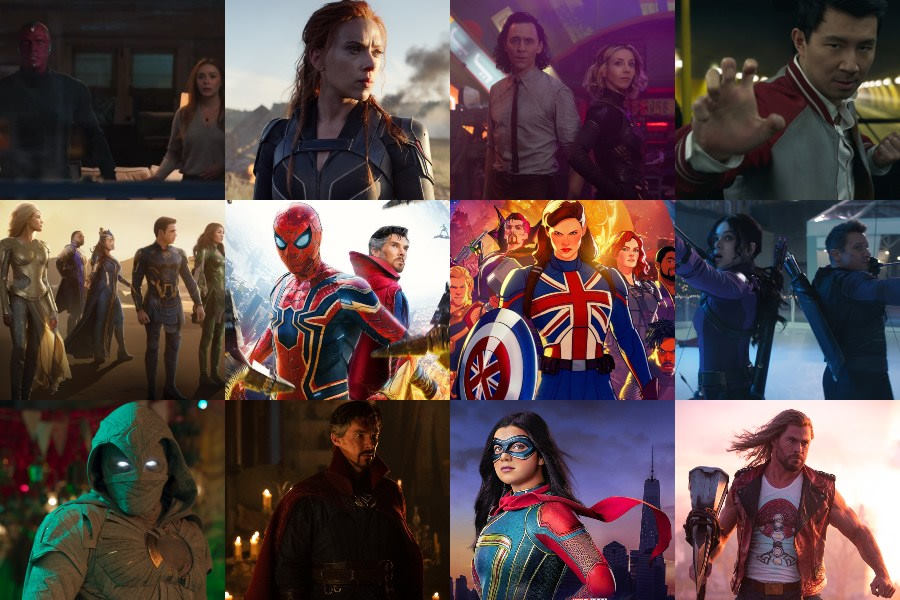 The producer of Marvel Studios, Ritchie Palmer, pointed out the direction in which phase 4 of the MCU is going, which has incorporated both movies and series for digital platforms.

Although WandaVision was the first premiere of Phase 4 of the Marvel Cinematic Universe (derived from the Covid pandemic), this new stage officially started with the Black Widow plot, in a phase quite different from the Infinity Saga, within the MCU. .

Do not miss: “Phase Four of the MCU is about new beginnings”, Kevin Feige

Black Widow brought Natasha Romanoff’s story to a close, Shang-Chi and the Eternals introduced us to new allies in the fight for justice, while Spider-Man: No Way Home and Doctor Strange in the Multiverse of Madness opened the door to the multiverse for her. without forgetting the adventures that Thor: Love and Thunder recently gave us.

Phase 4 of the MCU also found a great ally on digital platforms, with series such as WandaVision, Falcon and the Winter Soldier, Loki, Hawkeye, Moon Knight and Ms. Marvel, in addition to the animated proposal What If…?

The first three phases paved the way for the confrontation with Thanos, something that happened in Avengers: Infinity War and Avengers: Endgame, but in this phase four there is no major saga on the horizon, but this does not mean that these new films do not have a purpose.

Where is phase 4 of the MCU going?

In an interview with Empire magazine, Riche Palmer, producer of Marvel Studios pointed out that this phase four is a consequence of the actions of Thanos and the consequences of the snap.

“Phase 4 is all a reaction, and I don’t mean our part as filmmakers, I mean the characters, it’s a reaction to the trauma of Avengers: Infinity War and Endgame. We’re still feeling those effects in these movies years later.”.

Some of these tapes help heroes like Thor or Black Widow find their place in the world, despite the fact that their exploits in the first three phases were important.

“This phase feels like it’s about our heroes getting to be themselves, all figuring out their place in the world, and a lot of them feel lonely now because of the losses they suffered during those Avengers movies.”.

Although some great saga like Secret Wars, Civil War II, Dark Ages, or King in Black, are not yet glimpsed on the horizon of the MCU, phase 4 will allow some heroes to meet in the world, after the events of Avengers: Endgame.

It may interest you: This is the Marvel Studios 2021-2024 release schedule

Source: Empire (via The Direct)

If you have freaked out with the watermelon cutter-fork, you are going to love these Ikea life-saving utensils

Spanish girl discovers the celebration of XV years in Mexico

The Orchid Mantis | A rare insect of deadly beauty