What is happening in Sri Lanka and why the demonstrations? 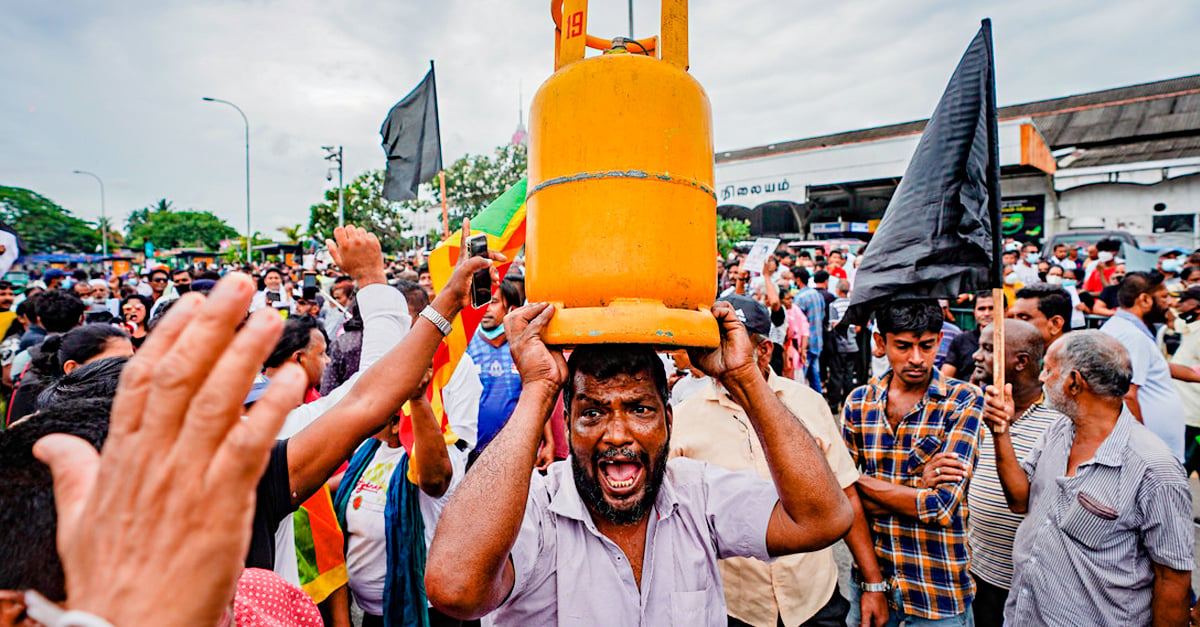 Sri Lanka is in the midst of the worst political and economic crisis in its history after tens of thousands of protesters stormed the residences of the nation’s president and prime minister over the weekend.

Growing public anger over the acute economic crisis that has caused shortages of essential items including food, fuel and medicine, and widespread protests have led to the resignation of President Gotabaya Rajapaksa as well as Prime Minister Ranil Wickremesinghe.

According to ForbesLast week, Sri Lanka closed fuel sales to most residents over fears of an oil shortage, becoming the first country to restrict fuel sales since the 1970s oil crisis.

In the face of Sri Lanka’s growing political crisis, opposition parties met on July 10 to agree on a new government, a day after the country’s president and prime minister offered to resign on the most dramatic day in months of turmoil. politics, with protesters storming the houses of both leaders and setting fire to one of the buildings in a fit of rage over the economic crisis.

Despite protesters demanding the immediate resignation of Sri Lanka’s president and prime minister, the speaker of the country’s parliament and the prime minister’s office said Rajapaksa would step down on Wednesday.

However, so far, there has been no direct word from the president about his plans. For his part, Prime Minister Wickremesinghe said that he is also willing to resign to “make way for an all-party government”, but has not yet submitted a letter of resignation, so doubts have been raised as to whether they will actually resign from office. or if they are just playing for time.

If both the president and prime minister resign, in accordance with the island nation’s constitution, interim president Mahinda Yapa Abeywardena will take over as president of Sri Lanka. Rajapaksa appointed Wickremesinghe as prime minister in May in an effort to resolve the shortage and start the country’s economic recovery.

Amid the political turmoil it is unclear how the situation in the island nation of 22 million people will play out in the coming days and weeks. For a long time, Sri Lanka had a stable economy, with a growing middle class. However, this year, conditions deteriorated rapidly, a situation that the inhabitants attribute to corrupt leaders who squandered the territory’s wealth.

According to Reuters, Sri Lanka currently has a debt of 50 billion dollars and has not been able to pay the interest earned on its loans. For this reason, the country is in negotiations with the International Monetary Fund (IMF) to acquire a rescue package of three billion dollars. However, the agreement is expected to include numerous conditions to prevent politicians from mishandling the resources.

Your Instagram account has not been stolen, the social network suffers from a global failure: this is what is happening

Can you distinguish all the facets of Jay B in music?

Larry Bird, living legend of the NBA, owns a luxurious residence in Florida, which refuses to change owners

Laura Bozzo applies Botox to her face: “For those who tell me that I am pure Photoshop”