what does season 3 post-credits scene mean 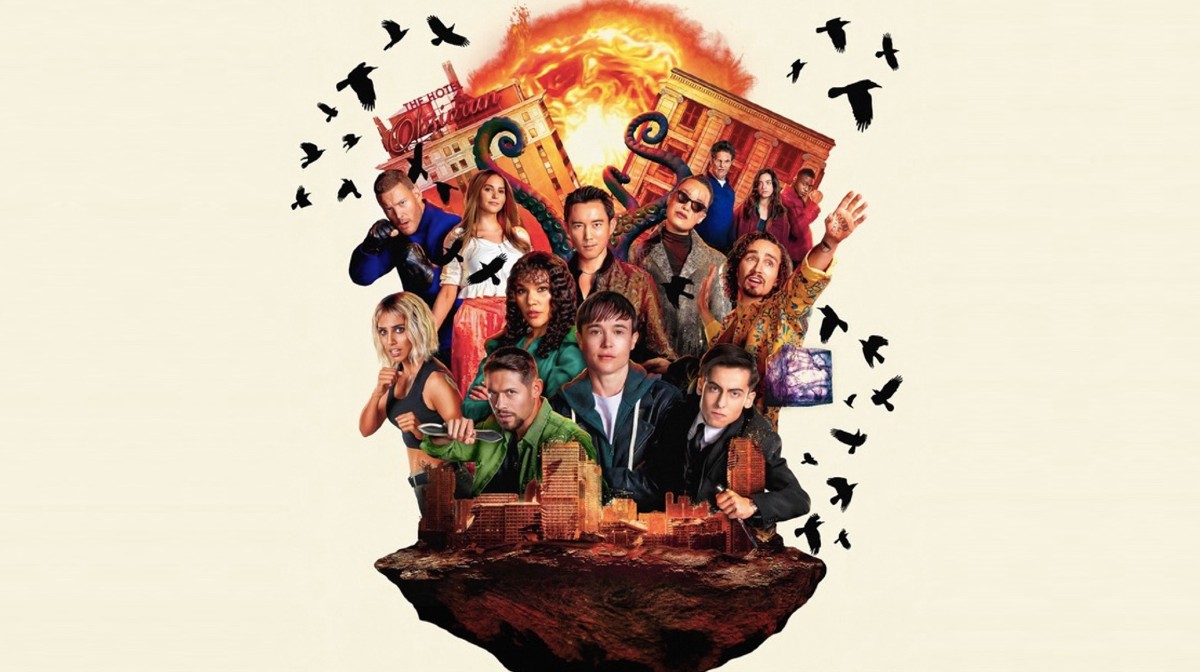 Do you know what The Umbrella Academy season 3 post-credits scene means? Here we explain its relevance in the series.

The absence of a comic that serves as the basis for its history allowed the season 3 of The Umbrella Academy was full of surprises. Especially in the final episode of it, where the fate of the Hargreeves brothers took an unexpected turn after Sir Reginald (Colm Feore) creates a new reality where members of the Umbrella Academy they have no powers. This, in addition to opening the door to a potential season 4, served as a prelude to a unexpected sequence where a character appears that we had already said goodbye to a long time ago. But, What does this post-credits scene from The Umbrella Academy mean?

Here we explain what happens in the curious extra scene in the series, what it could mean in the future of the Netflix project and where the QR code on the screen leads. Of course, This entry contains spoilers for The Umbrella Academy season 3 finale..

What does The Umbrella Academy season 3 post-credits scene mean?

Halfway through the credits of the last episode of The Umbrella Academya brief scene is presented where we can see Ben (Justin H. Min) on the same train where his mother gave birth. Although his version of the Sparrow Academy is still alive, this is not the one we see quietly reading a book on the subway.

Also read: What is the Sparrow Academy and who are its members in The Umbrella Academy

This could only mean that there is another version of the characterone who was not born with powers, grew up with her mother and, therefore, was never part of The Umbrella Academy. Faced with this possibility, it is worth remembering the theory that Five (Aidan Gallagher) presents to his brothers to justify the existence of the other versions of him in his time paradox.

doThe powers of the Hargreeves exist in the world but are held by other characters? Is it possible that there are seven other powerful beings roaming this universe? Are we about to relive an end of the world, now from the perspective of other orphaned heroes? The possibilities are many and any of these could be addressed in a following season.

What is the QR code that appears at the end of the series for?

You are interested: This is how they explained the transition of Elliot Page from Vanya to Viktor in The Umbrella Academy

This isn’t as important to the plot as it is to the fans, as it’s actually a hyperlink to a special page where you can see the tattoos than the chimpanzee pogo does in the motorcycle club Mother’s of Agony.

The catalogue, available for download as a template, details important elements of the series, such as the Umbrella Academy and Sparrow Academy logos or references to the powers of the main characters: a violin by Viktor (Elliot Page), a ghost by Klaus (Robert Sheehan), some tentacles by ben and a mask for Five. Would you do any of them?

In an inexplicable world event, forty-three extraordinary children were born spontaneously of women who had shown no previous signs of pregnancy. The millionaire inventor Reginald Hargreeve he adopted seven of the children; when asked why, her only explanation was: “To save the world.”

These seven children make up the Umbrella Academy, a dysfunctional family of superheroes with strange powers. At the age of ten they faced their first adventure against an erratic and lethal Eiffel Towerpiloted by the fearsome zombie robot Gustave Eiffel. Nearly a decade later, the team breaks up, but when Hargreeves unexpectedly dies, these disgruntled brothers reunite just in time to save the entire world.

SMASH Y Dark Horse Books they bring for you The Umbrella Academy: The Apocalypse Suitethe first issue of the comic book trilogy conceived and created by Gerard Way of My Chemical Romance. Discover the great history with art of Gabriel Ba, Dave Stewart Y james jean. Buy it already!

5 reasons to read The Umbrella Academy: The Apocalypse Suite

The Umbrella Academy: Where Are the Hargreeves Brothers?

David Castañeda, ‘Diego’, talks about his work in The Umbrella Academy

“My favorite character from The Umbrella Academy is Space Boy”: Gabriel Bá

She is the ex-girlfriend of Aidan Gallagher, the star of The Umbrella Academy.

Amber Heard files for bankruptcy after lawsuit with Depp