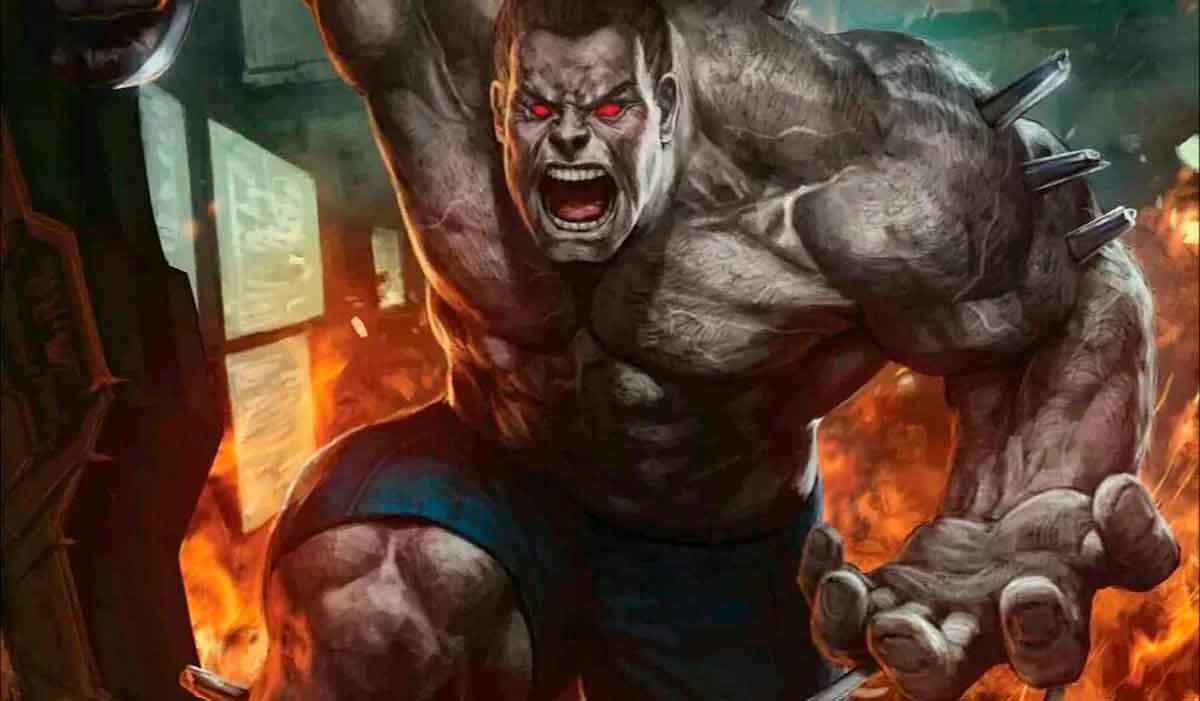 Hulkverine the hybrid hero of Wolverine and Hulk from Marvel Comics, has incredible power that none of the heroes from which he was created ever had. (spoilers beware)

Weapon H, or known as Hulkverin, is a hybrid hero created from the DNA of the Hulk and Wolverine. However, he has a power that has been taken from another Marvel character, which makes him unstoppable.

Since Weapon H was created using the DNA and powers of various heroes, there is one power that many would like to have, and that is Domino’s Luck. With those abilities, Weapon H is not only a force of nature thanks to his adamantium-coated bones and his incredible strength, but he has luck on his side when he needs it most.

Weapon H’s most notable powers come from Wolverine and the Hulk. He is basically a gray Hulk with Logan’s claws and healing factor (although it must be said that the green giant’s healing powers have nothing to envy Logan’s, but see Immortal Hulk). However, Hulkverine is the product of various heroes and villains, as his genetic material also features parts of Sabertooth, Warpath, Lady Deathstrike, and Domino. With his unique physiology, Weapon H has some incredible powers, including possibly field generation, which, like Domino, allows him to alter the fortunes around him. For example, in a fight against Domino, Weapon H defeated her by using luck against her.

It also has the power of luck

In Weapon X #8 (2017) by Greg Pack, Fred Van Lente, Marc Borstel, Ibraim Roberson, Frank D’Armata and Joe Caramagna. Old Man Logan leads a team including Domino, Lady Deathstrike, and Warpath who encounter Weapon H for the first time. However, Weapon H is not overjoyed at meeting the group and attacks, prompting Domino to ask him if he was okay. “feel lucky” while telling him that she “Always Wins”. However, when she shoots him, he quickly discovers that Weapon H’s lucky chance powers prevent him from being hurt.

Weapon H’s luck powers nullify Domino’s probability manipulation powers, as she is surprised to see that Hulkverine is unaffected by her most effective ability. Hulkverine uses the abilities he got from Domino against her. Since Weapon H is a combined hero with the powers of Domino, Hulk, Wolverine and many other Marvel characters, his abilities are still evolving and being discovered. In a recent story, Weapon H’s abilities evolved to give him his own Red Hulk form. Guessing what the Hulkverine is capable of must seem next to impossible.

Unfortunately, Domino’s Weapon H luck powers are one of her least seen abilities. But still, with the manipulation of probabilities, the combined Wolverine/Hulk hero has a power that none of the main heroes he was designed to be ever had. Domino might not be the deadliest hero that Weapon H got his powers from, but his luck abilities will certainly come in handy when he needs them.

Clayton Cortez was a Marine and former Eaglestar contractor whose team was hired to eliminate the villagers of Ujanka for sabotaging an oil pipeline from Roxxon. However, his conscience caused him to kill his own men to protect the villagers, which resulted in his capture and subsequent sale to Dr. Aliana Alba, head of Weapon X’s Batch-H division, who used Clayton to create a hybrid mutant of Hulk and Wolverine. However Weapon-H was different from other Weapon X’s in many ways; first of all, he wasn’t personally recruited by Principal Stryker, so he wasn’t a “true believer” in his cause; and secondly, Alba left more of his brain than other subjects, with the intention of training and disciplining him better.

Using a foam roller before training has this incredible result

Are you boss or leader? The battle between power and leadership

Video: Toni Costa shows off his very original Christmas tree dancing in the company of Alaïa

This is how the Black Panther fan event was lived: Wakanda Forever in Mexico