“We wanted to get a change in the viewers.” The Wachowskis explain why the ‘Matrix’ sequels were groundbreaking 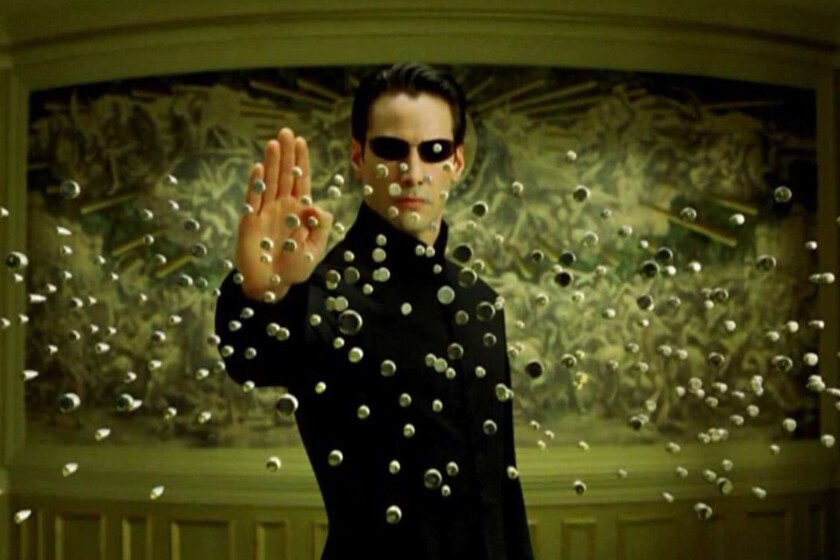 A lot has happened since the release in 1999 of one of the films that would go down in history as a modern classic of science fiction cinema. ‘Matrix’ became a benchmark within its genre and soon had continuity with two sequels (and a fourth installment that has come to us more recently). Lilly and Lana Wachowski explain the great bet it meant for them embark on the sequels.

From now on, spoilers of the first three ‘Matrix’ movies.

The Wachowskis have always been characterized by the honesty with which they they throw themselves fully into those projects in which they firmly believe. They did so with ‘Matrix Reloaded’ and ‘Matrix Revolutions’, the second and third parts respectively.

As explained by Lana Wachowski, the 1999 film showed a more classic scheme while the second called into question everything previously seen and the third was much more ambiguous:

The first film has a more classical approach. The second is deconstructionist and turns everything that was true in the first (…) (The third film) invites you to participate in the construction of meaning.

The directors compare this to their experience on ‘Cloud Atlas’, in which there were many subtle elements that needed an active viewer to read between the lines and draw their own conclusions. According to Lilly, it was exactly what they wanted to do with ‘Revolutions’: turn passive audiences into active ones:

The public goes to the cinema to disconnect and that is not what we intend. We don’t want to give a passive cinematic experience… we want to participate. We don’t want what we love about cinema to continue to contract and shrink, which is where it’s heading.

‘Matrix’ shows a more traditional structure and the two consecutive sequels intended make the audience experience the same process that Neo goes through. Just as Keanu Reeves’ character begins ‘The Matrix’ being ripped from his normality, ‘Reloaded’ rips viewers out of the comfortable situation in which the first installment leaves them.

Similarly, the ending of ‘Matrix’ transforms Neo from passive pawn to constructor of the meaning of his own life and so does ‘Revolutions’ with the audience, according to Lana:

What we wanted with the whole story was to achieve a change, the same kind of change that Neo experiences, from being in this protected and programmed world to participating in the construction of the meaning of his life.

Another movement with which the sisters tried to change the way in which the spectators saw the cinema was in the very conception of the two sequels, which were planned as a whole, more than like two installments. They were shot at the same time and were initially expected to be released two or three months apart (which ended up being six), so that the cinematographic experience would be even more compact.

On the other hand, they also developed ‘The Animatrix’a Japanese animated film that brought together new complementary shorts with the ‘Matrix’ universe and provided more information about the context of the sequels.

So, regardless of whether we like these two sequels more or less, it is undeniable that the Wachowskis jumped into the void with a most ambitious project and that, of course, managed to do something different to the film that consecrated them in the cinematographic panorama of the moment.

Geraldine Bazán breaks the silence in the midst of the supposed separation of Gabriel Soto and Irina Baeva: “we always talk” | VIDEO

All the series and movies that leave Netflix in July 2022

Lady Gaga says sorry to her fans, crying after canceling concert in Miami