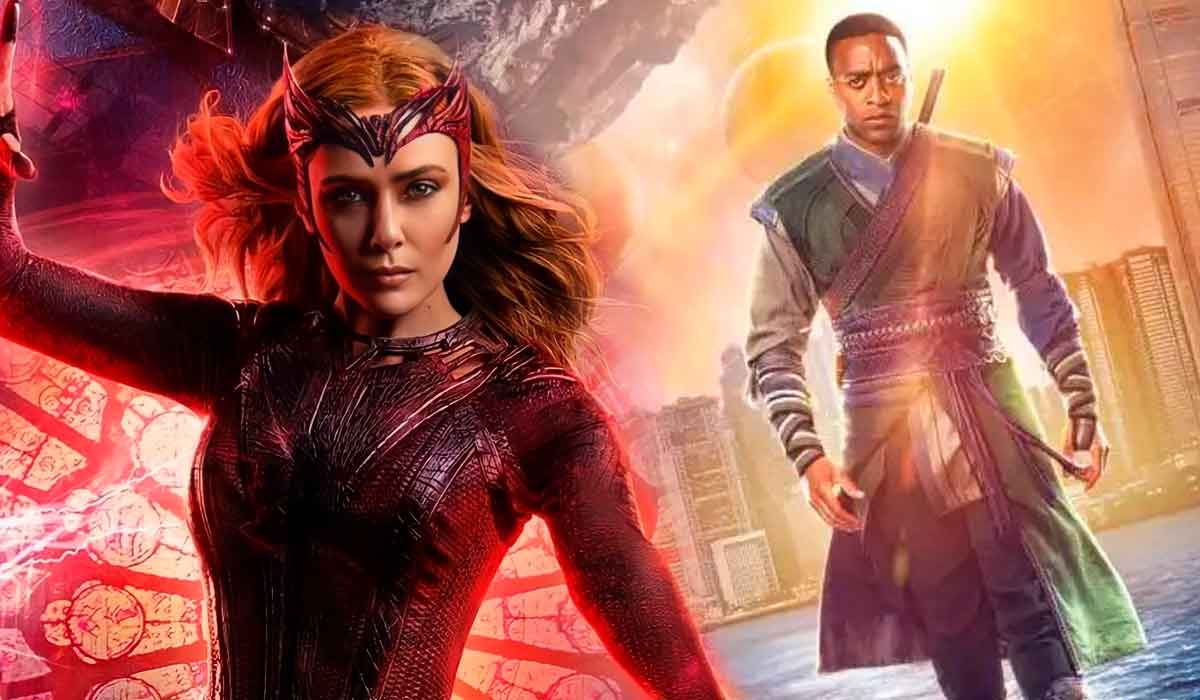 Doctor Strange in the Multiverse of MadnessIt had some shocking scenes. Now we know that Mordo was going to face the Scarlet Witch

Several concept art have leaked on social networks of Doctor Strange in the Multiverse of Madnessa. The stills reveal a deleted scene in which Chiwetel Ejiofor’s Baron Mordo confronted the Scarlet Witch on Earth-616.

When Strange and America Chavez (Xochitl Gomez) escape the Scarlet Witch by traveling through the multiverse and land on Earth-838, the pair encounter Master Mordo from that reality, who is also a member of the Illuminati. Before Mordo welcomes them and then drugs them. Strange mentions to Chavez what his relationship with Earth-616’s Mordo variant and his crusade to eliminate the wizards had been like. In the audio commentary for the digital release of the Doctor Strange sequel, director Sam Raimi and writer Michael Waldron reveal that a scene with Mordo from Earth-616 was cut. This was originally going to be the opening scene of the film, which would have shown the original Mordo confronting Wanda, who would have decapitated him and presented her head to Strange in a later scene.

Now Doctor Strange Updates on Twitter he shared some concept art of the film showing what the deleted scene between Mordo and the Scarlet Witch would have looked like, to which Sam Raimi and Michael Waldron made reference, which shows Mordo’s visit to Wanda in the middle of her hell corrupted by Dark Hold.

that was the scene

Concept art of the Mordo vs. Scarlet Witch confrontation in #MultiverseOfMadness

The scene would’ve shown Wanda “killing him by cutting his head off” with her presenting his head to Doctor Strange at a later point in the film. pic.twitter.com/Tv2k6U8iWN

Eventually the scene was replaced with Defender Strange and America Chavez being chased by a demon in the space between universes, setting up the fast pace of the film. The scene where Mordo and Wanda squared off would have affected this pacing while removing any tension and uncertainty during Strange’s later visit to Wanda. Still, it arguably makes sense to pick up where the first Doctor Strange left off and immediately set up Wanda as the villain before he presented Mordo’s head to Strange. However, killing Mordo of Earth-616 would have prevented him from appearing in future Doctor Strange movies.

Mordo is both a recurring character and a crucial antagonist in the pages of Marvel Comics. As shocking as it would have been to see the Scarlet Witch slaughter a notable character at the start of Doctor Strange in the Multiverse of Madness, Ejiofor has as much more to offer the MCU as Mordo in Doctor Strange 3 or other movies or series. Fortunately, fans now have the best of both worlds, as the above concept art gives audiences a pretty good idea of ​​what that deleted scene would have looked like.

Doctor Strange in the Multiverse of Madness is already available in Disney+.

PINK VENOM Pop Up Store, where will the store be?