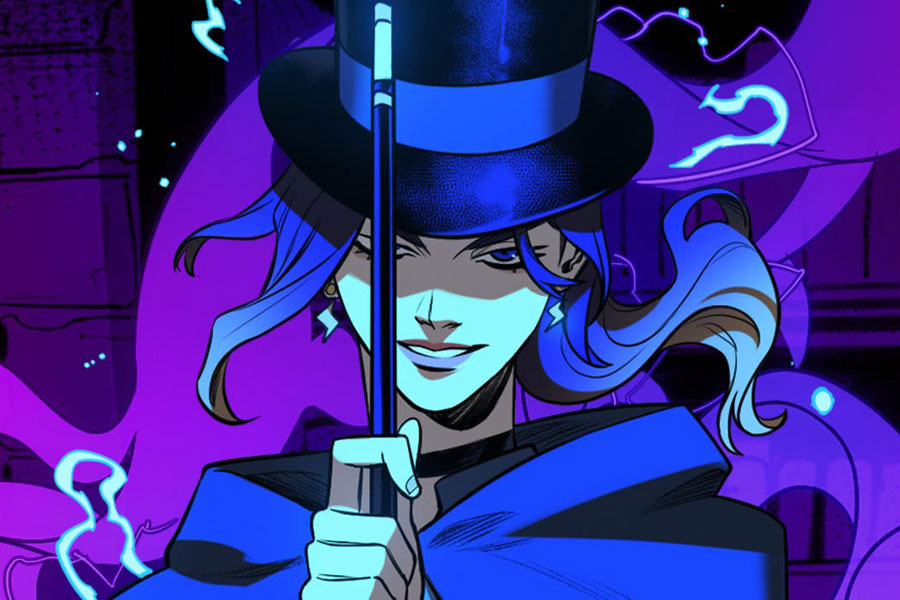 A new collaboration between DC and Webtoon takes shape with the trailer for Zatanna & the Ripper, with John Constantine as a guest.

The partnership between DC and Webtoon continues to reimagine iconic DC characters, and now it’s the turn of one of the most powerful wizards in this universe. We are talking about the series Zatanna & The Ripper, whose trailer has already been presented.

Synopsis for Zatanna & the Ripper

Giovanni Zatara is one of the most talented magicians in the world. His daughter Zatanna, for his part, is among the most powerful in the world. On her 21st birthday, Zatanna witnesses a fight between her father and the sorceress Allura. However, before Allura can get to her daughter, Giovanni launches Zatanna far away, to London, England… in the 19th century. Zatanna tries to use his magic to get back home, but is unsuccessful.

What it can do is pull things from the future (and the past). Thus, his small room from the 19th century is now full of modern gadgets. She seems like she will be trapped forever until an old friend finds her: John Constantine. Recognizing him from her past, or her future, he tells her that he knows how to get her home. They will have to solve the murders of Jack the Ripper.

To make matters worse, Zatanna also quickly learns that she is among the Ripper’s targets. In a gritty but magical journey (with a healthy touch of romance), Zatanna and John Constantine join forces to find and unmask Jack the Ripper.

Zatanna & The Ripper is written by Sarah Dealy and directed by Syro.

Do not stop reading: A fan art shows that Anya Chalotra would be a perfect Zatanna

DC’s most powerful magical beings await you in our online store with:

A trip to another place… with John Constantine!

When Wonder Woman, Zatanna and Swamp Thing are defeated at the hands (and an endless row of teeth!) of the Upside Down Man, the remaining members of the Justice League Dark: Detective Chimp, Doctor Fate and Man-Bat, will Anything to save the rest of their friends, even if they have to make a deal with the man they’ve sworn never to believe again…John Constantine!

But there is a price to be paid for the wizard’s advice, and when the group invades the Elsewhere, the Upside Down Man’s domain, Constantine’s power may be more than they bargained for. But before an enemy like this, everything has a cost. And as his losses continue to mount, what, and who, will the team be willing to sacrifice to defeat his greatest foe?

Spain: where to watch the round of 16 match of the World Cup in Qatar 2022 for free and online

Martín Altomaro, the biography of “Nico” in Soy tu fan

16 Photos Of Siblings That Prove Weirdness Runs In The Family