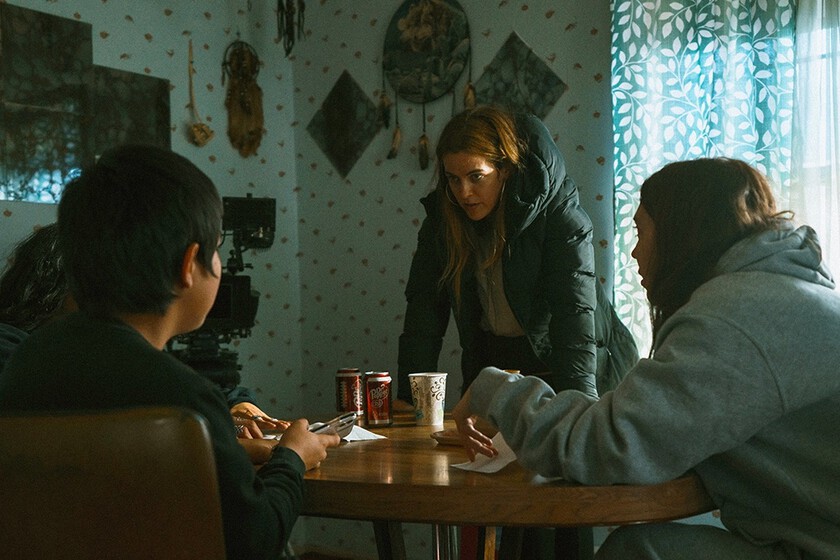 Following the trend of recent years, the most stimulating cinema at Cannes 2022 did not come from the Official Selection, normally dedicated to the big names that no one wants to miss, but often not very groundbreaking, with a selection that this year combined the usual dose of revered directors with a significant gap for filmmakers presenting their second or third film (Lukas Dhont, Ali Abbasi, Léonor Serraille, Saeed Roustayi), however, the most interesting voices of this edition came from the rest of the parallel sections, competitive or not.

In this group of enormous interest, although less media focus, we found wonders like ‘The Woodcutter Story‘, Finn’s debut feature Mikko Myllylahtiwhich follows in the footsteps of absurdist cinema with a fantastic touch, halfway between Dupieux’s surreal comedy and the Nordic minimalist magical realism of ‘The Innocents’, for example, or ‘Pamfir‘, also debut of the Ukrainian artist Dmytro Sukholytkyy-Sobchukwhich impresses with a drama that is somehow reminiscent of the new wave of Romanian cinema of the last two decades, with the addition of a magic point of traditional superstition.

Two solid first feature films that, despite their weaknesses, augur great potential, in an edition in which the competition for first films, including the Spanish ‘El agua’, has been truly captivating. Precisely our favorite, the American ‘War Pony’, by Riley Keough and Gina Gammelin competition at Un Certain Regard, won the award for best debut film last night, the coveted Golden Camera.

In addition, in this section, which usually hosts the first works of filmmakers in their search for their own cinematographic voice, or those somewhat more radical proposals that do not pass the cut of what is established for the official competitionas happened in the previous edition with ‘Lamb’ (Valdimar Jóhannson) or ‘The Innocents’ (Eskil Vogt), is where we found some of the best bets of this festival.

To the already mentioned ‘War Pony’, from Caviarthe Los Angeles-based Belgian production company that is quietly taking control of the best little American indie hits of recent years like ‘Diary of a Teenage Girl’ (Marielle Heller, 2015), ‘The Rider’ (Chloé Zhao, 2017) or the most recent ‘Sound of Metal’ (Darius Marder, 2019), adds the immense ‘Godland’ (2022), by the Icelandic Hlynur Pálmason (‘A White, White Day’) or the Franco-Korean ‘Return to Seoul’also known as ‘All the People I’ll Never Be’, the second feature film by the French filmmaker of Cambodian origin David Chouwhich has also fascinated us and which we will talk about below.

In the Pine Ridge Native American reservation, Bill, a young man in his twenties and already the father of two children from different couples, lives between odd jobs and not very brilliant businesses, in the shelter of his mother’s house, which usually also acts as a nursery for a handful of children. In parallel, Matho, an abandoned child, and his small group of pre-adolescent friends discover the existence of drugs early and, with the innocence of child’s play, begin to traffic small doses harmlessly.

With an apparently sheltered ethnic minority population, but in reality ghettoized by petty crime and drug use, this small community struggles to keep its balance between the ancestral tradition transmitted between generations and survival in that great capitalist machine of the United States.

A double vision that coexists and intersects, and in some way explains the origin of those Bills and the enormous difficulty in breaking that inevitable destiny, for which the lack of opportunities outweighs good intentions. Starting from that point of view of an underrepresented community, the film incorporates an identity component that adds value with respect to other productions on a related theme.

Starring native actors with truly genuine performances and directed in a novel way by the duo formed by Gina Gamel and the famous actress (and granddaughter of Elvis) Riley Keoughthe strength of ‘War Pony’, whose narrative has little to envy the best American indie author of recent years, predicts a promising career ahead.

With a mixed team and an international production involving several countries, the French filmmaker of Cambodian origin tells the story of a young woman traveling to Korea for the first time, where her biological parents gave her up for adoption. The initial trip, disguised as an innocent vacation, actually becomes a contact as the first step to investigate its origins.

A story of search in several sections, which begins as a kind of dramatic thriller to meet some unknown parents and becomes an identity drama of inner search of one’s own self and its place in the world, leaving several films in its wake. . Mainly supported by an overwhelming character, although full of contradictions, the film drags us with her through the streets of a modern and cosmopolitan Korea represented with the strength of a character in itself.

Backed by a naturalistic and at the same time powerfully attractive staging, with visually very powerful passages, ‘Retour a Seoul’, (or in its possibly more pertinent international version ‘All the People I’ll Never Be’), is a very solid proposal, especially considering that it is a second feature film. A very enjoyable cathartic introspective journey.

Is ‘The Batman’ steelbook worth it? This is the limited edition, what all the extras on the exclusive disc provide and more details

Who is The Harvester, the villain of Batman Unearthed