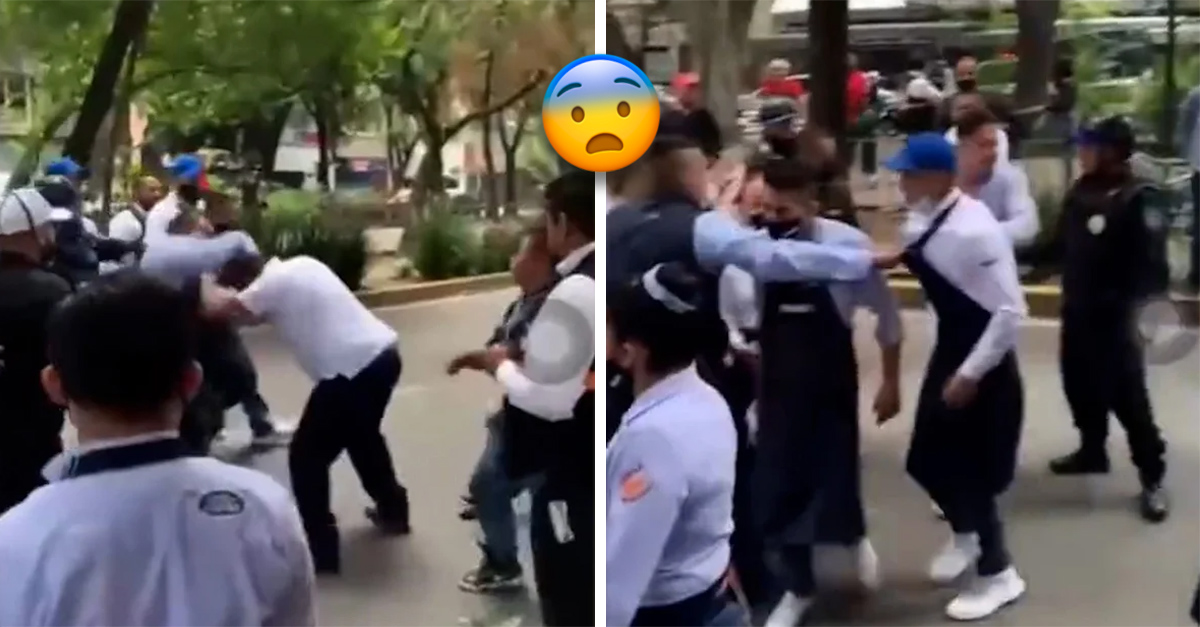 Through social networks, the video of a pitched battle unleashed outside a branch of the Fisher’s restaurant, located in the Cuauhtémoc mayor’s office, in Mexico City, was shared. The protagonists of this fight were diners and employees of the restaurant.

According to information from various media, everything seems to indicate that the fight broke out just after the restaurant managers refused to pay the medical expenses of a minor who was injured inside the establishment.

Here in CDMX there was a pitched fight in the restaurant #Fishers Rome @AlcCuauhtemocMx it is commented on the networks this is because the managers of the place refused to pay the medical expenses of a minor who was burned with a soup by an employee pic.twitter.com/8vXqKnmsel

Everything indicates that the little girl, one year and eleven months old, was injured by one of the employees who accidentally spilled a hot liquid on her.

After the accident, the minor was taken by ambulance to a private hospital. However, the girl’s parents asked the manager of the place for payment of medical expenses, as well as a copy of the videos of the security cameras that captured the event, but the manager refused to do so and it is said that he also hid to the responsible waitress.

In the presence of elements of the Police, who intended to refer the employee and the manager to the Public Ministry, the other workers intervened and unleashed the fight. According to the Attorney General’s Office of Mexico City, the minor’s relatives filed the complaint arguing that the girl’s state of health is delicate but stable. However, hours later, the mother of the little girl announced that the restaurant chain promised to pay for the medical expenses that are required and thanked those who showed solidarity with the cause on social networks, using the hashtags #JusticiaParaEmma, ​​by demanding that they take responsibility for the accident.

It is worth mentioning that the restaurant has already had conflicts and has gained the bad reputation of being a problematic business, since this is not the first time that it has caused controversy, since when the covid-19 pandemic was at its peak, the restaurant staff restaurant did not take into account the health measures and was even evidenced by diners who visited the establishment.

It is not surprising what happened in #Fishers the end of. Not only do restaurants never want to take responsibility for the damage they cause; but because Fishers is not a restaurant, it’s a snack bar disguised as a rest. familiar q therefore drunk always ends badly. pic.twitter.com/DKbACAACra

VIDEO: Andrés García’s wife breaks down in tears when talking about the actor’s state of health

Wearing this heeled Skechers ankle boot is like wearing slippers

This sound bar is one of Samsung’s best, and its 500 euro discount is a sensational preview of Black Friday