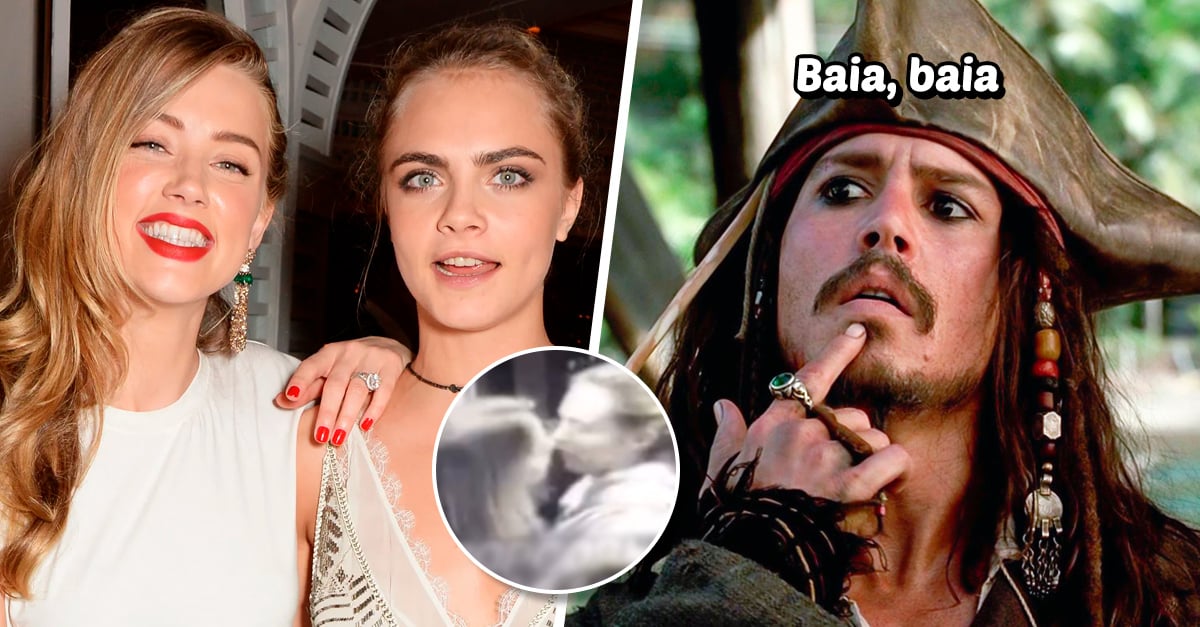 After the recent trial for defamation of Johnny Depp against his ex-wife Amber Heard, the intimate life of both has been scrutinized by the public, in particular the infidelities committed by the star of Aquaman, that continue to be a topic of conversation on social networks.

Recall that Depp repeatedly accused his ex-wife of being unfaithful to him during their relationship, even his misdeeds were documented by the elevator security cameras of the building they shared in Los Angeles, California, where Heard was seen in the company of Elon Musk and James Franco when the star of Pirates of the Caribbean he was on a trip.

In addition, Depp claimed that Heard was involved in a love triangle with Elon Musk and actress and model Cara Delevingne. Even during the first trial in the UK, one of the actress’s “friends” revealed in court that Heard cheated on her ex-husband with the model.

Musk denied such claims and although evidence of the alleged cheating with Delevingne was not released at the time or in the recent trial, the latest images circulating on social networks are the only evidence revealed to the public about the relationship between the two Hollywood actresses.

Video of the Eastern Columbia elevator in Los Angeles where Johnny lived. AH is shown cheating on Depp with Cara Delevingne.

I think this video is new, I had not seen it before, only part of it. pic.twitter.com/S17RvWMSFg

Posted by the YouTube channel Popcorned Planet, the images are of poor quality, but judging by their appearance, most people are convinced that the mystery woman Amber Heard is kissing is none other than Cara Delevingne.

The photos belong to the security camera of the elevator of the Eastern Columbia building, in Los Angeles, California, where Heard was also seen with Musk. According to rumours, the three celebrities would have been intimate moments later in the old apartment that the actress of Aquaman shared with Johnny Depp.

the craziest video format of the 2000s

Jennette McCurdy reveals details of what she lived in Nickelodeon