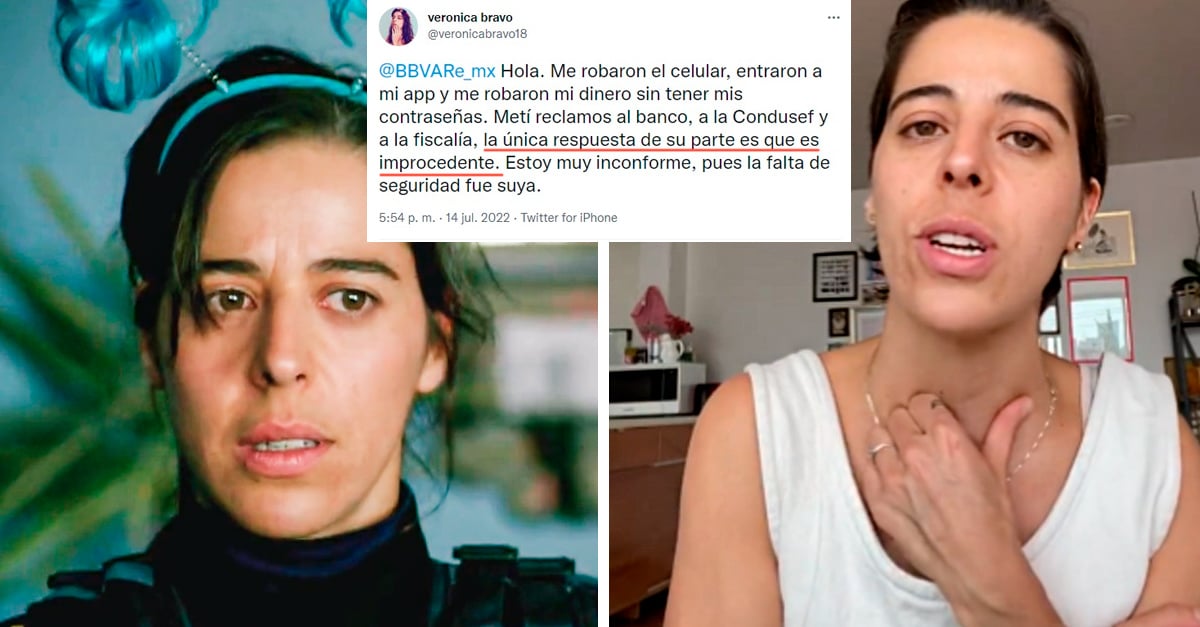 At the end of June, the actress Verónica Bravo suffered the theft of her cell phone and on her Twitter account she explained how the thieves had entered the BBVA Bancomer application and accessed all her savings.

According to “Lieutenant Ramírez”, only the mobile phone was stolen, not the card or wallet. In this way, the thieves were able to enter the bank’s application and steal the money that he had obtained from his work.

She contacted the bank to see how they could support her in this situation, but they refused to offer her any solution and to return the money that was stolen.

By July 14, the actress indicated that she had already complained to the bank, the National Commission for the Protection and Defense of Financial Services Users (Condusef) and the Prosecutor’s Office, but did not receive a satisfactory response.

As a result of the bank’s refusal, Verónica decided to expose them on social networks to show, in her words, that the BBVA Bancomer application is not secure despite being easy to use and that the bank also mocks the trust that users they have in it.

Here it goes, again. @bbvaedufin @BBVA_Mex @BBVAre_mx you already have the details and you know that the fault is yours. I am looking forward to your response. pic.twitter.com/TUdvsAW3IU

In addition to this, she comments that the same thing did not happen with the Santander bank application. The reason for making the problem public and viral is to exhaust all media resources, according to the actress, and ask all the people who want to support her to share the video so that all the clients of said bank know that the application, even when it is functional it is not safe.

Pamela Anderson accuses Tim Allen of stripping in front of her; the actor denies it

Eugenio Derbez and Alessandra Rosaldo launch a fun parody of Shakira’s theme: “Everyone just like you”

Frida, the rescue dog from the 2017 earthquake, dies