‘Velma’ (2023), review: She makes the mistake of thinking she’s too smart: her aspiration to be a teenage animated ‘Scream’ without Scooby-Doo doesn’t work 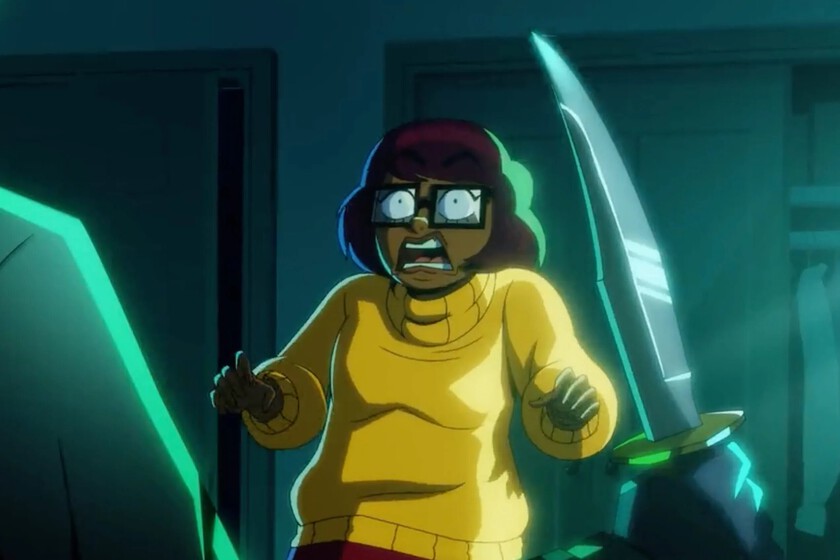 Scooby-Doo was born on September 13, 1969 by Hannah-Barbera with the intention of creating a peaceful program to counter generational anger over superhero series which were so abundant at the time.

The success was so resounding that it has been kept going for 55 years based on spin-offs such as ‘Roll up, Scooby Doo!’ or ‘Shaggy and Scooby-Doo Detectives’ and movies. Without going any further, ‘Trick or treat, Scooby-Doo!’ was on everyone’s lips last year by showing the first lesbian love of Velma onscreen. The saga was still a niche product, and more so these days, but nothing prepared us for the disaster that was about to come.

‘Velma’ is an HBO Max mistake. Wants to be smart, sarcastic, and make a meta comment on TVthe cartoon series for adults and the franchise itself to which it belongs, like a kind of ‘Scream’ passed through the ‘Scooby-Doo’ filter, but it doesn’t come out well at all. It’s adult animation made by people who don’t understand adult animationpeople who have seen an episode of ‘Rick and Morty’ and ‘Family Guy’ and have thought that they too can do the same.

As soon as the first episode begins, Daphne is in the showers of her high school when two cockroaches start having sex. This supposed joke sets the tone of the series very well: It doesn’t matter if it’s funny or not, what matters is to highlight how different it is from its mother series. Right after, there’s an endless dialogue in the locker room about how many naked bodies are shown in the pilot episodes to get the public’s attention, and that it’s pathetic. This is the level of the meta comment you are trying to make. From here down.

‘Velma’ is only clear that she wants to be provocative, and she doesn’t care if she loses bite, quality and humor along the way. Even jokes based on ‘Scooby-Doo’ are more embarrassing than anything else. For example, “The Mystery Machine” is now the name of a drug, and Norville, the young, African-American version of Shaggy, continually comments how much he is against it. They are transgressions so banal, boring and simple that the general reaction is not anger or laughter, but rolling your eyes. and hope that at some point it improves.

Humor, where are you?

‘BoJack Horseman’ marked a before and after in animated series for adults. The Netflix series understood adulthood not as an excuse to continuously introduce sex and drug jokes, but as a way to get closer to our fears, fears and psychological problems. Since then, the series have tried to evolve in this sense. Being less Seth McFarlane and more BoJack. ‘Velma’ takes a step in this direction by trying to stage panic attacks…but, once again, he fails in the attempt by almost parodying them.

The intentions of ‘Velma’, on paper, are not bad: a seasonal mystery trying to find the culprit behind the murders in a high school that is connected to another larger one in the life of the protagonist, and also telling how the group of ghostbusters was formed, all starring a character with mental problems and anxiety attacks. The problem is that refuses to let go of what the writers think are jokeseven in the most lurid or serious moments, and the concoction that they end up serving us is not appetizing at all.

Not everything is bad: the animation at the moments of anxiety attacks, in addition to the designs and color, are great, almost belonging to another much more worked series. In the rest of the footage, the animation is very standard, with some boring designs and some questionable aesthetic decisions, which do not completely abandon the original designs but neither do they embrace a new one more appropriate to the new times: the result, as you can imagine, is maddeningly mediocre.

The Scooby Gang on Twitch

The unsuccessful attempts at a joke are happening throughout the two episodes that have been released so far before our astonished gaze: Fred has a small penis, Daphne is the school pusher, Velma thinks “420” is a code for “adults who still watch cartoons.”… The meta comment is underlined until it’s unbearable, the attempt to transgress is the same as a twelve-year-old trying to upset his parents and the attempts to infuse modernity (Norville has a Twitch channel!) seem written by people in their fifties who are still using Windows 98.

It is difficult to scratch the positive aspects of a series that it will piss off all political spectrums, animation fans and non-fans, teens and adults. Few times in my life have I had to face such an eminently failed product, in which not even the seasonal mystery gets hooked. How, if we are lost between jokes about Fred’s pubescent body and meta explanations of everything we are seeing?

Knowing what you are doing wrong and emphasizing it does not make it right. If you use your meta ability to highlight those creaky elements in your composition, you’re not doing a very good job: ‘Velma’ is a wasted attempt to update ‘Scooby-Doo’, but instead of using the original series as a springboard to tell other stories, he just does what he wants. Velma could be called Martha, Julia, or Rachel and the result would still be the same. Or what is the same, he has gone overboard without realizing that he was manufacturing the biggest nonsense in the world.

Who is Penny Knatchbull, Philip’s close friend who made Elizabeth II jealous?

She-Hulk confirms one of the weirdest villains in Marvel history