Users tell the dumbest thing they have done for love 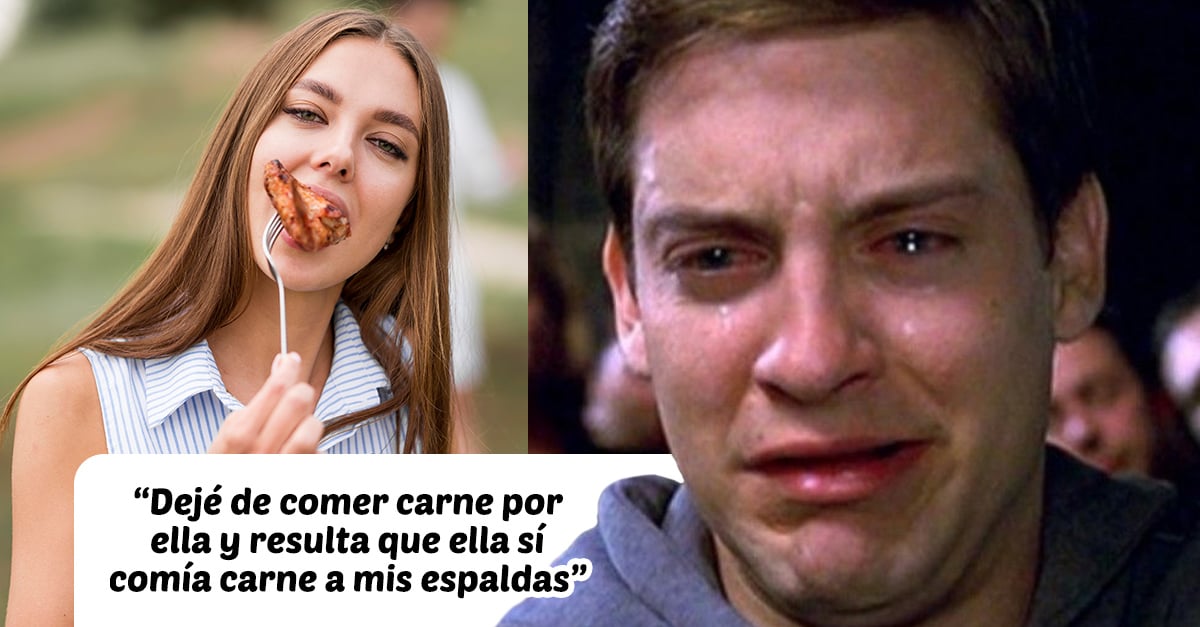 Without fear of being wrong, we can affirm that we have all been in love. Otherwise, you have saved yourself from committing something foolish for love. Although well, these are worth it when you find the right person, but when you don’t, only the record of the nonsense you said and did remains.

Knowing that the craziest things are done in the name of love, a Reddit user threw the question of questions: “What is the dumbest thing you have done for love?”, which unleashed the most incredible heartbreak stories ever told. Here are some so that this time you feel sorry for someone other than yourself.

When I was 11, I gave my holographic Charizard card to the girl I liked. Then she gave it to another boy who she liked.

2. Apply hydrogen peroxide to the wound

My husband lost his wedding ring, so I used all my savings to buy him a new one where I had our children’s names engraved. When he arrived, on his birthday, before opening his gift, he asked me for a divorce.

3. This hurts us more than it hurts him

I removed my own ‘braces’ with a nail clipper so that the girl I liked would find me more attractive. In the end I did get a date with her and it was horrible.

4. The queen of cringe

I made up my mind to get my ex-boyfriend back who had recently broken up with me. For this, I went to his house with my guitar in hand (I don’t know how to play the guitar) and I played ABBA’s ‘Take A Chance On Me’ for him. When I finished, he looked at me strangely and he told me that it was a nice gesture but that he didn’t want to come back with me.

5. Thinking right is what I do

I wrote a new email to send an anonymous love letter to my crush. The problem was that I put my name on the email I sent him.

The girl I liked in high school told me I would look good if I shaved my head off. The next day I shaved, but she didn’t even notice. From that day on I was nicknamed Gandhi.

7. They call this man César Millán

I told the girl that I liked that I loved dogs and that I had many in my house. She immediately told me that she wanted to meet them, but the problem is that I didn’t have pets. I had to go to the pound to ‘rent’ some just to impress her.

8. Come on, for being naughty

One day, my ‘crush’ and I were talking on the phone, we decided, after a while, that I would go to his house at that moment (we were 13 years old). I slipped away to take my bike and go see her. I arrived an hour later and she was already asleep. When I came back, my parents caught me red-handed.

9. Not even Eminem dared so much

10. Safe therapy after this

I spent everything I had to buy a Toyota pickup truck for the girl I liked. We went out twice and then she left me for another.

I stopped eating meat because of her and it turns out that she did eat meat behind my back.

At a party, a girl leaned into my ear to whisper something, but I’m half deaf and she just said it from the side I can’t hear. I turned to look at her and at that moment I looked straight into her eyes, so I thought: ‘Why not?’ and tried to kiss her. Turns out he just wanted to know where the bathroom was.

13. Bill Gates is disappointed in you, son

I turned down a job at Microsoft right after I graduated from college because I didn’t want to leave my girlfriend. We broke up and I’ve never had another job opportunity like that again.

14. Making bad decisions is my passion

I had a vasectomy at the age of 20 because the girl I was dating had a child and she didn’t want any more. We last six months.

When I was 15 years old, I started a fight in front of the girl I liked to impress her. I chose a small child to make it easier. The kid kicked my ass.

For the mountains or for the city, your new favorite boots are in the Selected sales of El Corte Inglés

Rapper Takeoff is shot to death in Houston. Offset and Cardi B are still silent

Jomari Goyso: This was his return to ‘Despierta América’ after the accident