US woman complains of being “smelling like dirty Mexican” 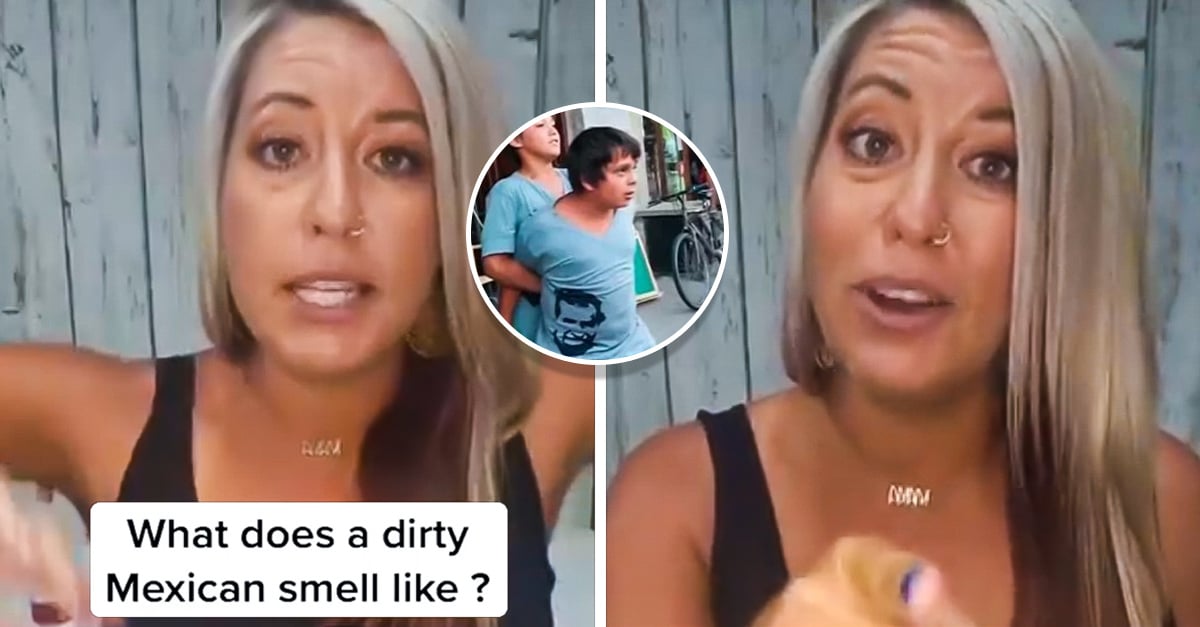 Holly Weaver Smith, originally from the United States, recently infuriated Mexicans by making derogatory comments about them. It turns out that Ella Smith went on vacation to Mexico for a week and the first thing she did when she returned from her trip was to record a video in which she stated that since her return she had not stopped smelling “dirty Mexican.”

His clip went viral, and not for good reasons. As expected, this video unleashed a wave of negative comments against him.

Holly Weaver Smith, owner of the Sweet Savannah boutique, uploaded a video complaining that being in Mexico, her body was impregnated with the smell of “dirty Mexican”.

We went to Mexico for a week and ever since we got back, my armpit smells like Mexican. Every time I sweat, a Mexican dirt comes out… I’m serious… I’ve tried everything.

That’s how I smell right now, like dirty Mexican…

As if that were not enough, the woman explained that she tried to eliminate said odor with various soaps, deodorants and hacksbut the smell was so intense and bad that he couldn’t remove it.

Her statements upset thousands of Internet users, who did not hesitate to label her racist and classist. In addition, there were those who went to extremes and insulted her and even threatened her family, reasons for which the businesswoman had to apologize publicly.

Last Friday I made some comments referring to the Hispanic community… those comments were super hurtful and it was never my intention to hurt anyone.

I am a human being, I have feelings and this is hurting my family… I just wanted to tell you that I am truly sorry. I’m not going to deny it or try to justify it, those were my words and that was the most unprofessional day of my career. I am very embarrassed.

Unfortunately, his apologies were not enough and the harassment continued, to such an extent that he had to close his social networks permanently.

Bad Bunny and Rosalia are part of the official soundtrack

Federer wants to say goodbye in a match with his eternal rival: Nadal