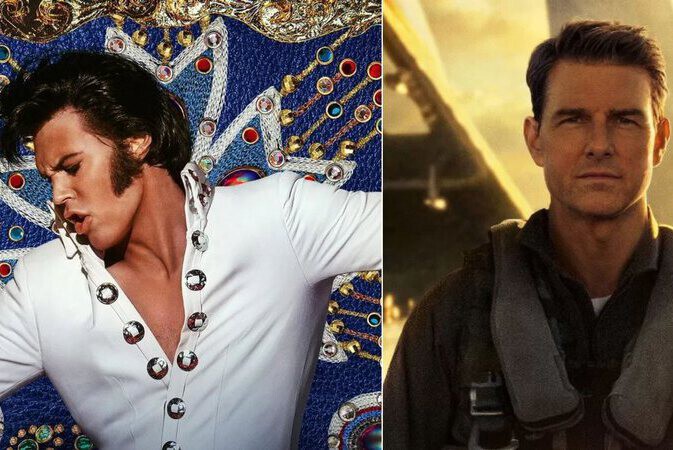 The weekend between June 24 and 26 has left us some really exciting box office data in the United States, with a technical draw between two most unexpected contenders at this point of the year and seeing the respectable taste for the great franchised titles. These are none other than the seemingly imperishable ‘Top Gun: Maverick’ and the newcomer ‘Elvis’.

Of rookies and veterans

The aerial epic starring Tom Cruise has closed its fifth week on the bill, occupying number one with $30.5 million which are added to his astronomical 1,006 collected worldwide. After her, the musical biopic directed by Baz Luhrmann has debuted with the same amount – a couple of hundred dollars less, to be exact -, far exceeding all expectations.

In third position, the dinosaurs of ‘Jurassic World: Domionion’ continue to roar loudly with $26.4 million plus. But this week it is interesting to look a little further down the table, since the fantastic ‘Black Phone’ by Scott Derrickson has started its journey in theaters with some not inconsiderable 23.3 million that leave a most curious fact.

This is the first time since Thanksgiving 2018 that a weekend has closed its box office with four feature films surpassing the barrier of 20 million grosses. Something that, on the other hand, has not prevented the global from falling by 18.9% as no feature film belonging to any of the franchises of the moment has been released. Joy is never full.

Spain is different (but not so much)

In Spanish lands we still do not have official figures, but ‘Jurassic World: Dominion’ has once again crowned the box office with losses estimated at only 27%, which would place its amount for the weekend around 1.6 million euros. A figure that ‘Lightyear’, in second position, will have a hard time approaching if we take into account that in the US it has fallen by 65% on its second weekend.

The Top 5 have been closed ‘Elvis’whose premiere could be around 0.5 or 0.6 million euros —it all depends on whether the decline in ‘Lightyear’ is proportional to the American—, ‘BlackPhone’and one ‘Top Gun: Maverick’ that continues to wage war with its high-flying action also in our country.

KFC rewards its most punctual employee with 10 thousand dollars

James Bond car sold for more than $3 million at auction

What happened to Las Ketchup: from ‘Aserejé’ that marked an era for hairdressers and flamencologists

The Batman Confirms When The Penguin Spin-Off Will Start

Elizabeth Olsen says she has lost roles for Marvel