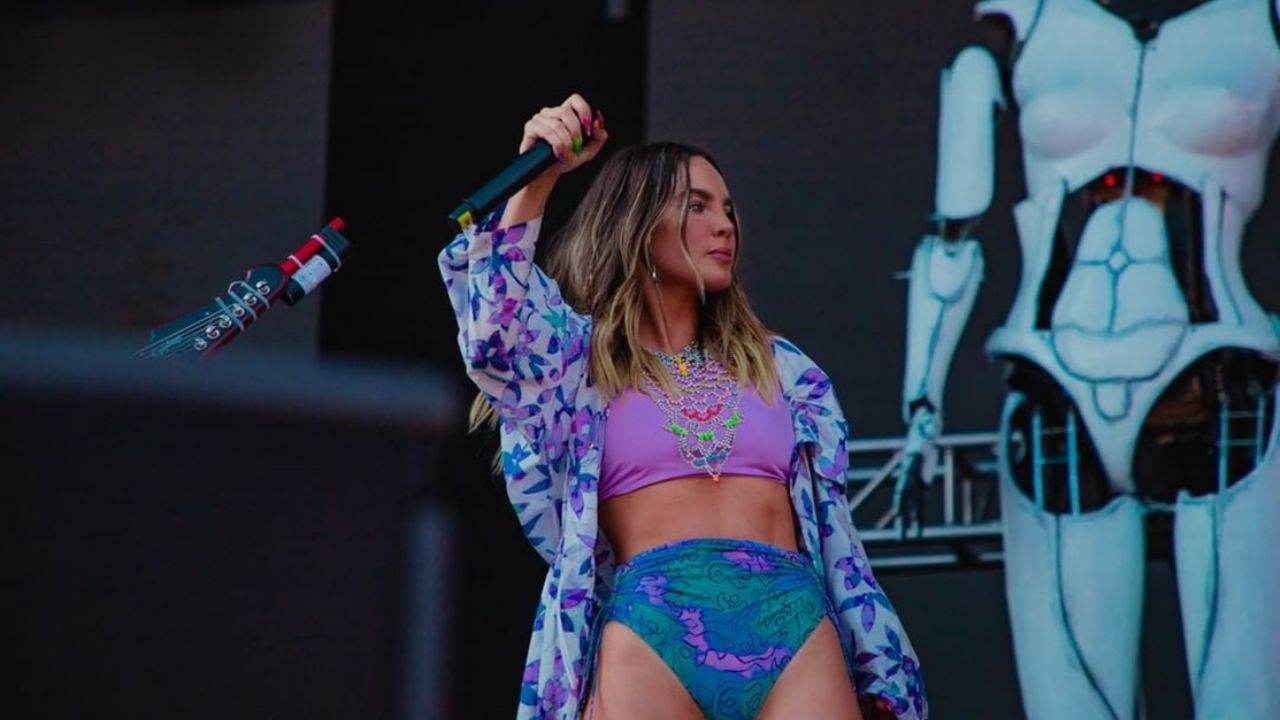 The singer Belinda performed this Saturday, June 25, at the Machaca Fest that took place in the Fundidora Park in Monterrey, Nuevo León.

However, the interpreter of “Ángel” was forced to stop the show for a few minutes and sit on the floor because she began to feel dizzy.

“I’m feeling a little dizzy, and I don’t want to get off the stage, so until I pass out I’m not going to leave. So if you’ll do me a favor, and sing this song for me and I’ll sit here with you, until I feel a little better,” he exclaimed.

Belinda accepted that she did not feel 100% in terms of health, but clarified that she would continue with her concert for her fans, to whom she expressed her love and promised not to fail them.

The also actress, who currently resides in Spain, mentioned that the dizziness was probably due to the trip of more than 10 hours she made to get to the music festival on time.

“I want you to know that I came straight from a 15-hour flight to be here with you because I love you with all my heart,” he said as he sipped what looked like an electrolyte drink.

He even showed how his hands trembled slightly and finished taking his serum while his followers performed the song “Angel”.

Some of the social network users commented that the actress probably suffered from a decompensation and sunstroke given the high temperatures recorded in Monterrey.

second trailer of the film subtitled in Spanish

“I’d bet on Professor X.” Giancarlo Esposito has met with Marvel about which characters he could play but he is clear on his choice.