Ukraine thanks celebrities for visiting the country after Russian invasion 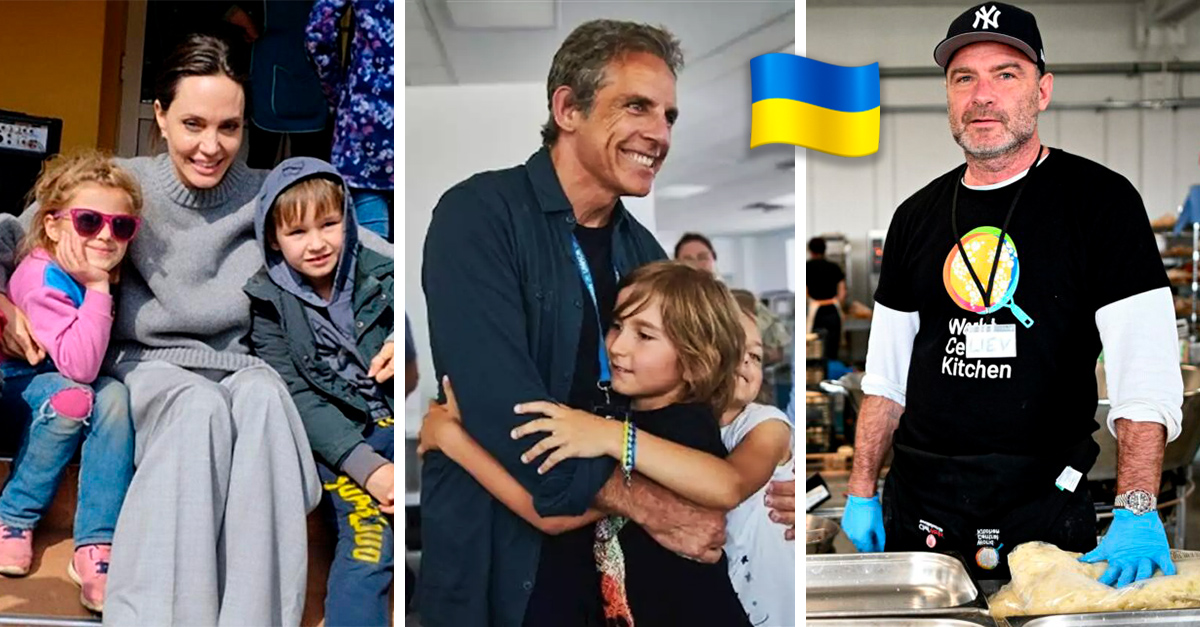 As the world watches the devastating destruction of Ukraine following the Russian invasion, numerous celebrities have taken to supporting the millions affected by making financial contributions or creating fundraisers using their public platforms.

However, without underestimating their noble work, among them those who have had the courage to visit the affected areas stand out, in order to document the level of tragedy that the country is suffering. For this reason, the Ukrainian government expressed sincere appreciation for the work of Hollywood celebrities who have visited the country during the war.

On the occasion of the recent visit of Ben Stiller, the latest star to join the growing list of celebrities who have set foot on Ukrainian soil to show their support, this June 20, the Ukrainian Ministry of Defense took advantage of to thank, through their official Twitter account, Sean Penn, Liev Schreiber and Angelina Jolie, who have also traveled to the country despite the danger.

🇺🇦 is grateful to Hollywood stars who, despite the danger, have visited us. @SeanPenn,@LievSchreiberAngelina Jolie,@BenStiller you are more than just an inspiration to all of us. Millions around the world have heard the truth from you about the struggle of the 🇺🇦 people. pic.twitter.com/ip0h4GQrBW

Ukraine thanks the Hollywood stars who, despite the danger, have visited us. Sean Penn, Liev Schreiber, Angelina Jolie and Ben Stiller are more than an inspiration to all of us. Millions of people around the world have heard from you the truth about the struggle of the Ukrainians.

Stiller, who is a goodwill ambassador for the UN Refugee Agency (UNHCR), visited Ukraine on the occasion of World Refugee Day. In a video posted on the official UNHCR Twitter account, the 56-year-old actor raised his voice on behalf of the millions displaced by the war unleashed by Vladimir Putin:

“Seeking safety is a right.”

UNHCR Goodwill Ambassador @BenStiller is in Ukraine for #WorldRefugeeDay. He’s there to stand in solidarity with people displaced by war and conflict all around the world. pic.twitter.com/30bpn0dAFN

I am meeting people who have been affected by war and hearing how it has changed their lives. War and violence are devastating people all over the world. No one chooses to run away from home. Seeking security is a right and must be respected for all people.

During his visit, the actor met with the President of Ukraine, Volodymyr Zelensky and took the opportunity to recognize his work:

It’s a great honor for me. […] You are my hero, you know. […] What you have done and the way you have brought the country and the world together is truly inspiring.

Stiller also met with refugees across the border in Poland. Similarly, Angelina Jolie also did extensive work with the agency and visited Ukraine in early May.

During the first days of the conflict, actor Sean Penn traveled to the capital, kyiv, to document what happened in Ukraine and show the world what is happening during the Russian invasion. During his visit, the president’s office said the country was “grateful for his courage and honesty.”

Liev Schreiber also did extensive work in support of Ukraine, including a visit last April where he met with Ukrainians in bomb shelters. In addition, the star X Men he spent time in Poland and Ukraine serving food to refugees along the border.

Schreiber co-founded BlueCheck Ukraine, an initiative that identifies, vets, and funds local aid organizations and uses their social media to spread information about the organization and the ongoing war.

The power of Black Adam is unleashed in a new behind-the-scenes look!