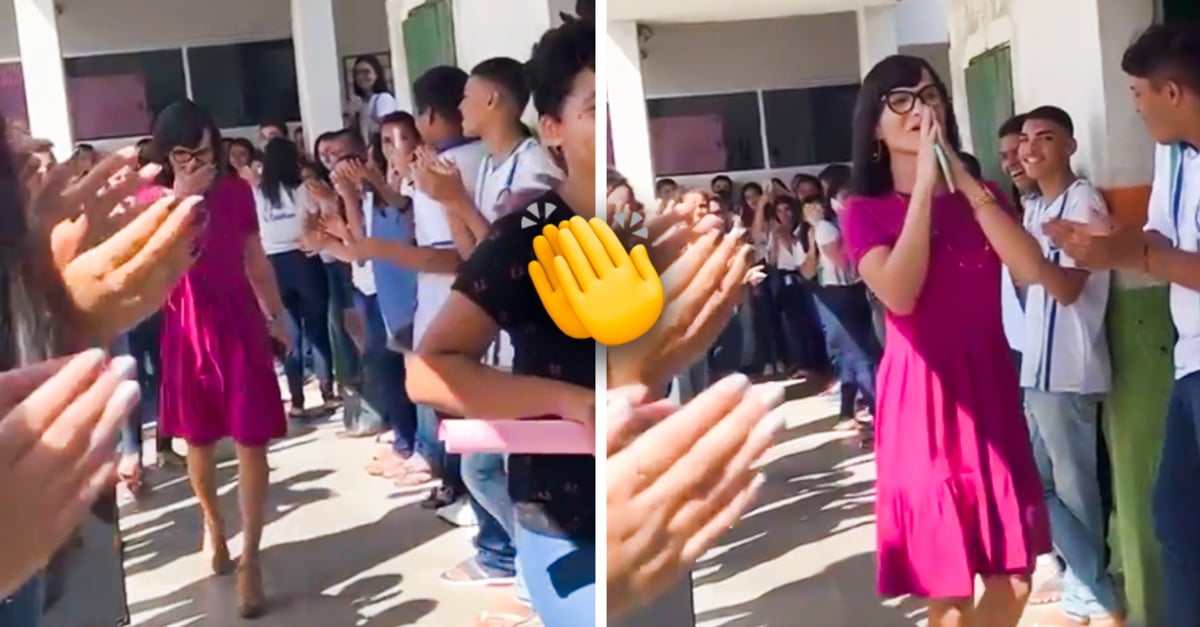 We are in the 21st century and we are still witnessing events full of discrimination and indolence towards others. It is sad and difficult to know that one does not live in the freedom to be because from far and near there are eyes willing to judge, label and belittle what does not concern them. However, there are still people who have the openness in their minds and hearts to help those who need it, like the students who supported the teacher Jhosy Gadelha, a Brazilian trans woman who suffered discrimination in a store by the owner.

One afternoon, Jhosy left shopping and arriving at a store, she wanted to try on and buy a skirt. When she was in the changing room, a lady asked her to leave her and she began to treat her with masculine pronouns. The teacher came out and realized that she was the owner of the store. Jhosy asked her not to name her that way, but the woman continued and told her that she was not going to call her feminine because she is not a girl and that if she were to have surgery, she would go to hell.

When the event reached the eyes and ears of her high school students, they did not hesitate to give her their support and affection, receiving her with applause and posters as a sign of respect and empathy for her.

🏳️‍⚧️Alunos fazem tribute to teacher who suffered transphobia in loja

The images showed the teacher being received by a corridor of students who applauded and shouted or named her.

Unfortunately, moments like these continue to arise around the world, full of transphobia, which is nothing more than fear, hatred, mistrust, discomfort or non-acceptance of transgender people. Of course, this should not continue, but as long as there are beings with the will and empathy, we can fill with love those gaps left by hatred between races and genders.

Yoo Joo Eun, South Korean actress who took her own life at the age of 27

Christian Nodal will collaborate with BLACKPINK and Momoland