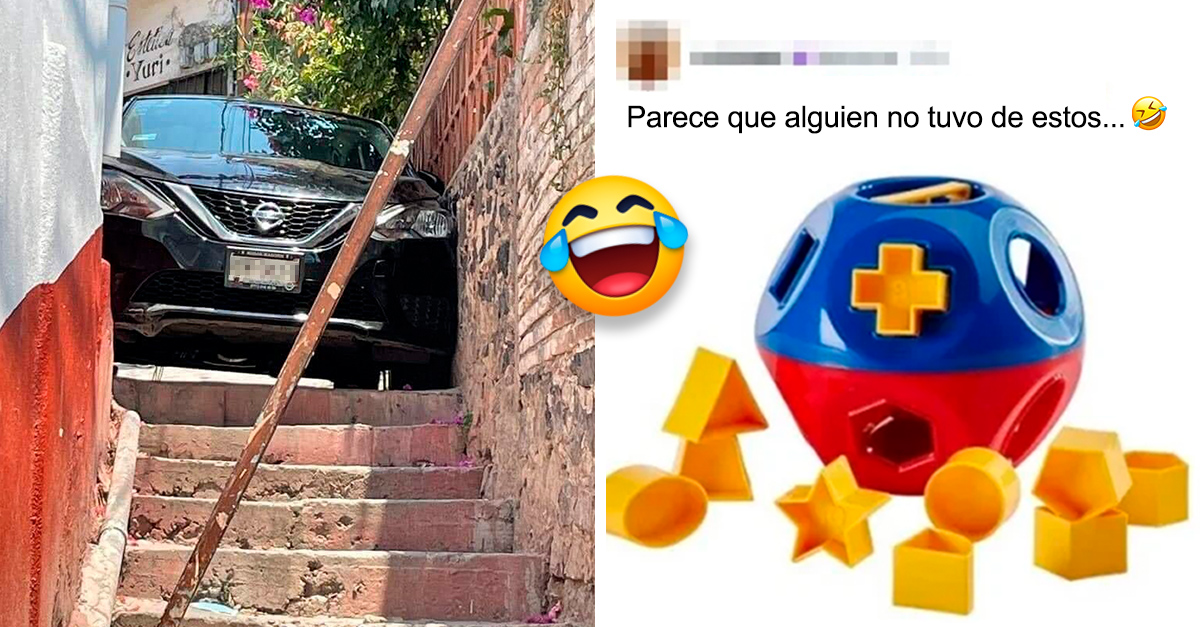 Currently, GPS is a very useful tool when it comes to locating and guiding us towards an address. However, it doesn’t always lead us along the best route and it often makes mistakes regarding the path we should take, so on some occasions we must resort to common sense to know which streets to take and which ones not.

However, the logic loses sense when we are tourists and we don’t know the place, so we leave all the orientation in the hands of the GPS. But it is not always a good idea, since what happened to the owner of this car can happen to us, who, when guided by the satellite orientation system, got stuck in an alley in the streets of Guerrero, Mexico.

The story of the stuck vehicle was revealed by Teresa Mendoza, a woman who shared the photos of the incident through Twitter along with the text explaining what happened in the streets of the Casahuates neighborhood in Taxco, Guerrero.

Tourists, originally from Morelos, got stuck when trying to pass a narrow alley with their car, “because of the GPS”, in the Casahuates neighborhood, in Taxco, Guerrero.

What do you think, was it by GPS or by… something else.
🫣 pic.twitter.com/e3nLKIoG21

Tourists, originally from Morelos, got stuck trying to pass a narrow alley with their car, ‘because of the GPS’, in the Casahuates neighborhood, in Taxco, Guerrero.

What do you think, was it by GPS or by… something else.

According to what Teresa wrote, the tourists were originally from Morelos and aboard a private vehicle, they decided to take a walk to get to know the city a little, until “the fault of the GPS” they got stuck when they tried to go through an alley.

The images of the black car squeezed between the walls of the alley did not take long to become popular on the social network, where users did not wait and made their comments about it. While there were those who agreed that Taxco is a death trap for tourists, there were others who said that the car driver was to blame.

The reactions and comments of the users before the curious fact were quite funny, so we made a compilation of the best ones and we leave them in the following list.

1. It would have been very helpful

2. And so you arrive at your destination

3. Only the lake was missing

He crashed his car while showing off his driver’s license.