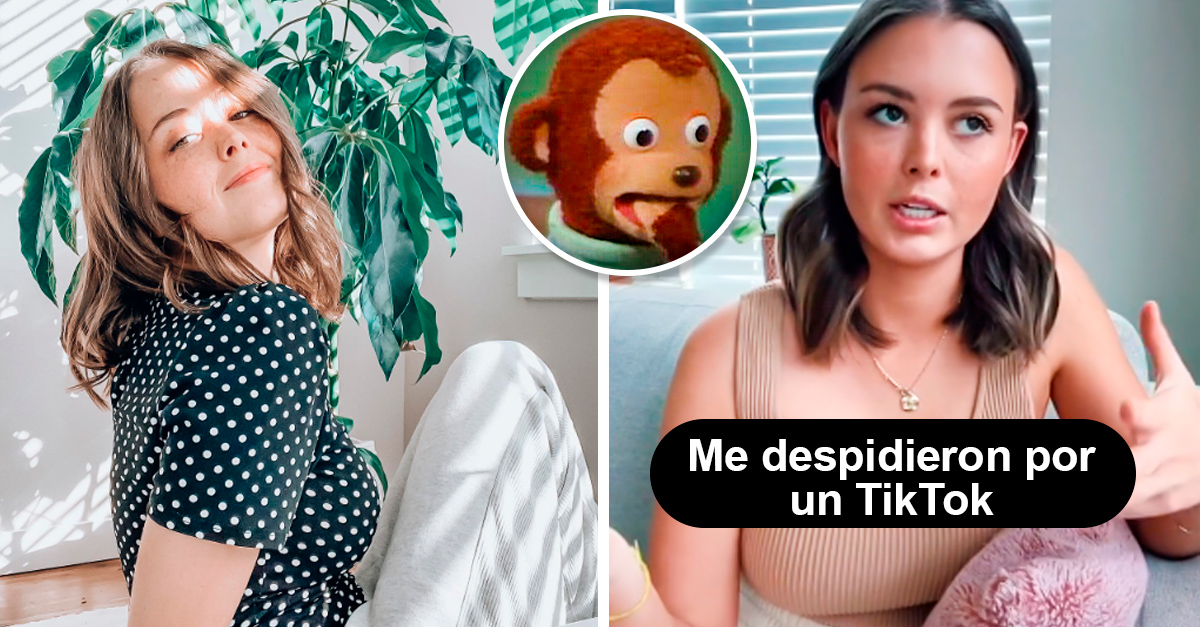 Surely at some point in our working life we ​​have made mistakes, because we are not perfect and “only God can judge us”, but there are mistakes that are not so serious and that with an apology or paying more attention, can be solved. However, there are also others in which if any rule is broken, it can be grounds for dismissal.

But there are cases in which even when a rule is not violated, it can be an excuse to be fired, because something about you simply did not beat the boss or because of something you posted on your social networks. That’s why it’s better to have a private account!

Something like this happened to Lexi Larson, a tiktoker that in his videos he revealed the salary he had in his new job and how he got it. Although her faults do not seem so serious, this was reason enough for the company to decide to fire her a few days after hiring her.

Although it is true that we are free to publish what we like on our social networks, there are policies that companies have to preserve their privacy and that of their employees and by signing a contract, we are accepting the terms and conditions. However, this was not the case.

The American girl said that after posting that video she was summoned by her employers to deal with her disagreement. However, two days later she was fired from her. Despite the fact that she deleted the video that caused the problem, her bosses claimed that they were doing it for security, because although it was not a serious offense, she could publish something private from the company.

Of course, Lexi looked for arguments to defend herself and one of them was that in Colorado, where she lives, it is not illegal for the salary to be made public, but the company considered that, for safety reasons, it preferred not to take the risk.

Fortunately, the girl did not remain unemployed, because after being fired from the technology company, it occurred to her to call one of her old jobs and they hired her again. Lexi learned her lesson and said that she is not going to post so many things from the workplace anymore to avoid going through this experience again. How delicate, darling!

Granny at 103 gets a job as an influencer

16 people who tried hard to do their job poorly.

Thalía’s loving message to her daughter Sakaë for her 15th birthday; she dedicated this song to him

fans break into the first concert in Chile