Tiktoker ended up performing on ‘Case Closed’ while on a trip 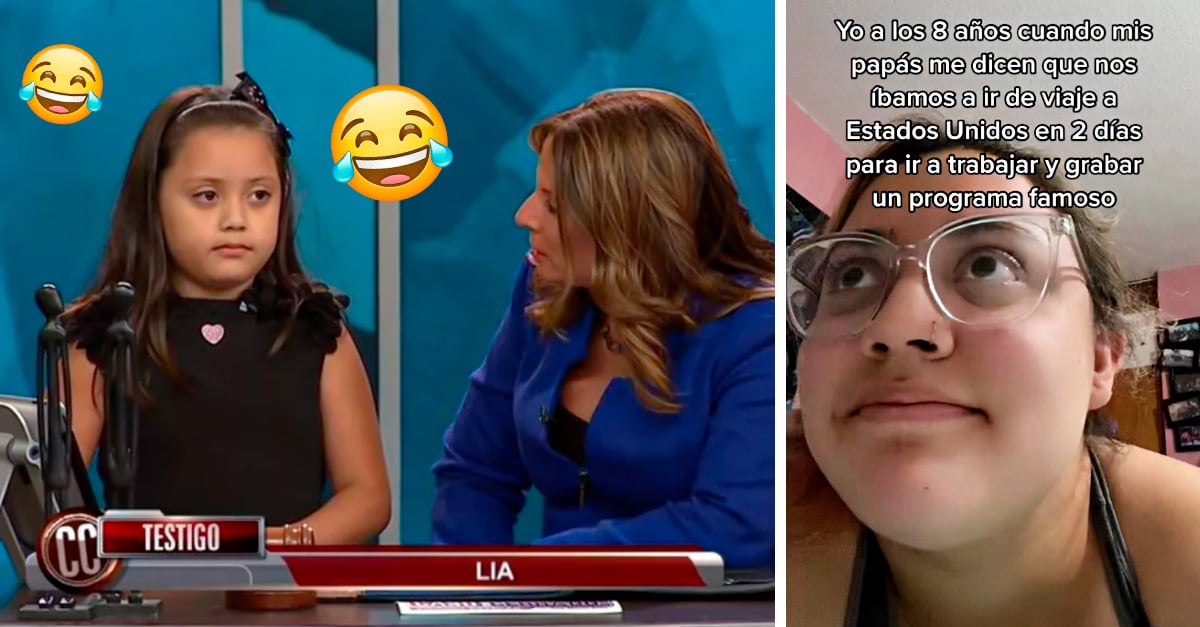 For many years there was uncertainty if the stories presented in talk shows with conflict resolution format as Case closed they were false or real, because some cases and guests were so bizarre that it was incredible that they were true.

However, on some occasions, some people have appeared who claim to have acted for the program by Dr. Ana María Polo. just like this tiktokerwho claims to have acted in Case closed during a trip with his parents to the United States.

Lia Kathe is a user on TikTok who went viral a few days ago after sharing that when she was eight years old, her parents told her they were going on a trip to the United States, but, contrary to what she thought, during their stay they were working for the famous tv show

With the song Gangnam Style In the background, the girl shared a short video in which she says that her father told her that they would go on vacation to the United States for a couple of days, without imagining that she would be part of one of Dr. Polo’s cases.

Me when I was eight years old when my parents told me that we were going to go on a trip to the United States in two days to work and record a famous program.

To the girl’s surprise, the story of her clip became popular on the platform. So much so that at the moment it has 14 million views, more than two million “I like it” and 12 thousand comments from intrigued users, who asked him to make a story time for the full experience to count.

Lia responded to the comments that asked for more details and shared more recordings in which she comments that they came to the program, since her parents were acquaintances of the producer of Case closedbecause they have always dedicated themselves to music and their mother was part of the Mexican rock band Las Ultrasónicas.

In another video, the girl made it clear that the idea of ​​her participation in the case excited her, since she had always liked acting and this was an opportunity to be close to achieving it.

In addition, Lia said that when they arrived at the recording studio, they were given a script so that they had an idea of ​​what they had to say.

Reply to @noeg2.1 #storytime 2 How I got out in #closedcase

Among the things that she revealed in her videos, the girl assured that the production paid them for the trip to the United States and that they gave each member of her family more than 50 dollars for appearing on the program.

The biggest challenge that Lia faced was that at her young age she had to say profanities, since the subject of her case was that the girl used bad words that she heard in the songs that her mother sang.

Then we leave you the complete chapter in which Lia appears:

Ángela Aguilar shows off her mini-waist while welcoming autumn

Tristan Thompson is caught holding hands with a woman in Greece