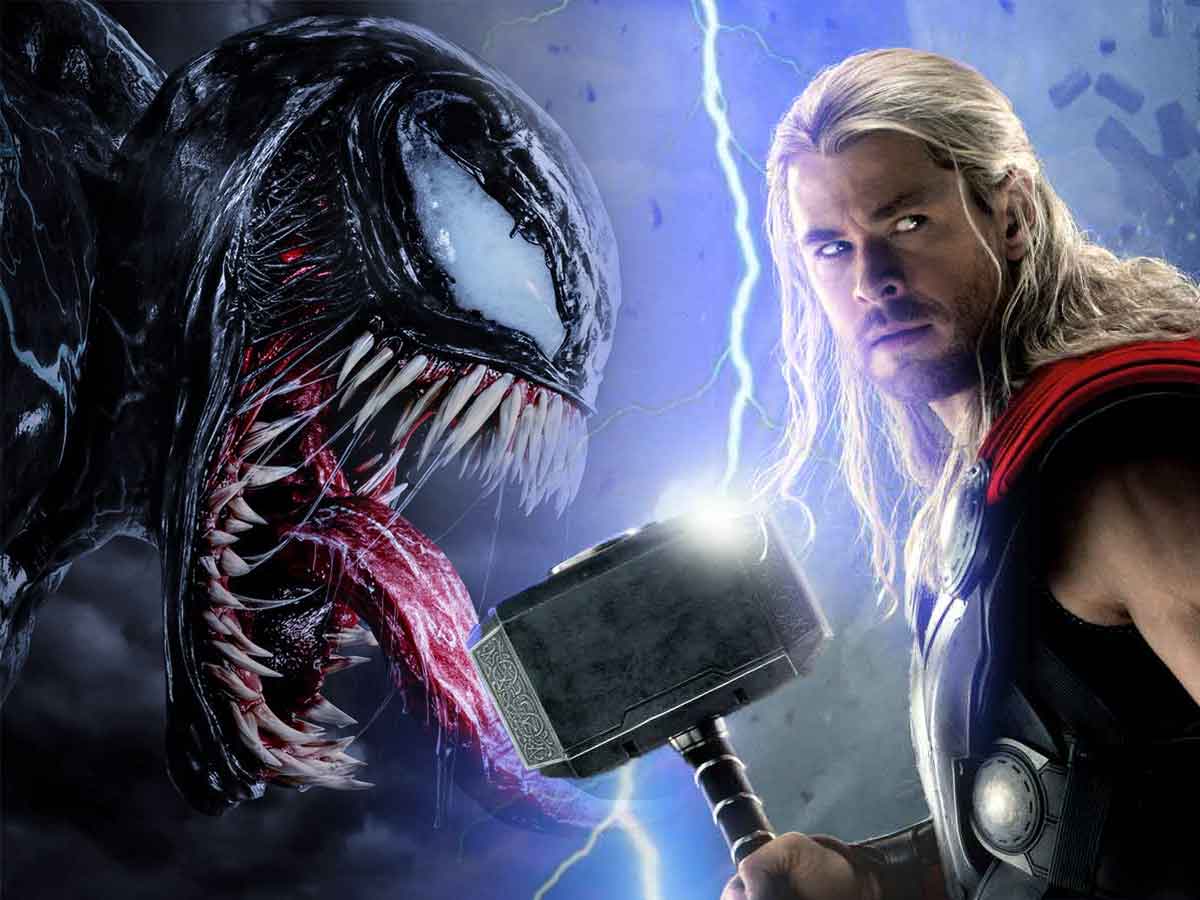 Venom is one of the keys to understanding the villain of Thor: Love and Thunder. Here is an explanation of the symbiote’s relationship with Gorr.

Many fans have speculated about the terrifying weapon that he will use Gorr the Butcher of Gods in Thor: Love and Thunder. However, readers of marvel comics they are well aware of the so-called necrosword. This sword is not only powerful enough to keep the various divinities of the universe at bay. It also has origins deeply connected with Venom and the symbiotes. But how important can this be in the movie?

The origin story of the villain of Thor: Love and Thunder

To understand the Necrosword, the first thing to do is tell how Gorr the Butcher of Gods came to possess it. A few days ago, the director of Thor: Love and Thunder, Taika Waititi, said that Gorr is “one of the most amazing villains Marvel Studios has ever produced.” So surely the backstory in the movie stays very true to the comics.

Before being known as “The Butcher of Gods”, the villain of Thor: Love and Thunder He was born on an unnamed planet. He lived all his days on the brink of starvation, starving. From his birth, he was taught to always honor the gods. However, these gods never answered his prayers.

After his parents died at the hands of fever and beasts, after the earth swallowed his pregnant wife, and after all his children starved to death, Gorr was expected to honor and cherish the gods. That he give thanks to the divinities. However, the villain Thor: Love and Thunder he couldn’t take it anymore. She could not bear so much loss and so much suffering. The death of his last descendant was the straw that broke the camel’s back and spilled it completely.

Gorr told his tribe that gods did not exist, that they only depended on themselves. They didn’t want to listen. They called him a “blasphemer” and condemned him to exile, to wander alone on his desolate planet until he died. As Gorr crawled across the flaming ground, yearning to die, something crashed onto the planet. Gorr investigated the event and found what appeared to be two gods. One had black armor and the other was covered in gold. The one in black looked like he was dead, with a spear stuck in his head. For his part, the golden one was still alive and asked Gorr for his help. This infuriated him. The gods had never helped him and his family. He had been left alone in his moments of greatest despair.

As if reacting to Gorr’s burning hatred, the black god weapon leaped at him and closed in. After killing the gold god with his new weapon, Gorr used it to leave his planet. He wondered if he could kill more gods with her. However, the god in black was not dead. his name was Knull and he was also known by the nickname “King in Black”.

Who is Knull, the “King in Black”?

Between the destruction of the sixth iteration of the universe and the birth of the seventh, there was a deity who slept in a place called Abyss. In Asgard they refer to him as ginnungagap. This place was a realm of complete darkness that spawned countless anti-life beings. Knull was one of them. The heavenly they disturbed the Abyss when they began creating the universe and awakened Knull. In retaliation for breaking the laws of the Abyss, Knull decapitated one of the Celestials. He did it with great ease. However, the rest of the Celestials ended up pushing Knull into the cosmic void.

Knull used the Celestial’s corpse as a forge and was able to craft a very similar weapon. he named her All Black. He abandoned his void and brought destruction to the universe. He annihilated anyone who stood in his way and embarked on a genocidal campaign against all gods and life itself. In that violent quest, Knull eventually ran into opposition from an army of golden gods. These used the power of light, the opposite of Knull’s. Knull was able to kill all but one. That’s when, fighting, they landed on the planet of the villain of Thor: Love and Thunder.

Pierced by a spear, All-Black abandoned Knull and joined Gorr, who had the same hatred for all gods. Gorr didn’t know it then, but he was continuing Knull’s quest to wipe out every god he came across. It took ages, but Knull eventually recovered from his head injury and began experimenting with his powers. He no longer had to rely on the All-Black sword. As a result of his experiments, dark Venom-style symbiotes were created that Knull used to lay waste to entire worlds with a flick of his fingers.

But, due to the actions of Thor half a galaxy away, Knull’s connection to his Venom-like symbiotes ended up being severed. This caused the symbiotes to betray him and imprison him. For millennia, Knull was locked in a cage on the symbiote homeworld, Klyntar, waiting for the day he could be released. Meanwhile, Gorr continued to use Knull’s weapon to kill the gods.

The power of the sword and the origin of Venom

Although she was never named Thor: Ragnarökthe weapon of Hello was named as a kind of Necrosword by The collector in an episode of What If? This indicated that there was at least more than one in the Marvel Cinematic Universe. Or that the generated swords were simply copies of the original Necrosword. However, the use of Hela was quite limited. The only abilities she seemed to display from her Necroblade was generating multiple copies of herself and shapeshifting.

This pales in comparison to Gorr’s power in Thor: Love and Thunder. Just looking at the marketing and merchandising, it’s already apparent that Gorr’s weapon will act much more like its comic book counterpart. Gorr can not only summon berserkers darkbut can also generate defensive black tendrils in true Venom symbiote style.

As for the comics, the Necrosword instantly increases its wielder’s strength, durability, speed, and reflexes. It practically makes him a god. Considering that Knull created the symbiotes like Venom, the All-Black is considered the first symbiote in history. The original. All of these abilities were employed by the villain of Thor: Love and Thunder in the comics to slay divinities and earn the nickname “The Butcher of Gods”.

However, the most dangerous power of the Necroblade in Gorr’s hands was the ability to muster entire armies. Similar to how Venom had spawned Slaughter from its own essence, the weapon was able to generate its own semi-sentient symbiotes that followed the will of the one who wielded the sword. remains to be seen if Thor: Love and Thunder will do the same in the movie.

Shine bath for hair, the key hairdressing treatment to do after summer

Does Harry feel like he is betraying his mother? He now he will have to bow to the queen consort

Dakota Johnson would not be Cassandra Webb