‘Thor: Love and Thunder’ (2022), review: the best film of Phase 4 multiplies the electric humor, the personality and the epic of ‘Ragnarok’ 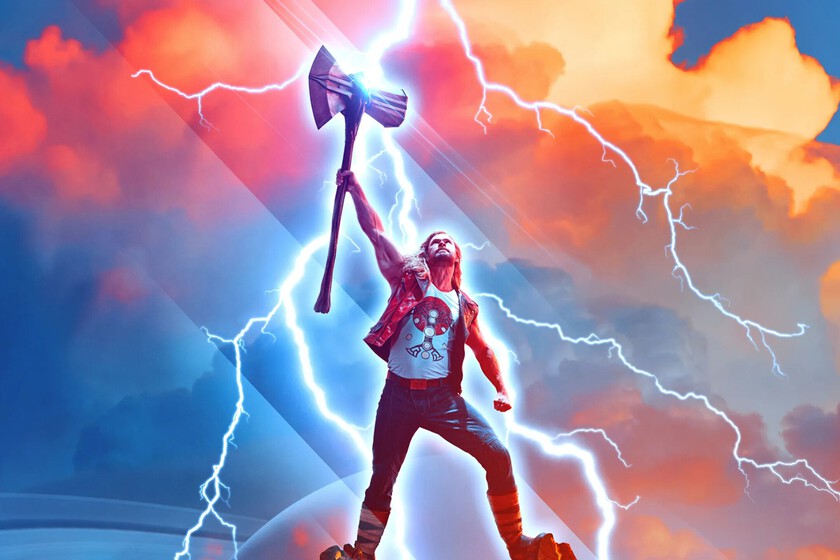 If you didn’t like ‘Thor: Ragnarok’ you’re not going to like ‘Thor: Love and Thunder’. Really. Save the entrance and the anger, because you know exactly what you’re going for: it’s directed by Taika Waititi, it has the same tone multiplied by two, more humour, more colors and more epic. But if you are one of those who enjoyed like children on a roller coaster, you are in luck: Let me tell you the story of the Space Viking, Thor, son of Odin.

‘Thor: Love and Thunder’ takes everything that worked in the previous installment and raises it to maximum power. There are images worthy of the most epic comic in the world, a soundtrack full of 80s rock, fights that are far from sticking to the Marvel formula, a joke (better or worse) per minute and lots of personality and charisma, something that phase 4 is not exactly left over. But, in addition, Taika Waititi adds something essential for the film to work even better than ‘Thor: Ragnarok’: a sentimental aspect.

The return of Jane Foster to the Marvel Universe brings with it two things: on the one hand, a few jokes (very well carried out) about her past relationship and the jealousy of seeing Mjolnir in other hands. For another, an emotional degree that elevates the film: The two Thors are closer than ever, but if you’ve already read the Jason Aaron stage this installment is based on, you know there’s going to be a serious dose of drama. And Waititi does not look away: without making sudden pauses in the rhythm of the film, introduces the tragedy and makes it a fundamental part of this adventurous delirium, making the result organic and flowing instead of stumbling between Kaffir humor and tearful drama.

Without a doubt, ‘Thor: Love and Thunder’ it is better balanced than the previous one: has more jokes and epic moments, but also knows that a look can move the viewer more than a thousand battles. It achieves what the first two installments of the saga did not achieve: that we believe that Jane and Thor are for each other, that they need each other and that their relationship makes sense. The film plays with the sense of divinity, the drama of being human and what we can do for love. And all this without stopping laughing for a minute. He has a lot of merit.

I put a quarter and a half of god

But only with this arrangement we cannot have a film of this caliber. That’s why Waititi recovers the other great saga of Jason Aaron, that of Gorr, the Butcher of Gods, which in the film has its pros and cons. On the one hand, Christian Bale and the makeup department have done a spectacular job recreating the character. But on the other hand, the very tone of the film makes lose much of its threatening side: As much as I enjoyed it, admittedly, it might not have been the best story to adapt.

After a few Marvel movies with rather mediocre villains (Scarlet Witch apart), Christian Bale comes to show that he is able to improve any movie with his acting alone. Gorr is as menacing as in the cartoons and the actor is able to give him a new layer of sadness and desolation increased by perfect and fascinating makeup, full of tattoos and scars. The first scene of him already tells you everything you need to know, a story full of melancholy without a drop of comedy in which it is not difficult to empathize with him and his revenge.

On the other hand, the saga of the Butcher of Gods is gruesome, violent, tragic and sad, and ‘Thor: Love and Thunder’ is only sometimes. Of course, not enough to give the character a chance to be a real threat. The tone is not right nor do they give him enough minutes on screen for us to believe that he is the most worthy enemy of Thor. The ending does it some justice though. maybe it would have been a better idea in the hands of another director. A little missed opportunity.

I’m going to tell you the story of Thor

Nevertheless, the rest of the decisions he makes are ideal: the appearance of the Guardians of the Galaxy, who pass the cameo and disappear at the right time; the prologue that seems taken from another film and at the same time fits perfectly with this one; the flashbacks that explain the plot gaps; the emotional (albeit very fast-paced) finale; the soundtrack; the fights; the new power of Mjolnir… ‘Thor: Love and Thunder’ this is the definitive thor moviealthough it will divide the public once again in an unfair way.

You may more or less like Thor’s evolution in the MCU, but it’s pretty clear that everyone in the creative cabinet feel more comfortable with a funnier and more relaxed Odinson than the version proposed by Kenneth Branagh. In this movie, not only does it not change, but everything is increased (yes, Valkyrie is not going to become straight all of a sudden) that can cause the anger of some fans, who, honestly, no longer have reasons to complain: you know from the poster itself if you are going to enjoy it of this new sequel or he’s going to storm out. If you choose the latter, it is, at this point, your fault.

‘Thor: Love and Thunder’ is the best movie of phase 4. At least, it shows that there is someone behind actively refusing to resemble the rest of the Marvel movies with an overwhelming personality of their own, which is seen from the first minute, who does not hesitate to laugh even at his own shadow and show his most emotional side when it is necessary. It has everything you’re looking for when you walk into the room: action with heavy metal iconography, electric guitar solos (watch out for the great song that accompanies the Marvel logo), evolving characters, continuous comedy and incipient drama. He bets everything and nothing is left in the inkwell. It is one of the most defining films of the MCU, a milestone and an absolute miracle.

‘The Beatles’ Before Fame: Never-Before-Seen PHOTOS of the Band Found at ‘The Cavern’ Club

It’s a Netflix miracle. Florence Pugh stars in a fabulous film about the power of the story and the need for fiction

Sylvester Stallone and Arnold Schwarzenegger: The rivalry they starred in and that few knew about