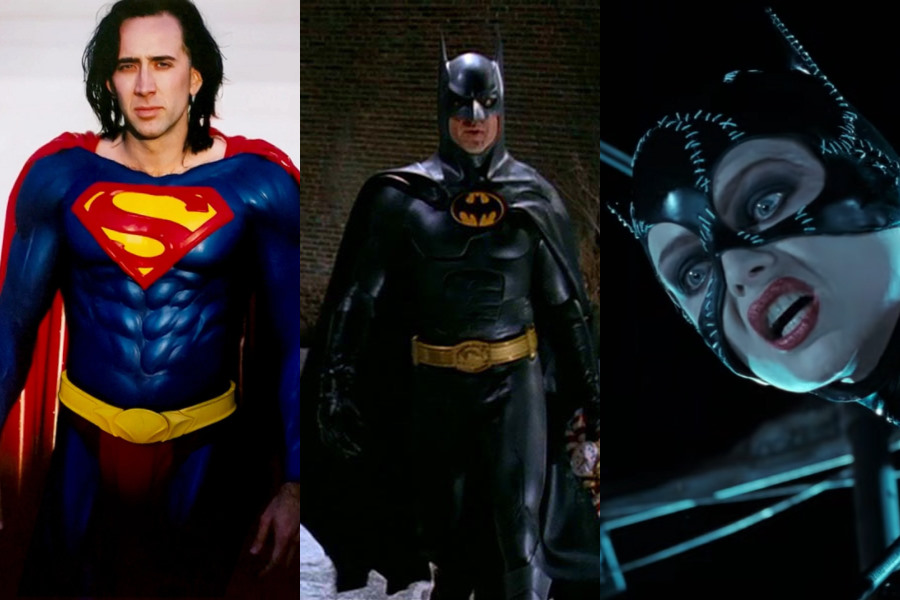 Superman Lives was just one of several canceled Tim Burton Universe projects for DC Comics that couldn’t come to fruition.

One of the directors who marked an era in the history of DC Comics is Tim Burton, whose films Batman and Batman Returns are acclaimed as great works within the DC Universe.

Do not miss: Why Batman II became Batman Returns?

However, after the filmmaker left for a third Batman movie, there were a series of plans for Tim Burton himself to start building a consolidated universe of movies, which did not see the light of day.

Superman Lives is just one of the canceled projects from the Tim Burton universe for DC Comics, which would have been as follows:

Tim Burton’s first film about the Dark Knight takes us to a Gotham City, which begins to meet a vigilante who operates in the shadows to fight the crime that has plagued the city.

This tape also brings us how Jack Napier becomes Joker, and how the clown prince of crime begins to operate in Gotham, seeking to liquidate Batman.

This second part is more in line with Burton’s style, presenting a darker plot with hints of horror and gloomy aspects, such as the appearance of Oswald Cobblepot, who is known as Penguin.

This film also told the story of Selina Kyle, who

In 1995, Batman Forever, directed by Joel Schumacher, was released, which marked a great difference in relation to the style of the first two films.

Tim Burton sought to direct this third film, which would have been titled Batman Continues, with Marlon Wayans as Richard Drake / Robin, Michelle Pfeiffer as Catwoman, and Billy Dee Williams as Harvey Dent / Two Face.

In 2004 Halle Berry starred in a film focused on Catwoman, which had nothing to do with the Batman mythology in the movies, although the ideas for the film were part of a project designed for the Burtonverse.

Michelle Pfeiffer would return as Selina Kyle, who had problems with memory loss, after the incidents of Batman Returns. Pfeiffer was in negotiations to reprise her role in this film, but the plans were cancelled.

In Batman Forever Chris O’Donnel was the actor chosen to play Dick Grayson / Robin, who was planned after his appearance to have a solo film, evolving into Nightwing’s alter ego.

O’Donnel himself revealed that after the events of Batman Forever, Dick Grayson was embarking on his career as a lone vigilante, before Warner Bros. ordered Batman and Robin.

In this shared universe masterminded by Tim Burton, Superman Lives is Tim Burton’s most remembered canceled film. A scene where Bruce Wayne, played by Michael Keaton, appeared at Superman’s funeral was even contemplated in Kevin Smith’s script.

Brainiac would be the main villain of this film that was finally canceled due to the poor results of Batman and Robin among critics, and Burton did not get involved in another DC project after Batman Returns.

It may interest you: Richard Drake: The Robin who could debut in Batman Returns

Batman: From the big screen to SMASH and DC Comics México

Nicholson… Keaton… Basinger… After the success of the Batman movie, DC Comics set out to attract as many moviegoers as possible to comic book stores, and their first step was an official adaptation of Tim Burton’s new blockbuster.

Created by comics legends Dennis O’Neil and Jerry Ordway, and published at a time when home video was still in its infancy, Batman: The Official Warner Bros. Movie Adaptation. it became the film’s “second round” for countless fans…and for many, it opened the door to a whole new world of sequential storytelling.

SMASH and DC Comics Mexico bring you Batman: The Official Warner Bros. Movie Adaptation, in an edition with never-before-seen content, in an authentic collector’s item.