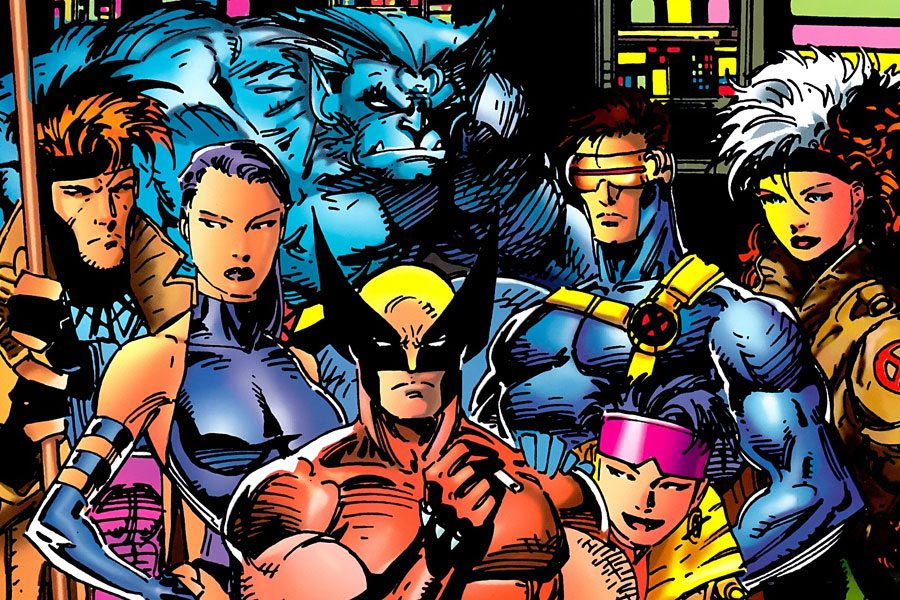 Before the first X-Men movie, in the 90s the influential Wizard Magazine gave their casting choices, and they were very interesting.

For two decades, from 1991 to 2011, Wizard Magazine was the go-to outlet for what’s new in comics and superhero culture in general. Such was its importance that it crossed borders and was sold in several countries. One of its most sought-after sections was Casting Call, through which the Wizard team proposed the ideal casting for nonexistent films inspired by Marvel and DC. As the most famous group of the ’90s, it was no wonder the X-Men received their ideal casting from Wizard. Twice.

Do not stop reading: Generation X of 1996: This was the debut of the X-Men in a movie

In those years, Stan Lee and James Cameron held talks to make an X-Men movie after the bankruptcy of the independent studio that had the rights. After that, Fox acquired the rights to various Marvel properties, including the mutants.

Against this background, the experts at Wizard Magazine proposed the ideal casting for the film not once, but twice.

From a distance, you probably do not recognize many of the proposed actors and actresses, of course, unless you are a considerable number of years old.

The most curious thing about this ideal casting for the X-Men of the 90s is that only one name was repeated in the selection of 1995 and 1998, and it was the one who finally did achieve the role that the Wizard staff dreamed of. That actor is Patrick Stewart in the role of Charles Xavier.

Without further ado, this is the ideal casting of the X-Men in the 90s according to Wizard magazine

In 1995, Wizard predicted that Patrick Stewart would play Professor X, which was fulfilled five years later in 2000’s X-Men. However, for Bishop he proposed Michael Dorn, a character who did not reach the cinema until 2014 in Days of Future Past, with actor Omar Sy.

For Colossus, the chosen one was Dolph Lundgren, known for being the villain of Rocky IV, Ivan Drago. Piotr Rasputin first arrived in 2003’s The Last Stand, with Daniel Cudmore bringing him to life.

While James Marsden was the right choice, Wizard had Michael Biehn in mind, known for his role as Kyle Reese (John Connor’s father) in Terminator.

At that time, the specialists read the rude Jean-Claude Van Damme, who finally debuted three decades later with Taylor Kitsch in X-Men Origins: Wolverine, seemed a good option for Gabit. For Storm they proposed the model Iman, although the role fell to Halle Berry.

Wizard’s choice for Psylocke was Tia Carrere, while she was briefly played by Mei Melançon in X-Men: The Last Stand and later by Olivia Munn in 2016’s X-Men: Apocalypse.

Do not stop reading: Humans vs X-Men: the most important anti-mutant groups in Marvel Comics

Of course, the ideal casting for the X-Men in the 90s according to Wizard magazine included Jean Grey.

The fictional casting luxury included Nicole Kidman as Jean Grey. Without a doubt, a great choice that did not materialize, but that left the way open for Famke Janssen. Not taking into account the then unknown Hugh Jackman as Wolverine, Glenn Danzig, the singer of The Misfits, was proposed instead. And for Cable, the huge Clint Eastwood, who was 65 years old at the time, was thought of. Nathaniel Summers made his live-action debut more than 20 years later, with 2018’s Deadpool 2 and played by Josh Brolin.

Magneto would be played by Rutger Hauer (Blade Runner), according to Wizard, but we finally saw, at first, Ian McKellen.

For Logan’s rival, Sabretooth, Clancy Brown, who played Kurgan in Highlander and Surtur in Thor: Ragnarok, was up for grabs. We all know that the chosen one was Tyler Mane at first and then Liev Schreiber.

White Queen would be performed by the actress whom we remember as the adoptive mother of Jessica Jones: Rebecca de Mornay. When Emma Frost hit the movies, January Jones played her.

Juggernaut has been brought into live action by Vinnie Jones, but he proposed to the now unknown professional wrestler Vader.

Be sure to read: Find out why Hugh Jackman felt lonely playing Wolverine in X-Men

However, he corrected the choice of Wolverine, upping the ante with a Robert De Niro in the wild look of Max Cady in 1991’s Cape Fear. And he added two founders of the X-Men: Angel, for whom he proposed Cary Elwes ( Westley from The Princess Bride) and Iceman, with Craig Kilborn (The Daily Show).

As Rogue came Charisma Carpenter, who has a long career on television, like Buffy and Lucifer. Sam Neill from Jurassic Park was proposed for Beast. And as Bishop they corrected with Morris Chestnut, who began his career by stomping with Boyz n the Hood.

Finally, three more villains arrived: Mr. Sinister, with Russell Crowe as a proposal and who needs no introduction. He was followed by Bastion, who would arrive with Scott Glenn, the Stick from Daredevil who in those years reached the top of the cinema for his performance as Jack Crawford in The Silence of the Lambs. Finally, the role of Apocalypse would have fallen to Brian Thompson, an actor with a long career in supporting roles. En Sabah Nur finally made it to the movies played by Oscar Isaac in 2016’s X-Men: Apocalypse.

You already met him, now tell us, what did you think of the ideal casting of the X-Men in the 90s according to Wizard magazine?

Marvel mutants await you in our online store with:

Dream-team of creators Joss Whedon (Buffy, The Vampire Slayer) and John Cassaday (Captain America Fallen Son and The New Deal) present this explosive X-Men saga, marking a return to storytelling greatness. classics, and the beginning of a new era for mutants!

Cyclops and Emma Frost regroup the X-Men for the purpose of “shocking” the world. But when the news announces that there is a cure to remove the mutant gene, tempers unexpectedly flare and the world is thrown into an inhumane, illegal and appalling chaos.

Also, a tragic death at the Xavier Institute for Gifted Youngsters reveals a powerful enemy living among the X-Men, someone they don’t suspect and no, it’s not Magneto! Will the X-Men be able to work together when they can’t even depend on each other? Will they put their plans on hold before they even start? How will they prevent genocide and the war over the antidote?

Geraldine Bazán remembers when she did a casting with Sergio Andrade: “They put me in a room”

the devastating real case that inspired the Netflix series

Belinda denies that she is in love on social networks

Alejandro Fernández sends an emotional message to his father, Don Vicente Fernández, on the Day of the Dead