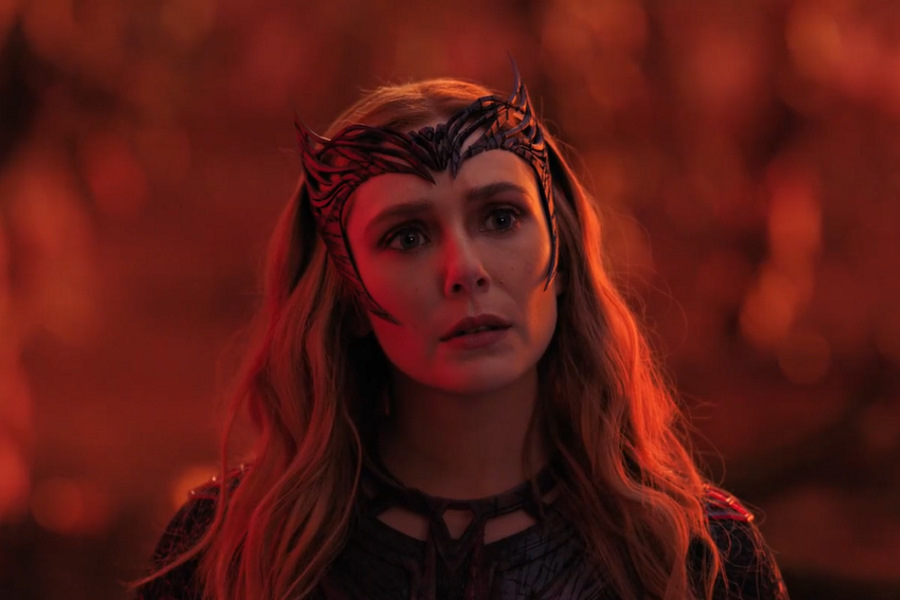 Do not miss the reaction of Elizabeth Olsen, who was finally able to see Doctor Strange in the Multiverse of Madness

Doctor Strange in the Multiverse of Madness was a film that surprised everyone, but as incredible as it may seem, the interpreter of Wanda Maximoff / Scarlet Witch, Elizabeth Olsen had not seen the film… until now.

After the premiere of the second Doctor Strange film, Elizabeth Olsen stated in some subsequent interviews that she had not been able to see the film in theaters, and even did not see the screening that Marvel Studios sent to her home.

This changed until this week, where Elizabeth Olsen’s reaction to seeing Wanda Maximoff in the second part of Doctor Strange is appreciated on social networks.

The video was uploaded to the official profile of the book that Elizabeth Olsen wrote alongside Robbie Arnet. This video has reached more than 200 thousand reproductions.

What is coming for Wanda Máximoff in the future of the MCU?

Regarding the future of Scarlet Witch in the Marvel Cinematic Universe, Elizabeth Olsen recently pointed out in an interview with ABC that she does not know what is coming for Wanda Maximoff.

“Nobody tells me anything, and I’m not even keeping a secret because I’m bad at it. I don’t know anything about my future”.

In Marvel Studios’ Doctor Strange in the Multiverse of Madness, the Marvel Cinematic Universe unlocks the Multiverse and pushes its limits further than ever before.

Journey into the unknown with Doctor Strange, who, with the help of mystical powers old and new allies. He traverses the mind-bending and dangerous alternate realities of the Multiverse to face a mysterious new adversary.

Enjoy the first trailer for She-Hulk: Defender of Heroes, now in its Spanish version!