This is what Xolo Marudueña looks like in the Blue Beetle suit! 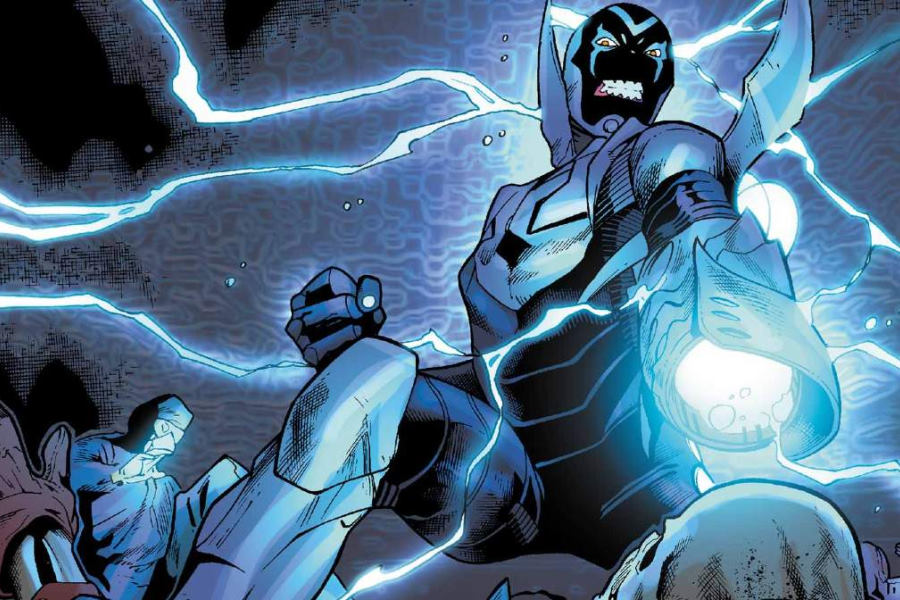 The first images of Xolo Marudueña with the Blue Beetle suit circulate on social networks, for the film that will be released in August 2023

The filming of Blue Beetle has begun, and one of the unknowns surrounding this film is the appearance of the hero in live action, once Xolo Marudueña wears the mantle of the blue beetle.

Do not miss: Xolo Marudueña already knows the suit he will wear in Blue Beetle

The site JustJared.com shared images from the set of Blue Beetle, where Xolo Marudueña already wears the costume of the hero in his third generation. These images have begun to circulate on different social networking sites

What do you think of the appearance of the new hero of the DC Universe?

The appearance of the suit in its live-action film version respects the original source of Blue Beetle, whose first appearance with Reyes as the hero’s alter ego occurred in the pages of Infinite Crisis #5 (March, 2006).

In the comics, following the passing of Dann Garrett and Ted Kord, Jaime Reyes is the third bearer of the Blue Beetle mantle in the comics pages, debuting in Mystery Men Comics #1 (Aug. 1939).

Blue Beetle is the third DC Comics movie confirmed to be released in 2023. The first is Aquaman and the Lost Kingdom, scheduled for March 17, and The Flash, which will arrive on June 23.

Xolo Marudueña leads a cast made up of George Pérez, Elpidia Carrillo, Adriana Barraza, Damian Alcazar and Oscar winner Susan Sarandon as Victoria Kord, the villain of the story

With the direction of Angel Manuel Soto and the stellar performance of Xolo Marudueña. Blue Beetle will hit theaters on August 18, 2023.

Accept The Judas Contract in SMASH and DC Comics Mexico

In the early 1980s, Marv Wolfman and George Pérez’s The New Teen Titans was DC Comics’ most popular title, and the series reached its zenith with the revolutionary plotline titled “The Judas Contract.” An epic multi-issue story that cleverly played on readers’ expectations and delivered shocking revelations and surprising twists at every turn.

From the retirement of Robin and Kid Flash to the birth of Nightwing, from the introduction of Jericho to the ultimate betrayal of a Teen Titan, The Judas Contract kept Teen Titans fans positively enthralled during its initial run, and still does. today.

SMASH and DC Comics Mexico brings you in their DC Modern Classics line, The New Teen Titans: The Judas Contract. The acclaimed work of Marv Wolfman and George Pérez that should not be missing from your collection.