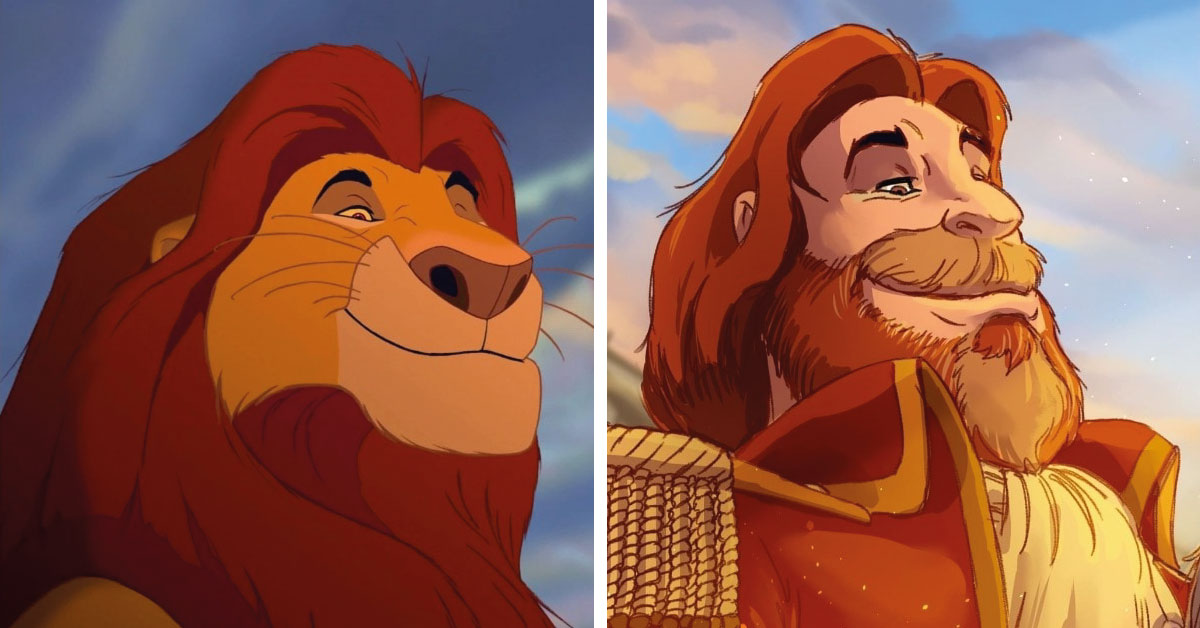 If you think of movies that marked your childhood, surely The Lion King is at the top of the list. That story where we see a lion cub go through many adventures to grow up and become the king of all animals is undoubtedly exciting. Getting attached to the characters and learning all the songs is very easy; that is why the tape has earned a place in the hearts of many people.

Disney is characterized by making films of this type, most starring animals. I mean, who wouldn’t want to see two dogs falling in love, or cats doing jazz, or an elephant that can fly? And even children growing up among animals in the jungle and speaking their language.

Although the house of the mouse also has many stories with humans, it is inevitable to think about how those protagonists of the animal kingdom would look like people. the brazilian illustrator Ricardo Mango this question was asked. So using his artistic skills, she decided to draw his interpretation of the characters from The Lion King as if they were human beings. The young man shared his illustrations on his Twitter account. instagram and we want to show you some of them.

Clarification: Simba and Nala appear in the first image with their daughter Kiara; however, in the first installment of The Lion Kingthere is no frame where Mufasa, Sarabi and Simba appear at the same time.

6. Simba and Nala as puppies with Zazu

8. Simba with his good friends Timon and Pumbaa

9. Simba and Nala as adults

10. Scar with his minions Shenzi, Banzai and Ed

Harry Styles, his controversial relationship with Taylor Swift and the songs that were dedicated

Hugh Jackman asks not to nominate Ryan Reynolds at the Oscars