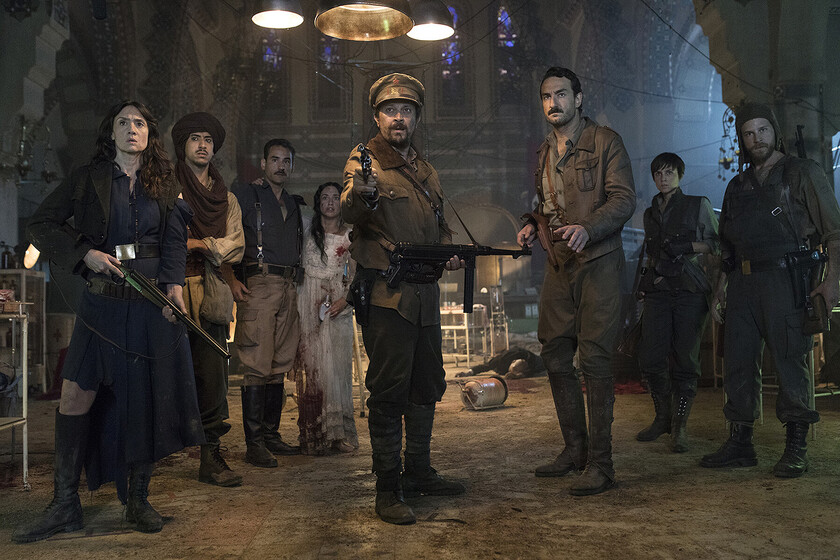 ‘Malnazidos’ has achieved a second life thanks to its arrival on Netflix. The film directed by Javier Ruiz Caldera and Alberto de Toro It has been the number 1 film on the platform in Spain for several days and everything indicates that there will be more people who see it there than in theaters.

That can cause many to overlook the fact that ‘Malnazidos’ has a post-credits scene that opens the door to a sequel we may never see. If you want to see it, you just have to wait until minute 97, since you don’t even have to wait until the end of all the credits to see it.

This is the post-credits scene of ‘Malnazidos’

If you simply want to know what happens in it, you have come to the right place. In the scene in question we go back to one of the trains that were left in dust in the great final battle and we see a hand move and we hear a growl, implying that it belongs to a zombie that has not died completely.

Most likely, the hand belongs to the SS commander (Francisco Reyes) executed minutes before by the character played by Aura Garrido when he said that he was about to attain eternal life. There is really no reasonable alternative -and it is also logical that he seeks revenge in case he retains some kind of consciousness-, since it is true that Jan (Mike Esparbe) cut off his hand, but he is not wearing any gloves when that happens.

This moment can be perfectly seen as a point to make sense of the realization of a second installment with the existence of a living dead especially. In addition, the characters of Garrido and Esparbé arrive alive at the end, so they could perfectly be brought back. The problem is that ‘Malnazidos’ it didn’t do too well at the box office -it raised just over 1 million euros in Spanish cinemas when it had cost more than 6-, so it would have to hit even more on Netflix for the sequel to be a real possibility.

if you are looking for more must see movies on netflixtake a look at our list of the best movies on the platform in 2022.

Gruner See in Austria | The mysterious green lake that “disappears”

The Legend of Thor’s Hammer

The best ideas to paint your nails with neon colors

The meaning of Queen Elizabeth II’s most beloved brooch that she inherited to her great-granddaughter, Princess Charlotte