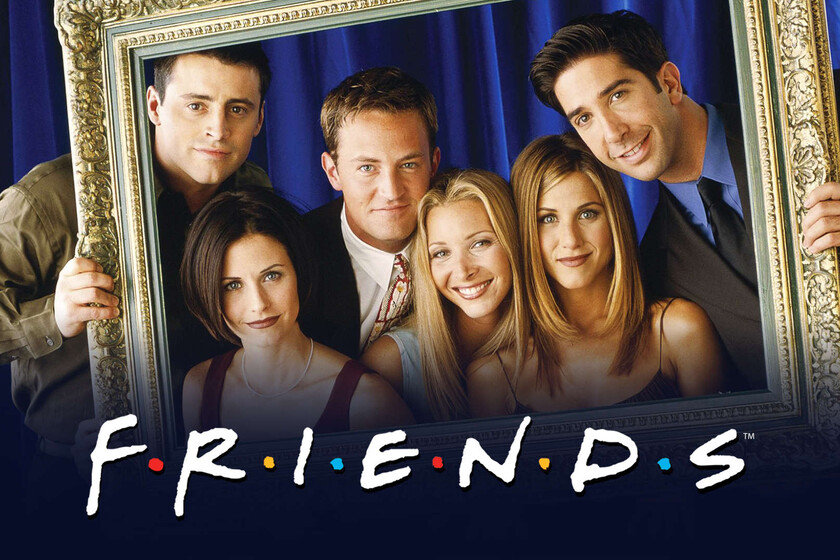 If there is a sitcom that we can say is the most influential in history, it is ‘Friends’. Released in 1994, this group of six friends accompanied us for ten seasons and, almost twenty years after its end, it continues to be one of the most viewed on platforms (currently on HBO Max) and the best known.

And if you’ve ever wondered who was the real protagonist of the series, or at least, who has had the most screen time. Well luckily we have the solution.

Alderidge Statistics, a Reddit user who has specialized in calculating these screen times in series and movies, made a graph in which we can check the evolution in the footage of each of the six main characters of ‘Friends’ throughout its ten seasons and 236 episodes.

As he correctly warns, the results have been obtained through a facial recognition algorithmso they may not be entirely reliable (poor Joey with his head in a turkey).

However, the data is more or less what we suspected: it is Ross (David Schwimmer) who has had the most screen timefollowed with some distance from Rachel (Jennifer Aniston) and with Chandler (Matthew Perry) completing the podium.

This corresponds to the fact that, despite its great collaboration, the common thread of the series has always been the relationship between Ross and Rachel. Something that started to explode between the end of season 1 and season 2. NBC executives, aware of this, decided on a raise for Aniston and Schwimmer. The latter did not agree.

Coming from the world of theater (where everyone was paid the same), the actor did not feel comfortable charging more than the rest from his peers, so he convinced Jennifer Aniston to fight for her four peers to receive the same raise, even if it meant giving up thousands of dollars.

“We all did exactly the same amount of work, I would not have felt comfortable knowing that I earned more”, Aniston would declare, recalling how since then the entire group began to negotiate as a block. A decision that got rid of some bitterness on set.

Notorious was the negotiation carried out back in 1996. Since then, the six protagonists of ‘Friends’ they have negotiated their salary en bloc, with the maxim that everyone should earn the same. In the words of Courteney Cox:

«I thought that the most important thing was – like everyone else – that we all be the same in each and every one of the aspects. That was the first time that people have stood together in a cast. I think for productions it was terrifying after that.”

In this way we reach the culmination, with the great negotiation for the final seasons of the series, where the salary rose exponentially to reach a million dollars per episode. More or less, the salaries per episode per season were as follows:

But not only did they block negotiate their salary per episode, but also the percentage of money they would receive for syndication (a system that ‘Friends’ entered in 1998). and the benefits that comedy would end up reporting in different aspects.

In fact, it is estimated that in terms of royalties, between sales, rebroadcasts and streaming, each of the six protagonists still receives between 20 and 25 million of dollars per year.

They discover drugs in sponges against Alzheimer’s and covid-19