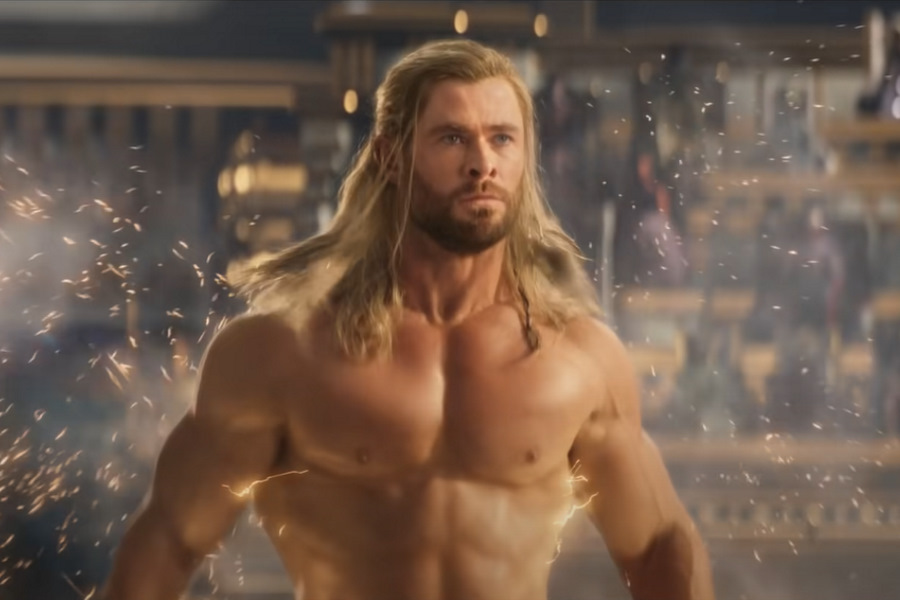 The most difficult scene to film in the history of the Marvel Cinematic Universe involved Thor’s bare butt, something recounted by those in charge of Thor: Love and Thunder

Thor: Love and Thunder has already set a record in Marvel Studios productions by being the first film to feature partial nudity, one of the most played scenes in the trailer, which involved a real struggle for the production team to film the bare bottom. of Thor.

Don’t Miss: Can You Guess The Most Viewed Part Of The Thor Trailer?

As SMASH reported it to you in a timely manner, in the final part of the second preview of Thor: Love and Thunder, a scene can be seen where Zeus, played by Russell Crowe, uses his power to strip Thor of his clothes, leaving him naked, which impress those who accompany Zeus.

In an interview with Deadline on the red carpet for Thor: Love and Thunder, cinematographer Barry Baz Idoine acknowledged that Thor’s bare-bottom scene was a major challenge.

“It’s incredibly difficult to film Chris Hemsworth’s butt. I mean, no one is concentrating, no one is doing their job, they are all looking at their asses, they are not looking at what they are supposed to be doing. that was a challenge”.

Was there resistance at Marvel to this scene?

The same director Taika Waititi pointed out that from the first drafts of the script for Thor: Love and Thunder, the scene of the God of Thunder and Zeus was stipulated.

“We all knew we wanted to do it from the beginning. In fact, that was in the first draft of the script and Chris was on board too.”.

With his trademark sense of humor, Waititi noted that this scene is a gift to audiences, as they couldn’t “waste” Hemsworth’s presence.

“If you have a body like Chris you understand these kinds of scenes. It would be a waste not to show it. It would be a crime against humanity. So, you know, you have to provide for the masses”.

You can also read: Can you guess what the most played part of the Thor trailer is?

How to watch Chanyeol in the musical Meissa’s Song live

everything we know about the long-awaited prequel to ‘Supernatural’

Test: Am I a toxic girlfriend?

Marvel announces a marathon for Thor: Love and Thunder