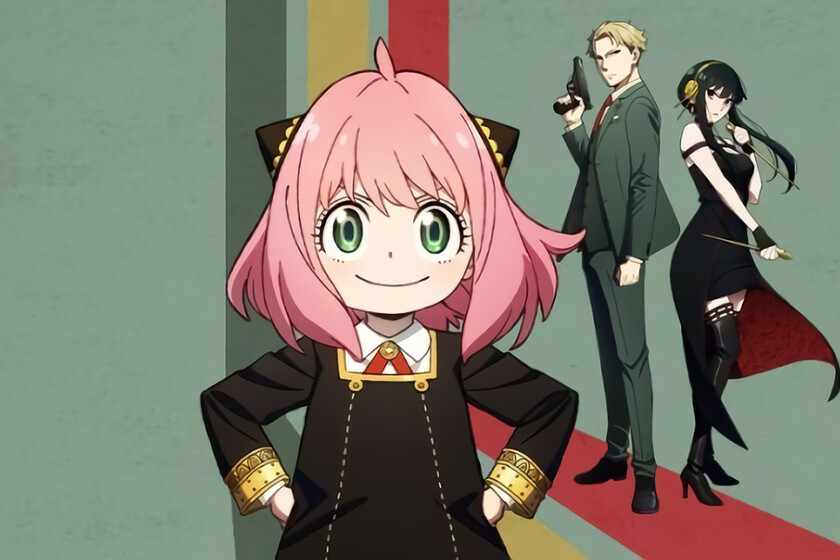 ‘Spy x Family’ has practically led the rest of the spring premieres and has become the great series of the season. Anime anime has catapulted manga sales and is the star series in Japan, and a big part of its success is that it has something for everyone.

Because with its perfect blend of family comedy and spy thriller, ‘Spy x Family’ keeps us hooked on the familiar Forger and its secrets and missions, and one of the great features of the story is undoubtedly its aftertaste of classic spy movies.

It’s not a secret that ‘Spy x Family’ is full of references to spy movies, although the most direct ones are obviously to James Bond and we have quite a few from the first episode of the anime. From the outset, the series transports us to a setting very similar to that of our world when ‘Casino Royale’, the first James Bond novel, was published in 1953 in the early stages of the Cold War.

In the first chapters they already make it clear to us that espionage between nations and agencies is the order of the day, and we are presented with the two main enemy nations that have been at war until very recently: Westalis and Ostania. The references to Cold War Europe are not only clear to us with the aesthetics and the names of territories and characters, but also with setting details such as press releases and comments that are dropped on the series.

So to reflect the era of the CIA, KGB and other organizations, in ‘Spy x Family’ we also have our own spy agencies, with Loid Forger and Sylvia Sherwood representing the Intelligence Service from Westalis and Yuri Briar from Ostania. The tension between both countries and their respective organizations reflects very well the setting of the classic Bond movies and the mangaka himself Tatsuya Endo He has not hidden when it comes to showing his love for the Ian Fleming saga.

During the Twilight missions (aka Loid Forger) we can see him using a good number of gadgets that we have seen in classic spy movies such as Hidden phones in briefcases or plastic masks to dress up as. The references do not stop at Loid alone, as Yor also exemplifies in many ways the femme fatale archetype when she’s on a mission as an assassin, though she’s also subverted as she further explores her lovable, comical side.

In a more subtle way, Frankie also serves as a reference to several archetypes of these films, since it also reminds in many ways the snitch informant and at the same time has a role similar to that of Q to Bond, assisting Twilight during her missions with information or material she may need..

My name is Forger, Anya Forger

Endo has also left us with a few more clear references, especially with Anya and her love of spy series. The little Forger’s favorite series is ‘Spy Wars’who follows a spy named bondman during your adventures.

The creators of the series are well aware of the Bond flavor of the anime, and are the first ones who have also tried to make their homage to the 007 classics with the official art of the series with the characters in a composition very similar to that of movie covers. Although it has just the right differences so as not to raise copyright infringements, the car in the illustration even gives a certain air to the iconic James Bond Aston Martin DB5.

‘Spy x Family’ follows the Forgers, a seemingly charming and very normal family. Yes, they are charming, but in reality, each member has their own secret that they hide from the others. Yorthe mother, is a hired assassin, Loidthe father, is a spy infiltrated in enemy territory, and the little Anya she is a telepath and the only one who knows the true identity of her adoptive parents.