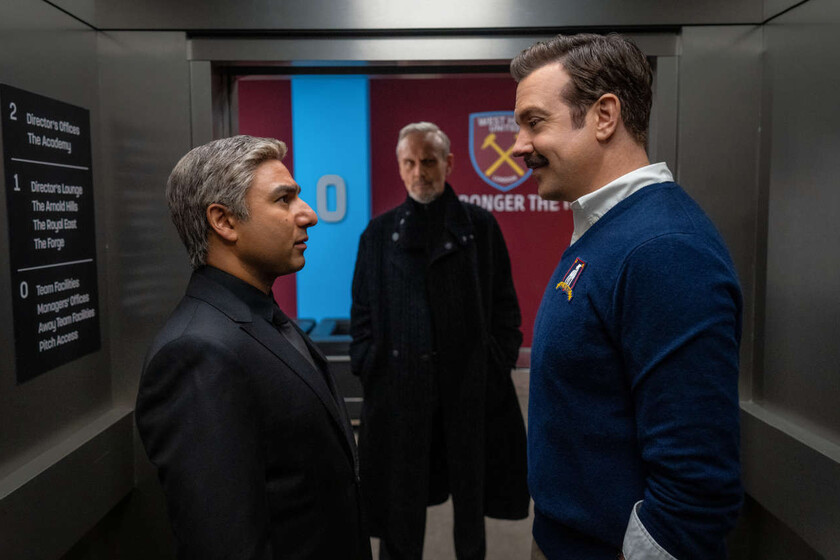 Within the framework of the TCA press tour, this time Apple TV+ was the eIn charge of anticipating the next series that we will see on the platform. And note that among the upcoming news are the returns of great comedies such as the highly acclaimed ‘Ted Lasso’, ‘Schmigadoon!’ or ‘The Afterparty’, among others, of which we already have the first images.

We start with the multi-award winning ‘Ted Lasso’, who will return with his season 3 (and presumably last) next spring 2023. Although there is no synopsis, we will surely have the competition between Richmond and the team coached by Nathan (Nick Mohammed).

Three weeks later, the 28th of April, we will be able to see season 2 of ‘The Afterparty’, which will have a new mystery. Detective Danner (Tiffany Haddish) will team up with Aniq (Sam Richardson) and Zoë (Zoe Chao) when the groom is murdered at his own wedding. Elizabeth Perkins, Zach Woods, Paul Walter Hauser, Poppy Liu, Anna Konkle, Jack Whitehall, Vivian Wu, John Cho, and Ken Jeong complete the main cast.

On the other hand, a couple of months later, in junewe will have season 2 of ‘Swagger‘, the sports drama produced by Kevin Durant and inspired by the NBA star’s experiences in youth basketball. These episodes will again feature O’Shea Jackson Jr., Isaiah Hill, and Shinelle Azoroh, among others.

But the Apple TV+ programming for next spring is not only nourished by expected returns. ‘Extrapolations‘, the ambitious Dying Earth anthology from Scott Z. Burns, will be released on March 17; ‘The Last Thing He Told Me‘, a family drama starring Jennifer Garner, will hit our screens on April 14th, next to the family series’Jane‘, inspired by the work of biologist Jane Goodall.

Already in May, specifically the 12we will be able to seecity ​​on fire‘, the new series from the creative duo formed by Josh Schwartz and Stephanie Savage (The OC), about a girl who is shot in Central Park and who may be a key piece in the investigation of fires throughout New York.

Finally, in spring we will also see ‘The Big Door Prize‘, comedy starring Chris O’Dowd about a mysterious machine that will forever change the lives of the town’s residents by revealing its true potential.

feed on something else

Willow is coming and here we present her cast