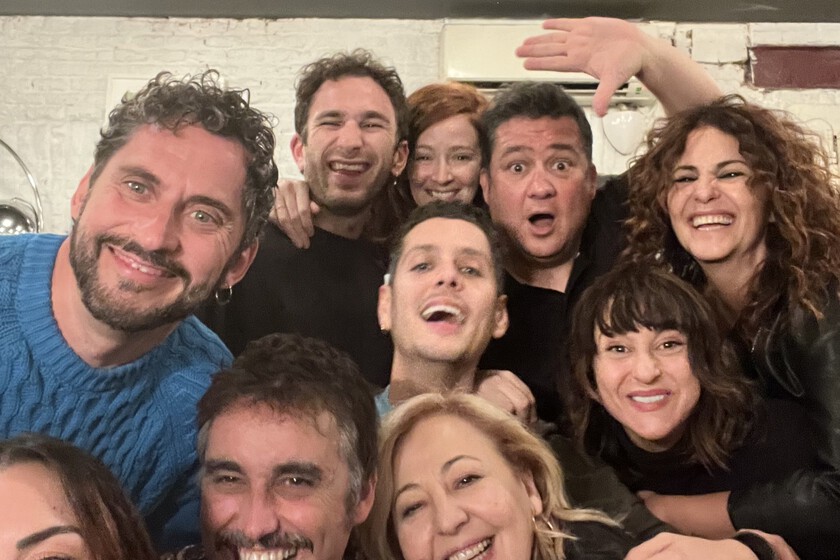 There are many of us who did not understand Sunday nights without our portion of ‘Aída’ on Telecinco. That is why many of the fans have been especially excited about this reunion in these years in which nostalgia has recovered many fictions such as ‘The protected’ or ‘Physics or chemistry’. But of course, to return, the change in the actors is more than significant. How have the actors of the series changed 18 years later?

Eighteen years have passed since we first heard Paco León say that “of course, since Luisma is stupid…” And now, the Sevillian actor has established himself as one of the most sought-after directors in our country for films. like ‘Carmina y Amen’, ‘Kiki, love is made’ or ‘Rainbow’.

There are already many papers that have distanced the figure of Ana Polvorosa from that of Lore. ‘Las chicas del cable’, ‘Pieles’ or ‘La Fortuna’ are just some of the productions in which the actress has continued to develop as an interpreter since the end of ‘Aída’.

The actor from Malaga soon carved out a path beyond being Luisma’s right hand in the role of Barajas. ‘Cuerpo de élite’ or ‘Fuga de cerebros’ are some of the comedies that Canco has starred in, as well as participating in programs such as ‘Tu cara me suena’ or ‘Martínez y Hermanos’.

Carmen Machi became, thanks to the series, one of the most renowned actresses in our country. There are innumerable tapes in which we have been able to see her both enhancing her comic face as in ‘Mother’s love’ (Netflix) or ‘Eight Basque surnames’ and even completely changing the third as in the HBO series ’30 Coins’ or ‘ The bar’.

David Castillo began his career as a child as El Jonathan. However, already being a man, we have continued to see him both on the big screen and in series in adult roles such as ‘Amar es para siempre’ or ‘La última’ (Disney+), where he shares a cast with Aitana and Miguel Bernardeau .

Eduardo Casanova always boasts that Fidel was the first gay child character in Spanish fiction. Since then, the actor has become more and more of a director and less of a performer since, according to his own admission, he feels more comfortable taking the reins of productions. ‘Skins’ and ‘La piedad’ have become benchmark works of groundbreaking cinema.

Melani gave life to Paz in the series. Since then, she has also become a regular face of Spanish fiction, especially in comedies like ‘La reina del pueblo’ or ‘Bienvenidos a la familia’, although she has also been featured on television shows like ‘Masterchef Celebrity’ or the ‘Deluxe’.

Yet another example of how ‘Aída’ has created a great pool of actors in our country. Miren has not stopped working since the end of the series, starring in others like ‘La que se avecina’, ‘Supernormal’ or ‘Arde Madrid’ and films like ‘The Game of Keys’ or ‘Dad or Mom’, along with her former co-star Paco León.

It is impossible to forget Macu from ‘Aída’. Pepa Rus managed to be the battle partner of Ana Polvorosa (La Lore) in the series, but also to stay in the world of acting in series like ‘Love is forever’, ‘Gym Tony’ or ‘La que se avecina’.

second of the rose

The homosexual cousin of the retrograde Mauricio Colmenero (Mariano Peña) also went over to directing with ‘El Cover’ (Amazon prime video). However, there are many other productions in which we have been able to see how Secun grew both as an actor and in the theater. ‘La llamada’, ‘El bar’ or the recently released ‘Cristo y Rey’ (Atresplayer) are just some of them.

great series on Disney+ about the difficulties of public school