this impressive adaptation of DC with Natalie Portman, carried out by the directors of ‘Matrix’, arrives today on the platform 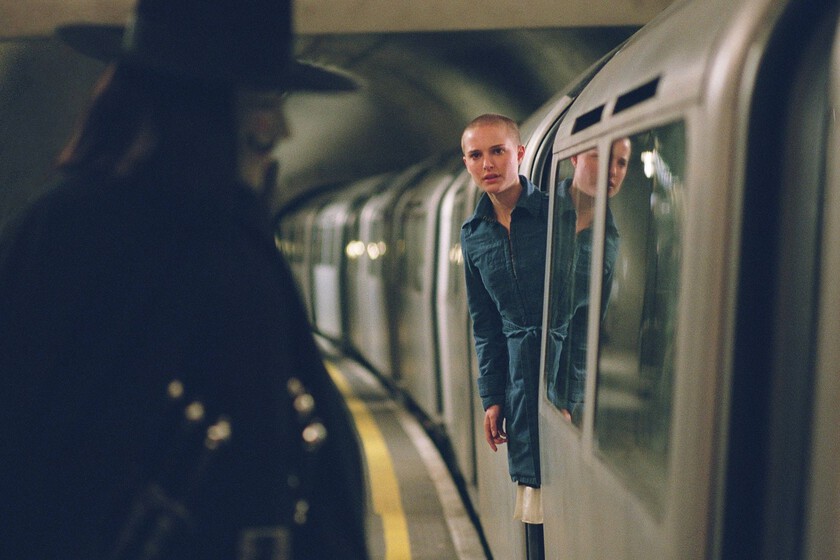 The DC name is invariably associated with superheroes.. It stands to reason, having several of pop culture’s biggest and most recognizable heroes in its catalogue. It does not mean, however, that an adaptation of a DC comic necessarily involves tights. It can imply, for example, the name of David Cronenberg, as in the case of ‘A history of violence’.

You can also team up with ‘Matrix’ directors Lilly Wachowski and Lana Wachowski. Together they scripted, produced, and assisted regular collaborator James McTeigue in bringing a great Alan Moore graphic novel to the big screen. An adaptation that remains iconic. That’s ‘V for Vendetta’, the famous movie that you can see today on HBO Max.

The film, like Moore’s comic, poses a not-too-distant dystopia in which the United Kingdom is ruled in a totalitarian way by a tyrant (John Hurt). There’s a curfew restrictions on freedoms and more violations of human rights carried out by the Statebefore which citizens have no choice but to keep their heads down so as not to suffer reprisals.

In the midst of this situation, a young woman (Natalie Portman) comes into contact with a masked man (Hugo Weaving) who sells her a speech full of longing for freedom, where it is the State that fears the citizens and not the other way around. Hidden behind a mask that evokes the revolutionary Guy Fawkes, this strange man will unfold an ambitious and dangerous plan to overthrow the fascist government.

It is very easy to connect Moore’s speech of freedom and rebellion with the Wachowskis, since his most famous saga connects precisely with those ideas. And, just like in those movies, dares to go a little further dissecting the complex figure that is calling for revolution. Is he a savior? A terrorist using a just cause? Merely an avenger? The film tries to delve into those moral complexities while trying to make an accessible and entertaining film.

‘V for Vendetta’: daring and complex

For a story that makes little use of spectacular moments, McTeigue and his team manage to make a very visually appealing film, which expands on the good design ideas already presented in the graphic novel. Get a well-paced movie with notable action while still making an interesting exploration of ideas about vigilantism and waking up the population at any cost.

It is a film much more daring in the ideological than its popularity may imply. Many modern revolutionaries have stolen his iconography and traced his speeches without scratching the surface, which is also capable of leaving interesting conflicts between the characters of Portman and Weaving. That good dramatic work they do a very remarkable film, which has managed to withstand time better than one might think. For that reason alone, it is a tape that must be recovered.

What you need to know about Rosalina

Henipavirus the new virus detected in 35 people in China

VIDEO: Karol Sevilla sends a message to her ex-partner, Emilio Osorio, amid rumors of a new romance

Season 13 of ‘La que se avecina’ will finally feature José Luis Gil, but not in the way we all wanted