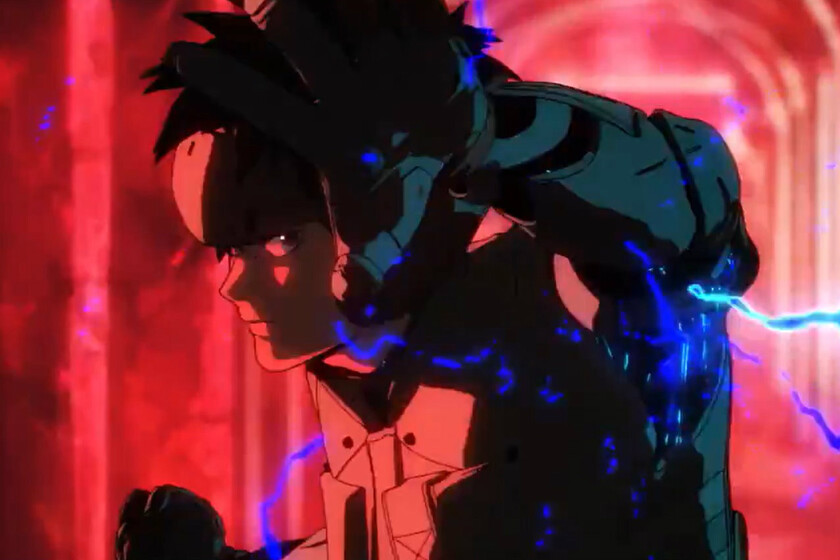 This month Netflix has been put in “vintage mode” in terms of anime, because if the new series of ‘Bastard!!’ is about to fall, the platform has been released right now with ‘Spriggan’a new adaptation of the adventure manga by Hiroshi Takashige and Ryōji Minagawa.

‘Spriggan’ part of the basis that a highly advanced ancient civilization once populated the Earth, although they were destroyed by their own creations. As a warning, they left a series of tablets warning about the use of this technology and over time many legends arose about them in various civilizations.

This is where various organizations and military forces come in, who try to get hold of these artifacts to destroy them or to use them for their own benefit. The ARCAM Corporation has a type of specialized elite soldiers known as Spriggans, and the anime introduces us to the agent’s adventures. Yu Ominae during their missions to get hold of this lost technology.

‘Spriggan’ It already had an anime movie that was released in 1998 and the story is a classic among action and science fiction manga, so revamping it was not an easy task. The new series is animated from David Production (‘JoJo’s Bizarre Adventure’), with Hiroshi Kobayashi as director and Hiroshi Seko as a screenwriter… and the result is a promising start, although there is still a bit of polishing to be done.

‘Spriggan’ has a 90’s manga aftertaste, with villains explaining their techniques to you by honking their horns during fights and a teenage protagonist who has to balance his high school life with his identity as a secret agent. The animation also leaves this aftertaste to shonen of the time, both in character design and in the way the action unfolds, so the nostalgia element is also one of the strengths of the series.

because of course 2D animation is the star of the track in ‘Spriggan’, with the fair use of CGI in certain combat sequences, which also improve as the episodes progress. Of course, you have to be ready not to make too much sense of some things and get into the game of what the series proposes, which is pure and hard entertainment and lots of action.

Yu’s adventures take us across the globe, with each episode setting us in a different territory and exploring different aspects of the ‘Spriggan’ mythology, so these forays don’t get too repetitive. And of course, this format also allows us to meet different enemies and allies, each with their own set of skills, impossible armor and huge weapons.

Each chapter works perfectly independently, showing us a specific Yu Ominae adventure.and although it is a very interesting format to continue developing the protagonist and show us more of the global conflict, it is true that the lack of a guiding arc leaves us a bit hanging at the end of the season.

Because in the end, the series leaves us with a bit of an uneven rhythm, especially having such long chapters of about 40 minutes in which there are moments when nothing is happening and suddenly the action is everywhere. While the high school plotlines are understood as “necessary” for Yu’s character, it’s also true that the teen drama feels too out of place and a bit shoehorned in..

Although there are some characters that repeat and certain events are mentioned, practically each episode can be seen individually without fear of missing anything. So when it comes to continuing with the story, the possibilities of continuation are many and almost infinite if its creators decide to use original material.

Because there is still no news of a possible second season, but taking into account the original material of the manga, there are still about 4 entire volumes left to adapt in addition to parts that have been left hanging. Without giving you spoilers, the last chapter of the season leaves us with a small hook in the face of a possible continuation to anticipate that Yu’s personal life is going to get even more complicated.

The first season of ‘Spriggan’ has been off to a good start, with a lot of pacing to polish off, but a lot of potential for the future. More than a first season, it feels like an introduction to Yu’s day-to-day life and the entire mythology of ‘Spriggan’, so now it only remains to be seen if we will actually have a continuation and an arc that ends up uniting everything that is has been showing so far.

Horse that hugs and comforts its keeper goes viral

Cazzu, Christian Nodal’s girlfriend is PREGNANT? These PHOTOS could be the proof

Galician-style hake, the easy and infallible recipe that is like the fried egg of fish